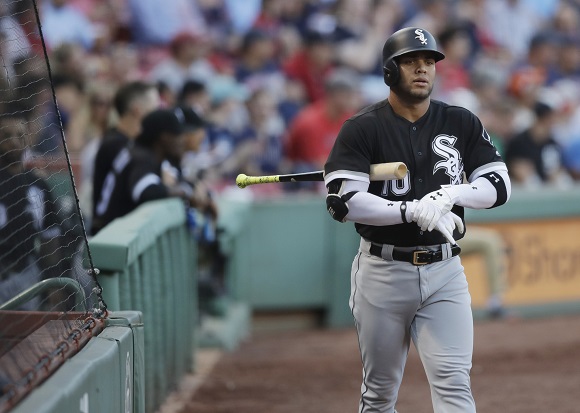 Didi Gregorius: I have to keep mentioning my man Didi until his performance tells me not to. Didi is currently the highest scorer on ESPN’s player rater and shows no sign of slowing down. When the Yankees acquired Didi as their Jeter replacement I was a fan of Didi from a fielding perspective and saw him as a proper bridge to a Yankee shortstop prospect (at the time Jorge Mateo.) Now, Didi should be serving as an example to all underperforming players on how to completely transform your career. He’s gone from an after-thought, defense first placeholder to the most valuable player on the most important franchise in baseball.

Corey Seager: On the flip side, Corey Seager has struggled out of the gate. Before Opening Day this year you could ask anyone who follows baseball which shortstop they’d rather have on their team (fantasy or real) and the answer would have easily been Seager. Now you have some hesitation, huh?

Gregory Polanco: Two weeks ago Polanco found himself under the “rising” column of this series. Way back then I said, “Polanco’s .239 batting average isn’t fantastic.” Since that time, I’m now going to say “His .213 batting average isn’t acceptable.” He’s only scored 4 runs 1 HR and 1 RBI in that time. However, two weeks ago I also said “Polanco’s career batting average the past three years ranged from .251 to .258.” I still thinks he ends up there, but if not, chalk this up to yet another frustrating year for Polanco owners.

Tim Anderson: In the land of SAGNOF, the man with the the highest ADP is king. Of the top six stolen base leaders Anderson’s 228.6 ADP is the highest. In many ten team leagues he even probably went undrafted. It has already been well-documented that Tim Anderson went into this season saying he wanted to steal more bases. But if you couldn’t tell, I live by the Ruff Ryder Anthem motto of “talk is cheap mutha—–.” But Anderson has backed it up with 8 stolen bases. Maybe I should’ve taken that song and Tim Anderson more seriously. “Oh you think it’s funny | then you don’t know me, money.”

Yell at me in the comments about our differing opinions!