Please see our player page for Domingo Santana to see projections for today, the next 7 days and rest of season as well as stats and gamelogs designed with the fantasy baseball player in mind.

What’s up party people. We are now 6 days away from Re-Opening Day and the player landscape is starting to move into focus… and simultaneously move out of focus. This is the continuation of my series on outfielders, the last installment being Top 75 Outfielders for 2020: Summer Camp Edition. Some guys are now arriving back into camp just in time to take a few cuts including Juan Soto, Joey Gallo, Lourdes Gurriel Jr., and Mallex Smith. Then there are others still not back yet like Yordan Alvarez, Austin Meadows, and Victor Robles. Hahahahaha, nothing to see here. The testing policy is going swimmingly, huh? Leave it to MLB to be the MLB’s worst enemy. So, with so much chaos at play as the season starts you will want to make sure you are ready to fill roster holes and have bench guys ready to go in what could be 4–5 roster spots exclusively for outfielders. That could be a real challenge to keep up with and your boy is here to help.

Here’s what I’ve been seeing around camp:

I very innocently searched Razzball for any mentions of Domingo Santana over the last two months. I wanted to make sure I hadn’t missed anyone else talking about Sunday Santana. It was so super innocent, without a care in the world, a little click here and there, and, with a small little giggle like a schoolgirl, I happened upon a post by Big Magoo about late-round outfielders who could produce value in a shortened season. Lottery tickets he’s calling them; I’m calling them Dart Throws, but tomato-tomato-with-a-different-pronunciation-emphasis. But, oddly enough, he wasn’t talking about Domingo Santana, directly. He only mentioned Sunday Santana, while mocking me for my Delino DeShields 2016 sleeper post. I’ve been owned again. 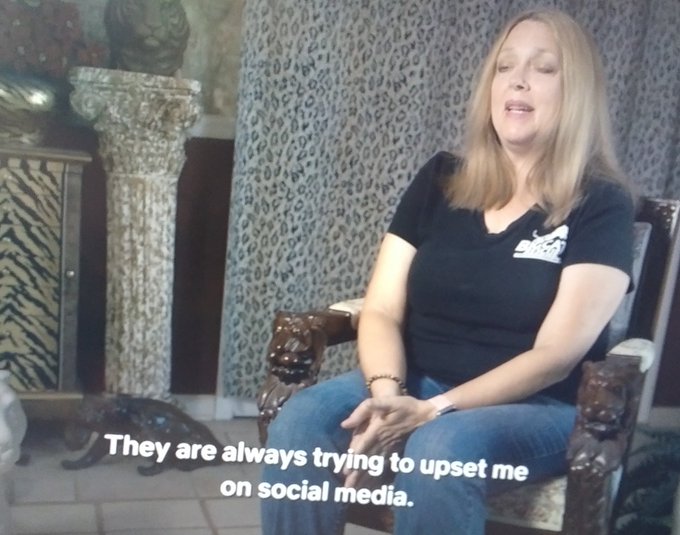 In the first two parts of this series, we covered the infielders that I’ll be relying on this fantasy season, starting with catchers and corner infielders in part one and looking at middle infielders in part two. While players like Francisco Lindor, Freddie Freeman, Anthony Rizzo, and Tim Anderson provide a nice, stable foundation to build off of, you need more to field a top-notch offense in competitive formats. Safe, high floor players alone aren’t going to get the job done. It’s important to find some impact hitters that’ll make a real difference. That’s where the outfielders come into play. Not only does the outfield represent the largest player pool in fantasy baseball on the offensive side of things, but it is also the most demanding position in terms of starting lineup requirements (5 OF in both the online championship and draft champions NFBC formats). Outfielders are similar to middle infielders in that you can find anything you need here: power, speed, counting stats, and batting average. I’m looking for production in all of these categories, and since there are quite a few players to cover, let’s get started, shall we?

How is everyone doing? I said that in very slow motion, so it would sound distorted, making you think there was something wrong with me, but, when I just stare back at you, you start to think something is wrong with you. Now we are in an intense staring contest across the internet. It’s called being in quarantine for almost a month and running out of things to talk to your dog about. “So, really, Ted, do you love me or are you licking crumbs out of my mustache?” *Ted stares, then licks my face* “You’re a sweet dog, but you can’t hold a conversation worth a sh*t.” The top 100 outfielders for 2020 fantasy baseball were updated with new projections for a 100-game season. With this series, I will take a look around the 2020 fantasy baseball rankings to see if there’s any differences now that we might only play a 100-game season. Projections have been updated on all my positional rankings. Anyway, here’s thoughts on the top 100 outfielders for 2020 fantasy baseball with the new Corona timeline:

We (me) have gone over the  catchers to target, 1st basemen to target, 2nd basemen to target, shortstops to target, and 3rd basemen to target, cause I have to do everything around here! Look at me, throwing shade like a beach umbrella! That makes sense…if you don’t think about it! That’s what I want my bumper sticker to say, “That makes sense….if you don’t think about it.” Okay, so this post is all the outfielders that are being drafted after 200 overall that elicit uber-sexy feelings. Last year, I featured Ramon Laureano, Austin Meadows and Daniel Palka, who could still breakout (I’m kidding; it’s an inside joke with myself). As for the coronavirus aka Covid-19 aka “The Disease That Apparently Hates Baseball,” I’m not pretending it’s not going on, but some people still have drafts, and if I liked these guys before the virus started karaoke’ing to Public Enemy’s Shut ‘Em Down, I still like them. So, I’m getting these “To Target” posts out in case people are still drafting. There are upcoming RCL drafts, and I plan on doing another NFBC league for s’s and g’s to pass time until the National Pastime returns. Is there more interest from you in another NFBC draft vs. me vs. youse? Let me know in the comments. Now, this is a (legal-in-all-countries-except-Canada) supplement to the top 100 outfielders for 2020 fantasy baseball. All Steamer hitter projections have been updated to 100 games, and all 2020 fantasy baseball rankings have been updated. Click on the player’s name where applicable to read more and see their 2020 projections.  Anyway, here’s some outfielders to target for 2020 fantasy baseball:

After much success last year in NFBC’s Cutline competition (around top 30 overall out of 1,000 teams), I decided to give it another go. Mind you, they only pay top 20, and I came in approximately (I don’t remember) 30th, so I didn’t win money last year, but money can’t buy happiness. Happiness can only be derived from seeing a Japanese mascot petting a dog. Nothing else counts towards happiness. Luckily, this league doesn’t have a happiness category. You might remember (likely don’t) that I autodrafted the first four rounds last year for my “much success” team, so in some ways this year’s league is a test of Man vs. Machine because I drafted this whole kit and/or kaboodle. Everyone likely knows what a Best Ball league is, but, if you don’t, it’s when you draft a team and the computer manages it for you by choosing who are the best players, and you get those stats. It’s basically one fantasy league removed from the robots taking over and killing us all. Now that I think about it, it’s not Man vs. Machine this year for me; it’s Man vs. Machine vs. Machine. HOLY CRAP, WE’RE OUTNUMBERED!  Anyway, here’s my NFBC Best Ball, Points League, 10 team draft recap:

The ax fell yesterday on Luis Severino‘s elbow. That ax was wielded by Dr. James Andrews, who was wearing a Jason mask at the time of the news conference. A reporter stands, “Doc, do you think Severino can avoid Tommy John surgery?” Dr. James Andrews, breathy like Kathleen Turner with an unmistakeable Charleston accent, “I do declare,” Dr. James Andrews pats his mask with a handkerchief, “Severino’s time under the knife will be short, but his stay on the Injured List long.” He then scratched his arm with the ax and accidentally ripped his doctor’s lab coat. “If there’s no further questions, I will be going,” Dr. James Andrews stood, sticking out his arms in a Jason pose, and slowly left the stage. So, Severino and Dr. James Andrews have been acquainted and if you drafted Severino early, you’re ess oh el as they say in Acronyms R’ Us chatrooms. I’ve removed Severino from the top 40 starters and top 500 for 2020 fantasy baseball. Anyway, here’s what else I saw this offseason in fantasy baseball:

We’ve done it! We’ve reached the end of the fantasy baseball hitter rankings for 2020 fantasy baseball rankings. Give yourself a big round of applause. I’d clap for you, but I have carpal tunnel from actually ranking all the hitters and writing all their blurbs and calculating all of their projections and– What exactly did you do? Oh, yeah, you read them. No wonder why your hands can still clap. Okay, let’s get to it because this post is like 5,000 words long and I wrote it with my toes. C’mon, pinkie toe, push down the shift key! Here’s Steamer’s 2020 Fantasy Baseball Projections for Hitters and 2020 Fantasy Baseball Projections for Pitchers. All projections listed are mine and I mention where I see tiers starting and stopping.  Anyway, here’s the top 100 outfielders for 2020 fantasy baseball:

Pirates organization should be on an episode of Botched. Are they the worst organization or what? Hint:  The answer is not ‘or what.’ Let’s do a brief recap of what a giant POS team this is. Pirates’ closer, Felipe Vazquez, decided to try to bite off Kyle Crick’s finger last week. A giant piece of garbage move? Well, gee, Wally, I don’t know, it seems like that’s not a nice thing to do. The Pirates are dead-last in the NL Central, as they’re wont to be, so suspend the giant festering wound that is Vazquez, right? Gosh, Ms. Molly, that seems obvious.  Well, no, of course not. The Pirates are trying to avoid losing 95 games and only lose 94 games instead, so the Pirates made the chickenshizz move to stick with Vazquez. This is, after all, the club that didn’t want to trade Felipe Vazquez for prospects at the trade deadline. Finishing in last with 94 wins instead of 95 must mean a lot to them. Now, the jagoff that is Vazquez is arrested for being the worst type of human and looks like he’ll never pitch again. No wonder Felipe Vazquez changed his name last year, he’s a giant pedophile creep!  You did good, Pirates! Maybe to go with your pitch-to-contact pitching coach, your clueless manager and your maybe-we-can-lose-only-94-games team, you can find another awesome trade like sending Austin Meadows and Tyler Glasnow for Chris Archer. Any hoo! I’d guess Keone Kela or Richard Rodriguez is the closer for the final week-plus, in that order.  Anyway, here’s what else I saw yesterday in fantasy baseball: