Note: If you’re here via the Grey’s Rankings page, then this is my first go-around of closer rankings. The updated, post-free-agent-frenzy rankings are right here.

Sorry, I’m working my way through Stephen King’s Dark Tower series (on Book 6 of seven — fantastic, trippy, masterful stuff), which contains some very interesting folken indeed. So that’s where that came from.

I’ve got some news for y’all. I am no longer the Injury Guru around these parts. I had my fill of ’em last year, let me tell you. Not sure my brain could handle tracking all that madness for another season (assuming we even get a full one…). Alas, the ever-so-talented-and-witty Keelin Billue will be manning the Ambulance Chasers column. Instead, I’ve become the official Bullpen Guru of Razzball! In addition to the weekly SAGNOF recaps, I’ll be in charge of our brand-spankin’ new Bullpen Chart, tracking who’s closing and who’s setting up across the MLB. Side note: I’m still waiting for the day SVHD becomes the standard category.

What I’ve got for y’all is just a good old-fashioned tiered ranking (catered toward the 12-team standard 5×5 audience). I could pretend I’m doing this for the people, but really this is as much for me as it is for you, dear reader. I’ve had my fantasy hockey helmet on, helping Viz over the on the Razzball Hockey side of things. Haven’t paid the best attention to the goings on in MLB — I could use a little brush up on how bullpens are looking.

Welp, I’ll quit dillydallying and get right to it. I’ll update these rankings eventually as things change throughout the course of the offseason. Some big names are still homeless as of now (you can find notes on them under the rankings themselves). These rankings stem from a combination of my genius brain and Rudy’s projections, which of course you can see over on the World Famous Razzball Player Rater.

I lied; I’ve got a little more dillydallying to do. I want to make it clear this is a focus solely on guys in closer situations. I’m looking at this through the lens of saves. I would personally rather own a Devin Williams type than a crappy closer like Cole Sulser in most instances, but I didn’t want to jumble up my tiers with guys who aren’t likely to get saves with any kind of regularity. Devin Williams, Craig Kimbrel, Jonathan Loaisiga, etc. do not appear in what you’ll see below. Maybe I’ll get around to some HAGNOF rankings, but you can always pop over to the Bullpen Chart and the Player Rater to find guys to help you with holds. And one last note: even though you see numbered rankings, they’re more of a formality. I treat everyone pretty much equally within their respective tiers, and it could shake out to where any one of them could out-rank the other. Is that a cop out for “hindsight is 20/20” purposes? Maybe! Oh, and the stats you see are 2021’s totals. Duh.

Ken Giles – Coming off Tommy John and questionable for start of season. Mariners pen gets even messier once he’s in the picture. If 2019 was any indication, I’d bet he jumps straight to the closer role and finishes like a Tier 2 guy. Again, don’t think they signed him not to give him a chance to close when healthy.

Nick Anderson – Elbow surgery has him out until August at the earliest. Probably another wash of a season for him, sadly.

Jose Leclerc – Also coming off Tommy John and likely out until at least June.

Kirby Yates – Another who’s coming off Tommy John and likely out until July.

Drew Pomeranz – Forearm injury has been a recurring thing, but for now he’s probable for start of season. Could factor into the save mix straight away, if that’s the case. He’d still go in my Tier 6.

Welp, there you have it! Fun fact: this is the first time I’ve ever attempted to “rank” anyone at any position in any sport in my fantasy career. Where do you agree/disagree? Let me know in the comments! I’m a high school English teacher by day, so I’m used to plenty of ‘tude and combativeness. Come at me.

I do some fantasy baseball as well as some fantasy hockey here at Razzball. Find me on Twitter: @jkj0787. DMs are always open for questions, comments, concerns, complaints, etc. Odds are good I’m drinking black coffee, dark beer, or some form of bourbon at any given time.

HEY! :) Thank you for passing the baton of injuries to me. What an example you’ve set.

Also, I cannot be convinced Hansel Robles is not a Swedish child in a movie about a man who owns a chocolate factory.

I always think of Hansel from Zoolander and then it reminds me how much I love Zoolander and it kinda makes me love Hansel Robles.

But I want to be very clear: I do not love Hansel Robles. Don’t draft him or add him.

Have you heard anything about Robert Saurez on SD? Was the best closer in Japan & some Padre people are claiming he might get the 1st shot @ the gig.

That’s one that slipped by me, so thanks a for putting him on my radar!

I’ll make sure he makes it onto my revised rankings. Spoiler alert: he’s going in Tier 6. Probably coulda guessed that.

Grey on the daily recaps. Rudy on the stats. And the regular specialist columns to fill in the gaps! SAGNOF for the win!

Is there a way to get some type of ‘temperature’ measure for usage in a team bullpen? Similar to the bullpen chart, but shows Iglesias entered the game 5 times with SV opportunities in the last 2 weeks (or whatever window you think is best). Mayers and Loup each had 1 SV opps and 6 H opps. I can see something like that adding value for the turbulent bullpens.

Maybe Hold isn’t the right metric to predict who the next closer is? I know some teams like their Hold guys for the high leverage spots instead of the 9th with bases empty.

That’s a great suggestion and would be an awesome addition to the chart…but that takes a level dedicated data-entry that I simply can’t commit to.

I’ll be updating the chart practically daily, with hopefully useful insights in my weekly recap. I won’t have a “temperature gauge” per se, but you can at least use my chart to get a sense of the priority usage when reading names left-to-right.

Great post JKJ! I’ve already been obsessively drafting Romano, to the point where now I’m convinced I’ve jinxed things and Toronto will do something stupid like you said. Fingers crossed they don’t b/c I too think Romano could end up being an amazing value if he closes all year.

I saw some speculation pieces on where free agent pen arms would go and Jansen to close in Toronto was thrown out there.

I would hate that.

Yeah, I’ve seen the same… would seem like such a dumb waste of resources when they have others areas to address, but we’ve certainly seen similar moves recently e.g. the White Sox signing Kimbrel last year.

Good start, I like it. Love some sagnof talk and may finally be prompted to read that series!!

Please do! Excited to be covering it this year (only the saves side. Paul Mammino will cover the stolen base side).

Last edited 6 months ago by JKJ
0

Good attempt at giving some order to chaos.

Will Gray also be providing an RP rating column?

Chaos indeed. Can’t wait to see which no-name RP bursts onto the scene as the waiver savior this year!

Don’t quote me on this, but I don’t believe Grey has done a separate RP ranks in the past. Can’t speak for his future plans, of course! 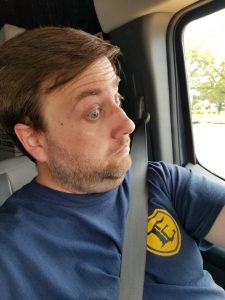