Please see our player page for Ryan Pressly to see projections for today, the next 7 days and rest of season as well as stats and gamelogs designed with the fantasy baseball player in mind.

The best haircut I ever received was from a bald man. I don’t usually get anything fancy — just a trim here, a buzz there. Throughout my life I went through all the same generational hair trends of men currently in their mid-30’s. As a pre-schooler in the early-90’s my Mom spiked my hair straight up a la Bart Simpson because who was cooler than the Bart man? Then in the mid-90’s, I transitioned to the Jonathan Taylor Thomas Home Improvement middle part because all the girls thought he was so cute. In the early 2000’s  I jumped on board the ‘Caesar’ bandwagon popularized by George Clooney in his ER/From Dusk Till Dawn days and that’s pretty much where I’ve remained. Low maintenance, good enough, it was “The Rachel” for men! Back to the point of this story — the bald man. Who better to appreciate hair than a bald man? I got out of his chair looking like a million bucks and the bald man was proud of his work.

What’s that I smell? Is it Spring in the air? The hope of baseball dreams wafting through the ether? Did I forget to take my semi-monthly shower? I took a shower 11 days ago, so it’s probably the baseball dreams in the ether one. And nothing says baseball dreams in the the ether like extremely bold, completely baseless predictions with little-to-no grounding in reality, brought to you by some of your favorite Razzball writers. I surveyed 10 of my favorite Razzball writers—the only ones who would talk to me—for their boldest predictions regarding the 2021 baseball season. Here were their bold predictions along with my reaction:

When I decided to name this piece the RP Thrift Shop I couldn’t get the Macklemore jam by the same name out of my head. So here I sit, wearing a fake mink coat, shaving the sides of my head. Like Mack I’m not looking to spend $50 on a t-shirt. I’ll take the 99 cent stuff that smells like R-Kelly’s sheets. Thus, the framework is laid. Let’s talk relievers. Maybe Ryan Lewis will drop a bomb chorus for us.

If you just look at Diaz’s 2020 surface numbers when you’re in the draft room you might click his name when it’s your pick. What those numbers leave out is how the Mets protected him from his Molotov throwing self for an entire month of a two-month season. Sounds exactly like someone you want to invest a top 100 pick on.

Officially, this is the 11.5th Razzballie ceremony, and our first socially distanced one. *looks out at the cardboard cutout audience* I see some familiar faces out there. There’s the cutout that sells me car wax at Pep Boys. Good to see you! Figure you’d like some recycled jokes, since you’re all made of biodegradable material. *eerie silence* Okay, moving on. I’ll be your host for the ceremony after A-Rod backed out. Turns out he couldn’t host, he’s just a parasite! It’s all right he’s a no-show, you can’t spell ghosting without host. You also can’t spell hostage, but no one is forcing you to stay for the award show. You’re going to want to, though, because without these awards, you’ll have no idea who was the best and worst hitters and pitchers in this absurdly abbreviated year, and you’ll be left giving out your own awards and no one cares if your “Low sodium tomato soup in a sourdough bowl” won your “Whitest Lunch Of All-Time” award. Stop making up fake awards! Leave that to me. Anyway, here’s the year-end awards for the best and worst of fantasy baseball: 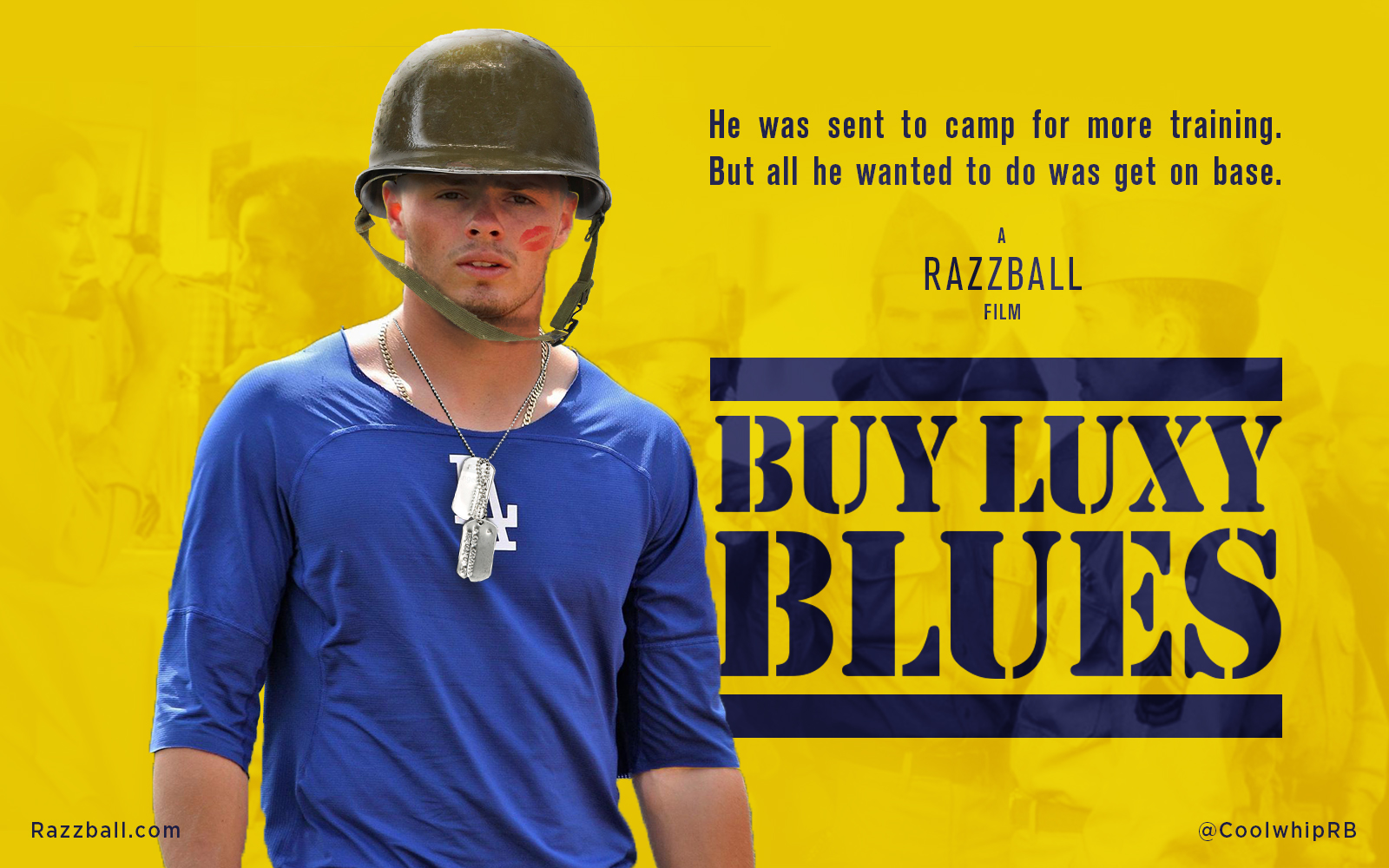 Not that long ago, I remember hearing a story. One I will recount for you here, but you can’t tell anyone else. Promise? Okay, there was this guy Brandon Bielak, and he was real into attachment parenting and had to put up with his stupid father, Nick, and dopey brothers, Tony and Joey Lawrence — Whoa. Well, the Teen Beat on, and I’m reading this from an old TV Guide with Miss Piggy on the cover, can you tell? Brandon Bielak is an enigma. Nothing exists on him, besides Matt Roush’s blurbs. Confession Alert! I used to collect TV Guides. What an absolute nerd. Any hoo! Bielak was found on waivers by me (or was it in an abandoned refrigerator — wait, wrong show), and he went 5 IP, 2 ER, 7 baserunners, 4 Ks, ERA at 1.76. He works with a 94 MPH fastball, and a ton of secondary pitches with the curve hooking hard, and looking especially nice. He’s very serviceable, bordering on more. He could be a back-end fantasy starter for years to come. Now, I’ve streamed this guy a few times, and Streamonator thinks Bielak next start is even better — with no Big Bang in sight. Anyway, here’s what else I saw yesterday in fantasy baseball:

Surprised Dylan Bundy is breaking out, said no one because literally everyone said exactly that when he was traded to the Angels. Okay, maybe the O’s are surprised, but I have a feeling even they knew it was coming. They just like losing, right? “We like to be owned by the good teams.” That’s the O’s front office. Even the Pirates are like, “Damn, for Bundy, we would’ve traded you Tyler Glasnow, Austin Meadows and…well, we don’t have anyone else. You want Colin Moran?” So, Dylan Bundy was masterful yesterday, going 9 IP, 1 ER, 4 baserunners, 10 Ks, lowering his ERA to 2.08. He has changed his pitch mix in a dramatic way. Leaning way more on a slider and easing off his fastball, that has been become increasingly bleh in velocity. His command and Ks have been outstanding, but, I’ll be honest, I’m not 100% sold. Don’t get me wrong, I can be sold. I’m not saying it’s a mirage, go buy some more tigers, Steve Wynn. I’m just saying it’s 21 2/3 IP in three starts. Oh, I’d own him in 100% of leagues, but decreased velocity makes me want to see more. Promising vs. Promise Land. Me like vs. Me likey. Yummo vs. Gummo is a masterpiece. Anyway, here’s what else I saw yesterday in fantasy baseball:

The Cardinals, Marlins, and Phillies have born the brunt of the misery in this young baseball season thus far with Covid outbreaks and cancelled games.  This week, we’ve got a group of other teams that are getting put through the ringer with your more traditional injury issues…..”injuries classic” we’ll call it.  We’ve also lost some more big time arms for the remainder of the season as the herd starts to thin here.

Mike Soroka is out for the season after suffering an achilles injury in his latest start.  It’s a brutal blow for the young righty, and even a bigger blow for the Braves, who are now in a real crunch for arms.  This solidifies Touki Toussaint and Sean Newcomb’s spots in the rotation, but the rest of the rotation couldn’t really be worse shape given the recent DFA of Mike Foltynewicz and Cole Hamels still ailing.  Without a trade, it’s hard to see any potential fill in being roster worthy here.