Hey, what’s up, I’m Grey Albright, a big, big fan of the Kansas City Royals. Born and bred in the Kay Cee — blue fo’eva! I only eat turtle, and by ‘turtle’ I mean meat that is slow and low. When someone mentions Chisholm, I think jazz should be more improvisational and lowercase. I like my Dons named Denkinger and my Steves named Balboni. I was born into a powdered blue blanket and I still use it for rallies. A born and blue Royals man! As of this past Saturday. So, I took part in the LABR, 12-team, mixed auction this past weekend and I built a team revolving around two big Royals players, because I have a screw loose, and I cannot not NOT not love me some upside. Unlike most of my ‘pert league recaps, this might actually help youse because it’s a shallower league. Besides being an auction and two catcher, it’s very similar to our RCL leagues (spots available to take on me and all of your worst frenemies, and win prizes; it’s free — sign up for a Razzball Commenter League under that linkie-ma-whosie.) Anyway, here’s my LABR 12-team, mixed league draft recap:

Here’s all the teams.

OKAY, I FEEL LIKE YOU WANT TO GIVE ME YOUR WAR ROOM VALUES, SO LET’S GET THAT OUT OF THE WAY.

Appreciate you teeing me up there, Mr. Al Capps.

To get an overview of how to use our Fantasy Baseball War Room, click that linkie-whosie-whats-it.

You can say as many negative things as you want about my team, but I know it’s good. Shizz happens from Shizzville to Shinola all the time. 24/7/365 wasn’t just Wade Boggs’s best year, it’s also the time in a calendar year when things will invariably go wrong, as they will for this team. In a 12-team mixed league, I need to work the weekly waivers. It won’t be a start to finish jaunt, but my team is set up for success. If you look at my team and think it’s flawed, then, not sure how else to say this, but it’s on your perceptions of my team, not my actual team. My team is fine. Or if an R&B singer is reading, it’s F-I-N-E.

SO, YOU HAVE NO REGRETS?

Oh, I have plenty of regrets. I let Jacob deGrom ($22) go for too little. I don’t draft top starters, as you know from my 5,000 word diatribe in my top 20 starters for 2022 fantasy baseball, so I was out pretty early on deGrom, but when it was “going once, going twice” on deGrom at $22, I should’ve got back in, but I hate price enforcing. What, am I the league’s daddy? I need to push up prices? Meh, it’s not my job, and, if you do that, you end up with a bunch of guys you don’t want, and, don’t get me wrong, I don’t want deGrom, but for $22, meh, that’s a good price, and the Guiness Book of World Records says this is the world’s longest sentence so let’s add a period.

Then, Aroldis Chapman wasn’t in my plan — SAGNOF! I don’t draft closers that expensive usually, but Emmanuel Clase went for $18, Raisel Iglesias for $21 and Ryan Pressly for $16, so, yeah, I was in a league where I needed to spend a little bit more and Aroldis went for a discount, by my account. Hopefully, he doesn’t face a hitter literally, and add to his head count. Sorry, now I’m just reading from a rhyming dictionary, Robin Yount.

Also, I grabbed Tyler Mahle when I likely should’ve went for a starter with better ratios vs. better Ks. Finally, I don’t want to roster Hyun-Jin Ryu this year. On our fantasy baseball auction values, he’s listed for $11. I nominated him for $1, and no one else bid. C’est la vie, he might not last on my team. It does go to the point –> don’t nominate a guy you’re not okay rostering.

ARE MY EYES DECEIVING ME OR IS YOUR HIGHEST-PRICED PLAYER, WANDER FRANCO, AT $21?

Yup. One team left more money on the table than my highest-priced player. Wish I could say it was my strategy going in, but it’s just sorta how it worked out. Each team is different, and this one started with me on the teet of Mommydesi. 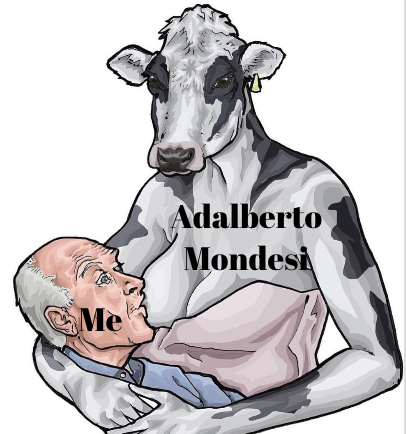 After I had Adalberto Mondesi, for better or worse, I wasn’t interested in a lot of big first round bats that also give a lot of their value with steals. No Treat Urner, no Boba Chette, and it even slowed me on Fun the Jewels and Tildaddy. I was in on the latter two, don’t get me wrong, but just not that aggressively because Mondesi’s going to steal 70 bags, he said without a sense of irony. I was in on Cake Batter and Sexy Dr. Pepper, but they just went for too much, so I ended up much more well-rounded vs. all-or-nothing.

Back in October of 21 after 20, I gave you a 1,200 word diary entry about my Bobby Witt Jr. fantasy. It’s basically me writing his name repeatedly with a heart emoji on the cover of my Trapper Keeper, and his projections are 71/22/68/.272/24 in 504 ABs. Rookie hiccups happen, or as a drunk John Wayne would’ve said on the back of his horse, “Giddy hiccup.” On our auction values, Witt is down for $16. For the nine dollars that I spent, I’m taking that risk all day and twice on Muesday, the magical day between Monday and Tuesday. Oh, and all this talk about Mondesi and Witt Jr., and we’re (I’re) overlooking one of the sexiest bats this season in Wander Franco. My team is dripping in sex appeal. This shizz is rated R, so shield your kids’ eyes when looking at this draft recap. Y’all been warned.

YOU ALWAYS SAY DON’T DRAFT BENCH BATS. HOW DOES IT FEEL TO CALL INTO QUESTION EVERYTHING YOU’VE EVER TOLD ME BECAUSE OF THIS LIE?

In leagues this shallow, you should limit your bench bats to zero or one, usually. Due to the lockout, my thought is a lot can happen between now and the first waiver wire period. Yusei Kikuchi has been rumored to the Mets, so that would be solid for his value; maybe my new favorite team of all-time, the Royals, will decide to do the smart thing and go with Nick Pratto; maybe the Tigers will do the same with Spencer Torkelson; maybe something will happen to Aroldis in the eventual Spring Training, and I want to back up that investment with Johnny Lasagna. Finally, this is a shallow league and prolly 50% of this team will be long gone before the season ends. Look at this team like a running jump off first. Hopefully, it’s my Adalberto Mondesi leading off first, and not a waiver wire replacement, say, Wilmer Flores, because Mondesi is already on the IL. In that scenario, Wilmer’s not the only one crying.

Nah, that works for me

I dig this team. Like the price you got Witt. I know SAGNOF, but sometimes you gotta spend for a stud.

The NFL is the 800 pound gorilla that makes whatever is going on in baseball seem trivial. Yesterday the Ridley news dominated the headlines. Today it is Russell Wilson and Aaron Rogers. Next it will be the NFL draft. The lockout is almost forgotten about. Sadly, baseball is digging a deeper hole for itself each day that goes by without games being played.

Yeah, I pretty much shut off NFL news but it’s hard to miss

Actually started the Vikings show last night and like it, thru 4 eps

ok I’ll check it out then… I just finished watching Deadwood.

Very good. Needed one more season.
Since we won’t have baseball for awhile imagine I’ll be searching for more good shows to watch.

Don’t watch the Deadwood movie that came out like last year, not worth it

Haha it on right now while I make bagels.
terrible… why they bother?

Keeper league, so needing to project over the next 5 years, but would you include Witt Jr in a trade for Louis Robert?

What’s the rest of the trade?

H2H 6×5 with the extra cat being OPS how do you feel about punting SB? It would eliminate the need to draft balanced players that naturally come with lower hrs and ops. By drafting all Judge types and no Albies types I would command hrs, rbi and ops. Thank you

I feel fine about punting SB in that league, I would guess you would still get the occasional bag without trying

Nice squad. You got all the young sexi MI boys and a breast feeding meme, everything is fitting the LABR theme well!

HAHA, my team is definitely in LABR

the portrait with Mondesi is disturbing in many ways ….not the least of which is the first thing i noticed is that cow has a nice set of cans…….maybe you can get him to autograph it.

How do you think the lock out will impact free agency will all be compressed or will some big names not move until after the season starts?

I bet a few guys have already verbally agreed to teams that we don’t know about, so right after the lockout, I wouldn’t be shocked if we see a barrage of signings

Don’t be looking at my cow’s cans!

You mention that prolly 50% will be dropped by year-end in shallow leagues. You got me “thinking”… Is that typical regardless of draft style? Or more a product of drafting younger upside players?

Your team name should be the Pequod. Mondesi health, Witt/Wander/Tork/Pratto fulfilling dreams early, and Cease/Ray repeating are the fabled whales of fantasy obsession.

HAHA, I do have a lot of fabled whales!

I just mean in a league this shallow, you lose most of your team during the season…In a 12-teamer, you turn over a lot of guys for hot bats or hot arms…Can’t stay complacent…

a. Great team, but you knew that. You’re just waiting to see who’ll scratch your ego, right? Just kidding, man. Appreciate the post and rationale. A few points.

1 Chapman seems to be generally available after most RP are gone. I don’t like his meltdowns and the gains RHs have made against him but for the price it’s great and getting Loaisiga (whose great on his own) may also hedge all bets for SV+H+vulture wins in the BP. So I started to say concern but you got it covered so you win again.

2 Can’t get off Mosi either, so you win there too.

Was thinking maybe JoMo, then I’d be short 1 pitcher. Could make a 2/1 trade to get one before the season starts.

‘This week at the OJ Simpson trial, the famous bloody glove was introduced into evidence. OJ didn’t help his case by blurting out Oh! There it is. I’ve been lookin’ all over for that thing.’

‘Mustard’s no good without roast beef.’

Actually, I missed Joe, yeah, he can go

Yeah, not sure on Aroldis, bc he’s usually fine for 95% of the season, barring some epic meltdowns

I thought so on Seiya as well!

B. Meh, I’d hold for now…Or lose one of your rookie bats

Love this team. Should be fun to watch. Wander, Witt, India, Mondesi, Tork. Great job on spreading the cash out. Lots of solid players in the $$teens!

I do too, thanks!