Please see our player page for Arodys Vizcaino to see projections for today, the next 7 days and rest of season as well as stats and gamelogs designed with the fantasy baseball player in mind.

So I got owned. I was razzing Donkey Teeth about his NFBC league draft (use promo code: Razzball25 and get $25 off at NFBC). I told him his team stunk. I didn’t trust his pitchers. Didn’t love his drafting of a top catcher. Felt he had some injury risk in Gallo and Mondesi, but I didn’t hate the team. It was just so…harmless at the time. Then, he put it out there…out to the hoi polloi, asking who had the better team, and that was when I got owned. No one, and I’m not being dramatic, liked my team. At one point, I think Cougs used her burner account to log in and dismiss me. Here is the carnage:

Help me out here #FantasyBaseball Twitter. Which build do you prefer in an @TheNFBC Draft Champions league thru 9 rounds? pic.twitter.com/TYT3fqKGxA

I can’t remember such ownage happening to little ol’ me in such a devastating, emotionally crippling way before. It was like my dog spoke for the 1st time (while I wasn’t on drugs) and said, “My name is Albert, not Ted, and I hate you.” That was the disrespect I felt! This was many weeks ago, and I am still sighing that long, hard sigh that can only come from knowing years of hurt and ridicule. Like a character William H. Macy would play. Well, life goes on, ob la di, ob la da. For those not in the know, this is a 15-team, two-catcher league that lasts for 50 rounds and there’s no waivers. You draft it, and manage it. Weekly moves for pitchers, bi-weekly for hitters, changing out on Monday and Friday. Most of the draft happened prior to the Winter Meetings, so who knows with playing time. I did it as an experiment to see what would happened if I stopped being polite and started–Wait, that’s the Real World opening. Anyway, here’s my NFBC draft recap:

Arodys Vizcaino is out for the year.  Backdate that to spring training when he was having arm issues.  He needed to have his labrum fixed worse than an overworked gymnast.  Filling in for him is the dumpster fire that is A.J. Minter.  I’ve got a wild idea, hey, Braves, how about you sign Craig Kimbrel with the money you robbed from Albies?  Here’s Albies agent before the signing, “Albies, sure you want to take this deal?”  Albies replied, “Why are you asking, Al B. Sure?”  Then they stared at each other for five minutes until Albies had enough and signed.  The Braves’ bullpen is such a disarray of WUT, I don’t even know who their setup man is.  I guess it’s the guy working the docks in The Wire, but it could be the guy whose name was Riddle, but, due to poor penmanship, became Biddle.  A millennial just broke down my door and said, “It’s penpersonship.”  My bad!  Anyway, here’s what else I saw yesterday in fantasy baseball:

Apparently Blake Snell was moving some granite hoozawhatsit in his bathroom and dropped it on his toe. We’ve all been there — our partners buy some unnecessary piece of furniture and we’re tasked with building it, moving it around to and fro and end up being the ones sweaty and frustrated. And don’t get me started on throw pillows — their purpose is in their name — throw them on the floor before you go to sleep…please don’t share this with my wife. Anyway — reports are that Snell will only miss one start. Granted, it’s his own report, but still it’s only his little ring toe. Fill In: If you need one start, give good ol’ C.C. Sabathia (10.8%) a shot. His next start comes at home against the Royals who are 17th in OPS vs lefties. Sabathia looked sharp as heck in his first start against the White Sox (5 IP, 1 base runner, 3 Ks.)

As Ice Cube sang on the now-iconic song, It Was An Away Game, “Just waking up in the morning gotta thank God.  Today, German was away, carrying my whole squad.”  Then later on, he sings, “I felt ill after that big fat DeSclafani, pitching like he just pulled out of bed in jammies, but German killed those baserunners like every role by Allison Janney.  And my teams run deep so deep so deep I’d put your ass to sleep talking about how on one team Alex Cobb’s my number one, but I didn’t hesitate to call German Marquez my top gun.”  Imagine you were a Rockies fan who only watched home games, the team’s contract with German Marquez (9 IP, 0 ER, 1 hit, 0 walks, 9 Ks, ERA at 2.00) would be tré confusing.  After 100 pitches, he is so low effort throwing 97 MPH in the 9th inning, and occasionally drops in an off-the-table curve that is freaking brothers every way like M.J.  I can’t believe today German’s game was away.  Anyway, here’s what else I saw this weekend in fantasy baseball:

Yesterday, Gary Sanchez went 3-for-6, 6 RBIs with his 4th, 5th and 6th homer, hitting .258.  “Thanks,” said Gary Sanchez’s owner from 2018, and I believe he was being sarcastic. You know how when you’re walking on the sidewalk and try to avoid stepping on the cracks because of the harm it will cause to your mother’s back?  Then as you’re OCD-stepping around the cracks, you get off-step and start only stepping on cracks, and your mom texts you, “My back!”  That’s what it must feel like for Sanchez’s 2018 owners.  I know how you feel because that’s how it feels right now for me with Rougned Odor.  I’m out in 2018 when Odor is decent, then in for this year’s abomination.  When I’m supposed to avoid, I don’t and, when I’m supposed to be in on them, I’m not.  FMFBBL!  If you have Sanchez, well done, it looks like you’re back in for the good Gary.  “Did someone say ‘back?'”  Sorry, mom!  Anyway, here’s what else I saw this weekend in fantasy baseball: 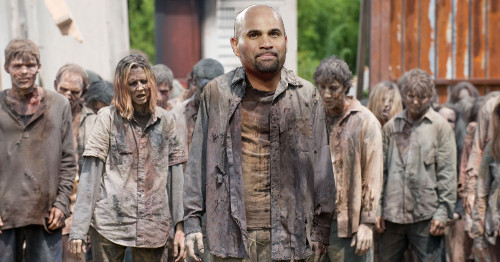 Between preparing for drafts and actually doing the drafts I’d be lying if I said I feel refreshed now that it’s over. In fact I’m quite exhausted and have found myself walking around in a zombie-like fashion the past two weeks. And it doesn’t help that I don’t drink coffee. Never have. Most people find it fascinating when I tell them that at 42 years of age I have never had a single drop. It’s just not my cup of tea. I mean coffee. Whatever. Truth be told, drafting season is my favorite part of the whole experience. Watching the season play out is often stressful, disappointing and underwhelming. This is generally true even during successful championship seasons. Anticipation is often greater than realization. I’m looking forward to watching Carlos Correa, Trevor Story and Javier Baez fall far short of their ADPs.

As a Cubs fan in Braves country, I see a lot of similarities in the Braves to the 2015 Chicago Cubs team. They offensive pieces are falling in place as they have a couple MVP candidates. One being a veteran 1B in Freddie Freeman and the other is an exciting young player that is the future of the franchise, but the rotation may not be there yet. They have plenty of nice prospect arms coming from the minors, however, I’m not sure they are ready to carry the team yet. Atlanta does have the pieces in the farm system to make some trades if they need to as well.

The NL East is likely the most competitive division in baseball. It is the only division projected with 4 teams over 80 wins per the THOME projection system. Currently, the Braves are the front runner per THOME, the Nationals and Phillies are tied per PECOTA, and Vegas odds favor the Phillies. Regardless, it’s going to be a fun season for Braves fans and they have a lot to look forward to, not only in this season, but for the future.

I don’t pay much attention to Spring Training Statistics.  You never know who the statistics are coming against.  Baseball-Reference did, however, have an amazing tool last year that attempted to quantify the quality of opposing pitchers or batters faced during spring training games on a scale from 1-10 with 10 being MLB talent and 1-3 being high A to low A level.  This tool is great, but it averages all the Plate Appearances or batters faced.  You would still need a deeper dive to see if your stud prospect smacked a donger off of Chris Sale or off of your kid’s future pony league baseball coach.  So what should we watch for in March when we’re starved for the crack of the bat?  Ignore “best shape of their life” stories and Spring Training statistical leaderboards.  Pay attention to injuries and lineup construction and position battles!  Also pay attention to where Bryce Harper and Manny Machado sign… Note that those two signings can instantly eliminate some of the position battles detailed herein.

I lied to you loyal Razzball readers. In part 1 of this 2019 fantasy baseball mock draft hosted by Justin Mason of Friends with Fantasy Benefits, I told you this was going to be a four-part series. Well, unfortunately between rounds 23 and 24, the MLB regular season ended and thus, so did our Fantrax mock draft. The draft room disappeared from the league page and every future pick was being auto-drafted. Rather than waste your time discussing random players being auto-drafted I’m just going to highlight a few notable undrafted players at the bottom of this article. Back to the draft itself: three words can sum up rounds 15 through 23: risk, relievers and rookies. You’ll soon see what I mean. (BTW, the 2nd part of the fantasy baseball mock draft.)

Yesterday, Ronald Acuña Jr. (5-for-8, 5 runs, 5 RBIs) hit a leadoff homer in both games of the doubleheader, and became the youngest to homer in four straight games in the live-ball era.  Wistful sigh, member those good ol’ zombie dead-ball era stars?  Acuña now has 17 homers and 8 steals in 66 games.  Oh, I’m sorry, you my daddy?  It’s hard to understand how a 20-year-old can be my daddy, but I think you my daddy.  When that family that raised me told me to put mime makeup on every morning, I didn’t put it together, but now I know the one true thing in this world that only 23andMe and a gut feeling can tell me, Acuña is my daddy.  I’m going to start calling him Tildaddy.  Not as in ‘until I find my true daddy, you will be my daddy.’  Not Tildaddy as in what a teenager who works a cashier at a Waffle House makes his co-workers call him.  Tildaddy as in sloppily jamming tilde and daddy together.  You’re my Tildaddy!  People keep asking in the comments where I think Tildaddy (my fetch) will be drafted next year.  If you prorate his numbers out, he’d have 35 homers and 20 steals as a 20-year-old.  I’m sorry, you Machado’s Tildaddy too?  You Goldschmidt’s Tildaddy?  ARE YOU MIKE TROUT’S TILDADDY?!  He is at least a top 25 pick in 2019 and I might shock the world and shove Tildaddy in my top 15.  Un…Til…Daddy shows me different.  Anyway, here’s what else I saw yesterday in fantasy baseball: