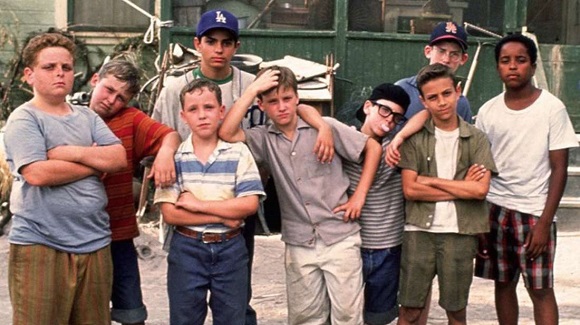 Last year some fellow co-workers and I decided it would be fun to join a flag football league. Seemed like a solid idea. Do some ‘team building’, get some running in, and enjoy a little competition. Well, by the end of the season we had gone through 4 QBs, one broken thumb, multiple pulled hammies and quads, and a grand total of 2 wins to show for all of our pain, so, safe to say, we made the right choice to be auditors and not professional athletes.

With the NFL draft ongoing, I thought it would be interesting to see what the best backyard football squad we could put together of current MLB players would look like. As this is a backyard/adult sport league type of team build, we’ll forego the offensive and defensive line. By NFL standards, there aren’t many guys that could play the line anyway.  David Ortiz, Big Papi, is by all accounts a mountain of a man for a baseball player at 6’4” and listed at 250 lbs. (I’m not sure I buy the weight, but that’s neither here nor there) would still be an inch short and 60 pounds light of the average offensive tackle in the NFL…

I’m going to cheat immediately off the start here. While we all despise this team, let’s be that company who hires the former college QB as a consultant so that our team wins a meaningless adult sports league with a trophy that costs less than each of our individual entry fees. Well, our consultant is the Yankees 2B ‘prospect’, Russell Wilson.  If he’s worth enough to trade for in spring training, I’m putting him on our roster. Why not have a Super Bowl winning QB as your play caller? After all, if you’re not cheating, you’re not trying.

Retired Option: John Elway (Yes I kind of cheated for our retired option too.)

Obligatory Ronald Acuña Jr. mention per the fantasy baseball regulations.  Seriously though, he was recorded at 30.3 ft/sec in his first game while going first to third, which would put him second only to Byron Buxton in top sprint speed leaderboard. He’s also got the right size at 6’ 180 lbs. and good luck tracking him down as we swing it out to him or ask him to run to the outside to pick up those arbitrary adult sport league first downs.

This one seemed pretty straight forward. Ideal size, actually pretty fast for a guy of his size. Some would be surprised to know that his sprint speed last year was just behind Bryce Harper. His new battery mate, Aaron Judge, would also make a nice one, two combo as tight end duo if we wanted to destroy teams over the middle. Plus, if you weren’t aware, Stanton (back when he was Mike) was actually recruited by our quarterback’s current real life coach, Pete Carroll, to come play tight end at USC.

For adult sports leagues or the backyard football game, it always comes down to the wide receivers. Jeff Samardizja, Shark, is an easy choice as many of us remember him playing for the golden domers of Notre Dame.  Samardzija was projected to be a second round pick if he had entered the NFL draft, but took his name out after choosing to play baseball.

Byron Buxton has the size and speed that you’re looking for to compliment our #1 and it would be amusing to watch him track down the football in the air like he does out in center field.  He’d be a little light for the NFL, but with his crazy athleticism you could imagine a world where Buxton would be a top wide-out in the league.

Billy Hamilton picked up center field despite playing the infield all his life and has become one of the best in the game defensively.  He seems like a great fit to run out of the slot for our squad.  Accelerates quickly, faster than anyone else on the field, and maybe a little light to run on the outside, but it would be entertaining to watch him in the open field. He was also an all-state wide receiver in Mississippi and passed on the opportunity to play at Mississippi State.

Well, they always said that Mike Trout looks like a linebacker, so, why try to deny it. For our adult sport league, we want guys that are a little bigger, but can still run with everyone. At 28.9ft/sec this year, which is good enough for 29th fastest this season, give me Mike Trout to be our middle linebacker/roamer.

Yasiel Puig is another freakish human being who can move far too fast given his size. I wouldn’t want Trout or Puig to be the guy chasing me down even in a flag football league because we know that Puig would probably get a little too into the game at some point and level somebody out there on the field.

Jacoby Ellsbury has the right size and speed to be a top flight corner. We would have to consider the injury history and how that would translate to football, but he did play corner in high school with nine interceptions and six kickoff return touchdowns.

Ozzie Albies is a bit undersized to put at wide receiver, but at 5’9” 160 lbs. you can see him running with the fastest receiver on the other team and just sitting on their hip all day.  If the homeruns he’s been mashing are any indication, he could lay the boom if needed as well.

Kevin Kiermaier might be the best in the game at tracking the ball in center field and one has to think that skill would translate well to the safety position. We’d need a quality backup for the eventual injury, but has the size and speed you’re looking for to cover distance out there at safety and big enough he could come up and provide some run support.

Center fielders just seemed like the right way to go on this one. Manuel Margot is going to be our smaller, ball hawking safety that plays over the top.  He’s top 10 in sprint speed at 29.4 ft/sec and can make up distance on the constant long bombs thrown in adult sport leagues.

There you have it. These were the guys I’d assemble for my adult sports league or backyard pickup game.  Interested to hear who you would choose for your squad.