Starting with the 2017 MLB season (and continuing for NFL and NBA), Razzball has partnered with Daily Fantasy Cafe to ensure subscribers to our DFS Premium Package can use our Razzball’s expert projections (here is a FAQ) within the most advanced MLB lineup optimizer in Daily Fantasy Sports.

The Razzball MLB Lineup Optimizer powered by Daily Fantasy Cafe includes projections for FanDuel, DraftKings (Standard mode), and Yahoo. It has the standard features you expect from your standard MLB Lineup Generator (lineup confirmation, weather, lock in or exclude a player, etc.) as well as many advanced features such as:

This is a post for the fantasy baseball drafters who use Excel, Google Docs, or some other war room software that automatically totals a drafted team’s stats while in the middle of a draft. Or perhaps for those of you who do mock drafts or simulated drafts.

The below grid represents my projected 75% mark in each stat category across 10/12/14/15/16 team ESPN and Yahoo default roster format leagues.

These numbers should only be used directionally. Please note that each projection source projects to a different league average so your team may look great if using a ‘bullish’ source and look poor if using a ‘bearish’ source. These are based on the Steamer/Razzball projections.

While I stand behind these numbers as they are part of the foundation behind my Player Rater $ estimates, I do not use these as part of my draft. I prefer to add up the dollar values per category. Same difference I suppose but it is easier to see counting totals for ratios and it lets me fixate less on the numbers (e.g., I see $7, I know they are good…I don’t fixate on 20 SBs vs 25 SBs).

On Tuesday March 7th, I took part for the 3rd straight year in the 15-team Tout Wars Mixed Draft. Fueled by good fortune (and perhaps the 5×5 OBP format), I have fielded championship-level teams in both years only to finish in 2nd place to Adam Ronis of Scout & SiriusXM. It is like I am the Patriots but, unfortunately, he is being coached by Tom Coughlin.

I picked 1st last year and had an insane Trout/Scherzer/Sale start to my draft when the room drafted an unfathomable 28 hitters in the first 29 picks. The rest of the draft turned out fairly well and my in-season pickups were strong. Looking back, not coming out of the draft with enough speed (damn you Magoo and Grey talking me into DeShields) or Saves (Boxberger/Storen was brutal, half-salvaged with a Colome handcuff) hurt me in the end.

One reward for top teams is that the previous year’s order is used for determining draft pick. With second choice, I just had to rank my two preferred spots. By reflex, I chose 1st than 2nd since I have found those are the two most valuable spots (followed by 3, 4, etc.). Once Ronis wisely chose 1st, I realized I should have spent a little more time thinking about it as there is not much consensus on a #2 pick in 5×5 OBP this year.

Here are the full results of the 2017 Tout Mixed League Draft. Below are my picks and my analysis:

Hey everyone. Sorry for the relatively short notice but we have decided to go back to NFBC for our sponsored paid leagues in 2017. This is the $150 Draft Champions format. It is a 15 team mixed, 5×5 format with 50 rounds (done via a slow draft that takes about 2 weeks). The major quirk is that there are no trades OR free agent pickups. You can update your starting hitters twice a week (Friday and Monday) and pitchers once a week (Monday). I love this format as a complement to standard formats as it rewards drafters who can find breakout candidates/bargains on draft day. Here is a link to the full rules.

Once we have enough people to fill a league, NFBC will create the league. I recommend creating an account at NFBC if you do not have one as that will expedite everything.

Our daily/weekly MLB projection tools (Streamonator, Hittertron, DFSBot, etc.) will be back for 2017. We are in the process of updating the payment software (our previous vendor, CoinTent, went out of business) so just hold tight for now.

But I do have two good pieces of news to share!

First, we partnered with our friends at FantasyPros to bring you a free fantasy baseball draft simulator where you can: 1) set the league preferences, 2) choose between either Grey or Rudy’s cheat sheets (you can see them when you scroll down from your player selection screen) and 3) see how it compares with the consensus (a decent proxy for ADP).

Second, given the demand from dynasty leaguers and redrafters who like rookie nookie for MLB prospect info, we just launched a new tool called Prospectonator (links for hitters and pitchers) that can now be found in the top menu (under Tools) and linked at the top of all the Preseason Projections/Player Raters.

One of the bigger challenges for fantasy baseball drafts and auctions is how to value players who are not projected for a full-season’s worth of at-bats or innings. If you run their partial-season projections through any standard player rater, they are unfairly penalized as it assumes zero replacement stats when we know we can get someone on waivers to fill in for them while they are not on the major league roster.

These types of players fall into four buckets: 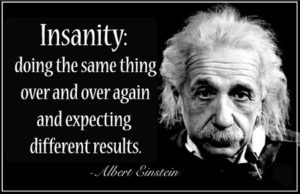 The LABR mixed-league draft has taken place in mid-February since its inception a couple of years ago and I have been lucky enough to be a part of it. Steve Gardner at USAToday.com is a gracious host, it’s a good group of people and competitors (even better with the addition of Dr. Roto and Scott Pianowski of Yahoo) and the timing of the draft is a great incentive to get my preseason projections, values and research done about the same time Grey finishes his marathon of player ranking posts.

Every preseason, I do things a little differently. I would like to say I am inspired by Einstein but his brilliance does not excuse his mediocre bagels. Yes, it’s not like I live in a bagel    Garden of Eden in Austin, TX (Wholy Bagel excluded) but the theory of relativity does not extend to bagels IMO.

We have released an update to the daily MLB projections beginning with June 7th games.

This upgrade took a longer time than expected to complete as it required almost a full rewrite of the code but I am psyched to finally release it!

Thanks to all of you – especially you rabid DFSers – who have provided suggested improvement areas throughout the season. Behind the scenes, we automated several processes to ensure that daily projections are updated as early as possible (~6:15 AM EST) and then updated throughout the day regularly to reflect posted lineups (every 10 minutes. increased to 5 minutes between 4-7PM EST).

Below are some of the noteworthy upgrades with our new projection system:

Big Game James went into Milwaukee and clinched at least a 16 win season for the Padres. Clutch!

This was a flashback Shields start – 7 IP, 9 K, 1 BB, 0 HR. I thought the NL would extend his fantasy acehood a little longer – like it did for Jon Lester and his fried chicken and beer buddy, John Lackey – but Shields’ BB and HR rates spiked insanely last year.

The HR rate (a near league-leading 1.47 HR/9 IP) was due to regress a bit (now around 1 HR/9 IP) but his BB rate is still 3.6/9 which relegates him to streaming in shallow leagues and an Ian Kennedy-like SP4/SP5 in 15-team leagues. If he could regain his control, he has a shot at a 3rd act as a KaBoB.

So Grey handed me the roundup keys on a short slate Thursday. I’m so excited. I’m so scared. I’m so tired (I’m shocked Grey hasn’t moved to Hawaii yet so he doesn’t have to write at night). I asked him to return the favor and give me a title and all he came up with was, “Brooke Shields Is Handsome” and “The Shields Start Was RiChiklis”. Oy.

This is the third year I’ve drafted solo in the Yahoo Friends & Family MLB league. Here are links to the draft results and a Q&A with all the owners.

This league allows daily pickups where all adds/drops take effect the next day. The biggest challenge is that this is the news sharkiest expert league ever created so there is NO WAY I’m ever landing a player based on breaking news (there are three from Rotoworld, two from Rotowire, and Yahoo’s Scott Pianowski. If they get by those 6, then there’s Grey. I had some success in 2014 grinding to a 6th place finish with a mediocre draft leveraging the Streamonator and Hittertron (and even out-sharking people on two closers) but that advantage was nixed when a move cap of 125 was added in 2015.

In addition, several members have no problem drafting in an unorthodox way (the hit/pitch splits this year ranged from 48/52 to 80/20!). This has put me in some uncomfortable spots in past drafts.

All that said, I felt good going into the draft for three reasons:

Here is my team:

Draft season is almost done. I hope Grey’s voluminous rankings/advice posts, my advice/projections (w/ Steamer), and the rest of the teams’ work has set you up with some solid rosters.

(Or, if you just play DFS, I hope March basketball kept you entertained.)

We’ve been hard at work improving the Razzball MLB tools for 2016 to help manage your team(s) in-season and in the top Daily Fantasy Sports sites. We have updated FAQs on our streaming pitcher (Streamonator), hitter (Hittertron), and DFS (DFSBot) tools. There are even videos for Streamonator and Hittertron if you cannot process screenshots and text.

If you are unfamiliar with our tools and play season-long or daily fantasy baseball, I IMPLORE you to go to our Subscriptions page and read up on them. The tools are easy-to-use (no math skills required) and will help you make quicker and more effective player decisions no matter what format you play. We even have options where you can try it out by the day. You will not find a site out there that delivers a better bang-for-the-buck subscription or is more transparent/accountable than ours.

Click here to see our subscription options. Starts at $4.99/month or $19.99/season. Free or discounted with new account + deposit on select DFS sites.

Below are the kick-ass improvements for 2016:

Last year, I wrote a “If You Can Think It, I Could Test It” where I invited commenters to ask me draft questions that I can test against the Razzball Commenter League data. With Grey traveling back from his stealthily awesome Tout NL draft, I figured I’d use today for a sequel.

Here’s what I have at my disposal:

Types of questions you can ask include:

The more specific the question, the better.

This is a special day. If you ask me an everyday question about your team, I’m going to reply with “Boo, wrong post. Ask Grey tomorrow.”