Happy day after Dre Day Kids! Do kids even know who Dr. Dre is? “Ahhhhh do you mean the headphone guy makes music too?” (Shakes head and walks away) I’m listening to “Compton” as we speak and it’s had it’s highs and lows so far, but it’s a first listen so we’ll see. Still Dr. Dre was the soundtrack of my middle school and high school years. No matter where you went in the 18 months following “Chronic 2001″‘s release you were hearing something from that record. I mean unless you were going to a country club or a klan rally. Then again Tiger Woods was probably sneaking porn stars into his Buick while listening to Xxplosive. So maybe it was just klan rallies. Then again again I’ve never been to a klan rally, so I’m uncertain of what goes on. If I’m to guess, I’d assume they listen to nazi punk, but then again again again I’ve never heard nazi punk. But I do know Jello Biafra really wanted them to F off. BOOM! Off track like Carl Lewis, where were we? Oh yeah this week’s theme is Dr. Dre!!! I just want to be clear I’m picking Dre produced projects that fit the quality of the starter not the five best Dre laced joints. That would be Straight Outta Compton, Chronic 2001, Chronic, 100 Miles and Running, No One Can Do it Better, and The Slim Shady LP. Okay so that’s 6 but I couldn’t leave off my favorite Eminem record. So let’s get into the Two Start Pitchers for Week 19. 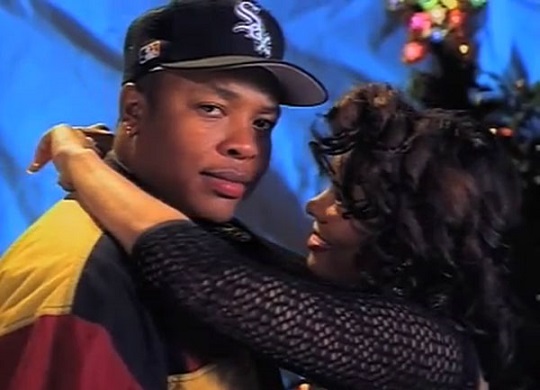 Chronic (Aces) – This sort of has to be the ace record right? Straight Out Of Compton is probably a tie, but this album hit mainstream America like a ton of bricks. Even 6th graders like myself wanted White Sox hats and Carhart jackets and such. Who was cooler than Dre and Snoop? Nate Dogg? Yah, maybe Nate Dogg, but that’s because Nate was the coolest, and sadly this “Compton” album misses him. All of these guys are getting rolled out 100%, and I wouldn’t be too worried about Harvey against the Rocks at Metco. He’s a must start each time out even if he’s facing the Space Jam Monsters.

DoggyStyle (Good Starts) – This is a very good record, but it’s not an ace level album sorry y’all…. Carlos Martinez is allowing a ton of baserunners over the last month, so I understand why Grey and many others are skeptical about his outlook rest of season. Here’s the thing his matchups this week are tastier than a Chic-Fil-a sandwich and a sweet tea. Roll him!! Couple of surprises in this tier in Rubby de La Rosa, J.A.Happ, and Miguel Gonzalez. Their matchups are all very attractive, you should date them. You know, as long as they’re okay with your toy collection and weekly D&D games.

The Documentary (I Wish I Could Sit You) – Also not a bad record but at times The Game can be a bit much. This album is mostly good but it got old on me quick back in 2005. Probably all the 50 Cent features, but who knows. I heart Joe Ross. I really do, but here’s the thing he gets two tough games this week, we’ll see what he’s made of. He’s a man that’s tough to sit, so you probably don’t and hope for the best. Chris Rusin is in this tier because I don’t know what to do with him. His matchups are great but he’s way to unstable to be a great start. He’s like the girl making passes at you that you’d love to get weird with, but she’s way too crazy and will burn down your house. Great sex or insurance claim…..The Choice Is Yours!

The Firm (One Good Start/One Bad Start) – This seemed like a great idea in concept, but in reality….not so much. It has a good song, then a bad song, and so on and so forth. This song is crazy slept on though. I mean seriously “On a weekly, Benz or Mitsubishi/Got the flip phone in the strip zone/satellite dish, 50 inch with the Knicks on/Everyday is real in my life. you live in sitcoms.” DOPE! Severino is a sex machine but let’s slow it down a bit and avoid the Blue Jays start. We still cool Luis? You knock that lineup down and we’re going steady….seriously, promise rings and all.

The Aftermath (Avoid These Clowns) – Keep Their Heads Ringing, and that’s it. Hands down this was almost as disappointing as Christie McNeal with her top off. She had Banana Boobs. These guys are Banana Boobs. I don’t dislike Jonathan Gray or Matt Boyd in fact I think they both have bright futures. But Boyd’s matchups are a tough hurdle to get over, and I can’t yet trust Gray even in good matchups like these. If you decided to take a chance on Gray this week I could dig it. I know, I know, then why is he here? I just told you I don’t trust him…..Yes I constantly argue with my inner-monologue.

As always these matchups are subject to change. Starters will come and starters will go, but you can always attract strippers with a bag full of blow. Words to live by gents.