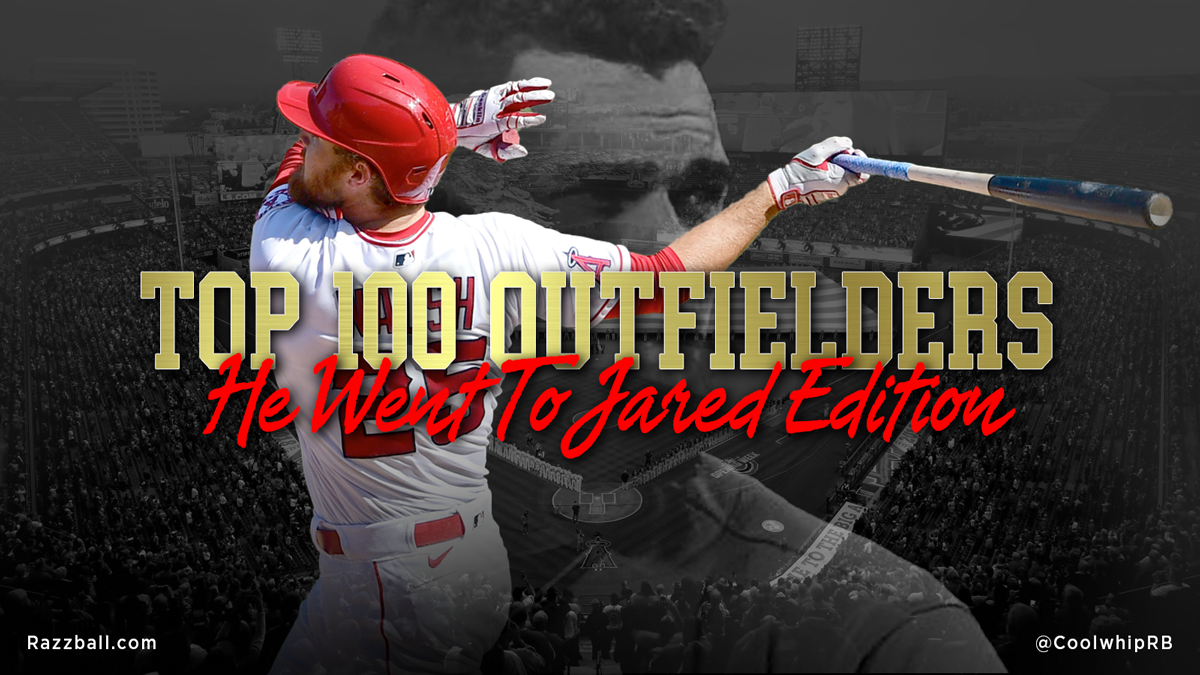 Here we are again fam. Last time I gave you an update we shuffled the board quite a bit to give due recognition to guys who were showing up and shaming the ones who aren’t. For instance, Adolis Garcia is still raking. That man has got power for days, he might break the top 40 next time we meet. Baddoo has continued to trend down with his average dropping below .200 for a bit, though he’s had a few signs of life over the past few days. He probably needs some time at AAA to continue his development as he fell a lot harder than I would have guessed. But it’s still early and he’s likely to be very hot/cold.

This week, I want to focus on a few more guys making a name for themselves in the “outfield”. And especially highlight one named Jared Walsh. As an Angels fan I have a lot of say on this, Pujols had to go. I knew it, you knew it, we all knew it. We all would have complained for the rest of the season that the Angels weren’t playing the young talent just like we do daily with the Rockies while Pujols struggled to hit over .230 (Jared is currently over .300). Jared is not a RF, he belongs at 1B where he’s a plus glove. Ohtani needs all the ABs at DH he can possibly get (speaking of him, is he going to get RF eligibility too? hahaha. He’s already subbed out there twice). These guys are the team’s future and they need to be on the field… Pujols was taking ABs away from their development and the time was now to let them fly. Anyway… let’s hit that run down:

Jared Walsh – True to my word, he’s on the list now since he played just enough RF to qualify before they gave Pujols the boot. Does Maddon have him on his fantasy team? I was fully expecting him to be in the top 30; but dude, he cracked the top 20 for me. Crushing it. He’s currently in the top 11 for OPS in the league right now. The man can hit pretty well for a (former) pitcher. I hear that’s a thing now. 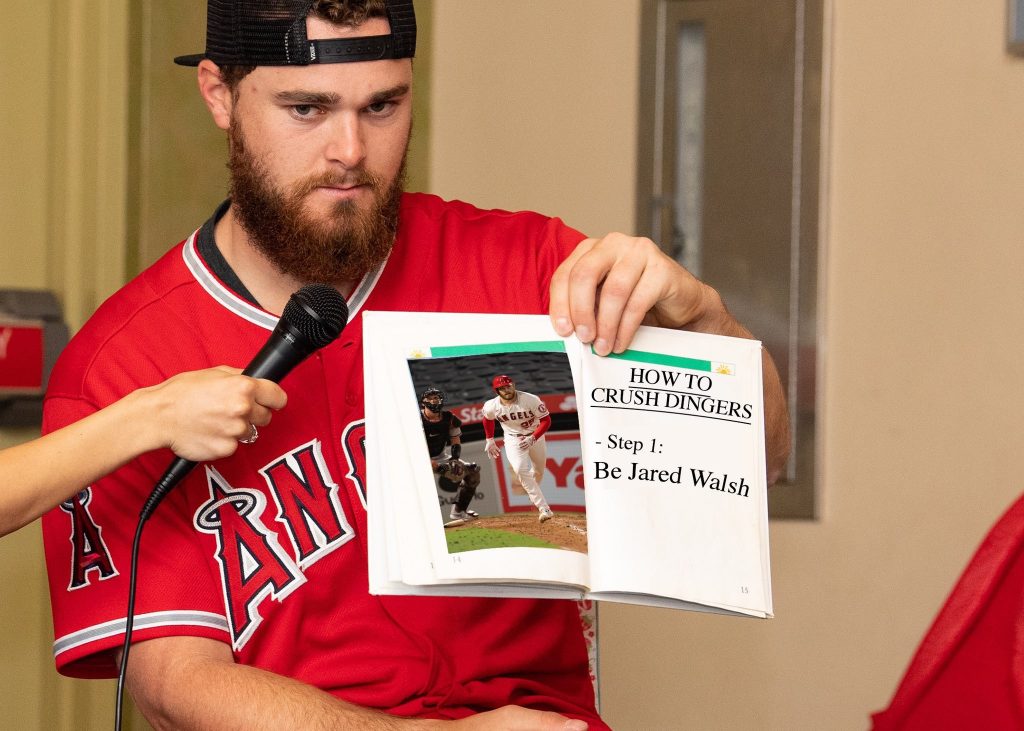 Mitch Haniger – Hitting .259, 10 HR, 27 RBIs. He continues to hit like the player I thought he was in the preseason. Every time he has played he’s been balls-out good. Full stop.

Josh Rojas – This is a weird feeling. Josh Rojas SZN has finally come yet my mind still wants to reject it because we can’t have nice things. If he continues on with a 20/10+ season like he’s pacing and plays mostly every day he’s going to be very valuable.

Andrew Benintendi – As of yesterday he had the 2nd most hits in the league since April 30th. And it looks like he may have figured out what was wrong with his swing and plate discipline. Not great yet, but on a healthy trend going forward. Maybe he’s back. I’m feeling Beniiiiii, Beni and Regrets. 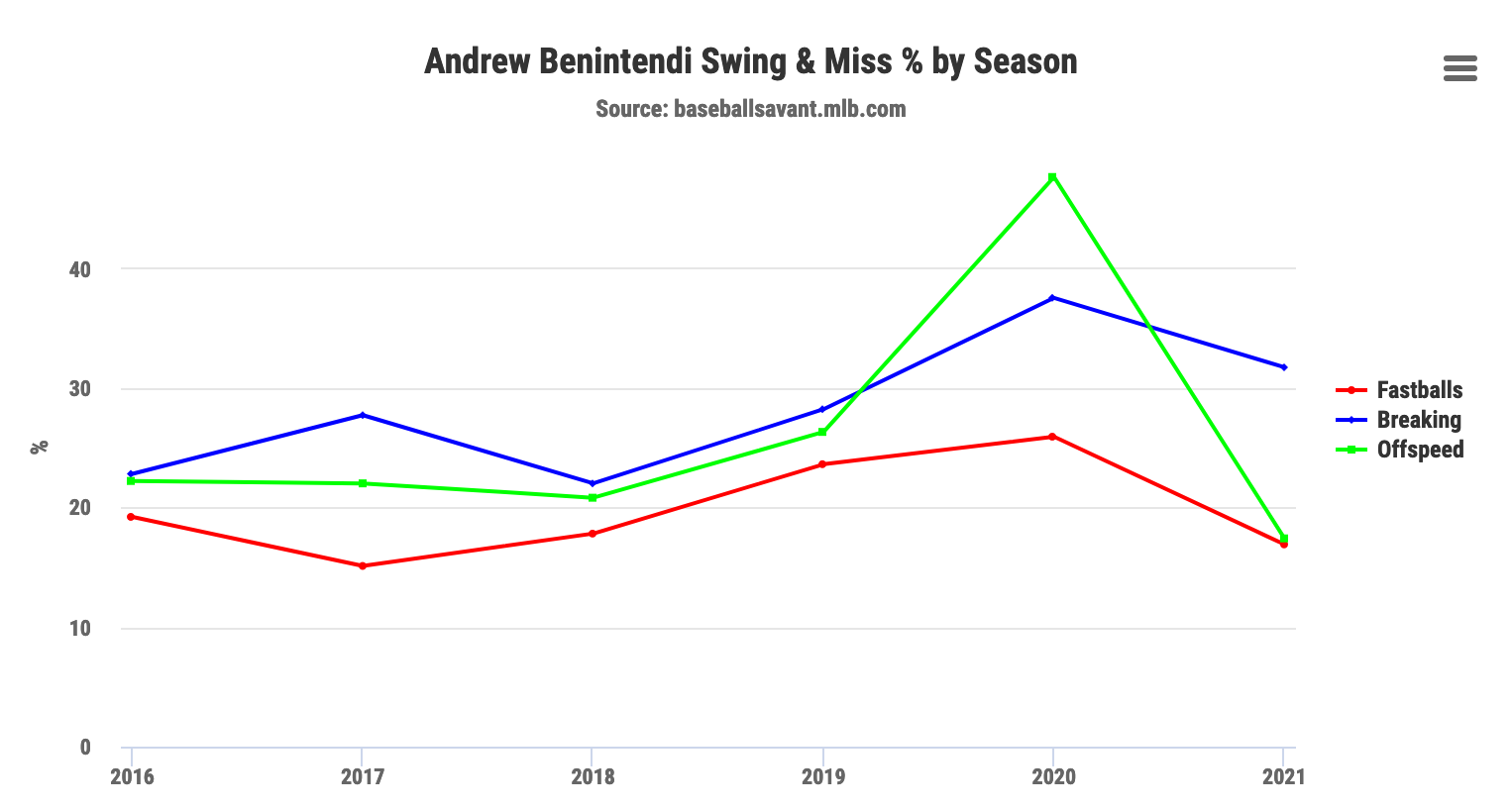 Byron Buxton – So it finally happened. This obviously puts a damper on his breakout season pace, but hopefully, the bux doesn’t stop here.

George Springer – Just as quickly as he suddenly came off the IL, he hit 2 HRs and quickly went back on it again. It’s really putting a strain on our relationship.

Luis Robert – Noooooooo. Out for most of the season now with a torn hip flexor.

Lourdes Gurriel Jr. – He’s been so bad to start the season he might need a trip to AAA to get himself back on track… I dropped him in one league to activate Kelenic. Felt weird, and yet freeing.

Ronald Acuna Jr. – Looked like he rolled his ankle yesterday, hoping that’s all it is. Later in the game, he was seen walking around the dugout without any assistance so the hope is that maybe he only misses a couple of games.

Eddie Rosario – Each year Steady Eddie has been so dependable you could set a clock to him. So far he’s off to a slow start, but I suspect we start to see his bat come alive real soon. The weather heating up into spring and summer can only help.

Andrew McCutchen – He started cold as ice, as he’s no foreigner to starting slow. Towards the end of last season, yours truly said he was about to come alive and he finished strong. After a strong run these last 2 weeks, it feels like he’s finally joined the season.

What’s the prognosis on Winker? Do you think he sticks around the top 20?

I like Winker a lot, he’s proving to be a real breakout. I think him staying in top 30 is definitely possible

I think it’s time for many of us to accept and acknowledge the obvious, Kyle Lewis and his robust 5 RBI’s is a bust. Mea culpa Grey.

Is Mookie Betts a ” poor man’s” Robbie Grossman? Yes, you read that correctly.

hahaha it would certainly feel that way

Well he’s joined the season late due to injury but hitting the ball well, the Mariners offense is just bad outside of Haniger. I wasn’t quite as high on Lewis to start the season but I think it’s too early to write him off.

Got offered a get: jd Martinez and closer Hader give:betts trade
Based off this chart seems like a no brainer right?
12 team roto

Homer's got the Runs
Reply to  Ken

If this is redraft, j actually like JD side more.

Ken
Reply to  Homer's got the Runs

Not redraft it’s a 12 team roto. Figure Hader helps ks saves and ratios. I lose in sb but jd is pretty even with betts in other categories

redraft means not dynasty/keeper… if you are in need ratio/save help then I would probably do this.

Ah ok. And thanks I accepted this am.

You got Kirilloff at 102. Where’s Kelenic ROS?

Wow! Oversight on my part… *facepalm*

For starters he should be around Kyle Lewis… but the potential upside could push him up into 30-40 range if he starts hot.

Surprised to see Mountcastle over Adolis, comparing their output so far this year.

That’s due to my math where i’m combining 1) what have they done before, 2) what are they doing this season 3) what I expect rest of the way.

With Mounty showing signs of life I haven’t tempered my ROS expectations much from last post… but I have moved up Adolis since then. If the trend continues based off last 2 weeks, then we could see him above Mounty next post.

I need to cut one of these (Kepler; O’Neil; Bader); this is your order. I actually felt the opposite.

I need to cut one of these (Kepler; O’Neil; Bader); this is your order. I actually felt the opposite.

Reason being track record. Kepler has the most track record and recently has been hitting better. If chasing upside then I could see Bader over O’Neill… O’Neill is who he is, whereas Bader seems to be showing the possibility of more.

Ward just started havent seen enough yet.
Marisnick is platooning and just missed, if he keeps producing he’ll move up.
Luplow is a terrible hitter. He’s little more than a batty call for favorable matchups.

….which is why I haven’t dropped Gurriel lol

I’m surprised to see Pavin Smith so far down on the list…I know the tools aren’t sexy, but this stat cast darling keeps plugging along. And no Andrew Vaughn? Slow start seems to be melting away of late…

As of right now, Pavin is platooning and Vaugh hasn’t done much yet. If roles/perforance solidify I’ll adjust.

Pavin maybe platooning in the OF, but he is playing everyday….Vaughn, fair enough….just started to show life.

True… though he hasn’t produced much yet. Thats why he’s where he is now. If he keeps hitting .270 though, we’ll see him move up.

Can’t let go yet….glutton for punishment. He had a hit and an RBI last night!

I just traded LGJ for McClanahan in my keep forever league. So freeing!

Tried to trade him earlier for Cease, but he came back with McClanahan. Yes please!

Assuming Cash lets him pitch deep enough to qualify for wins I can get behind that.