Please see our player page for Dan Jennings to see projections for today, the next 7 days and rest of season as well as stats and gamelogs designed with the fantasy baseball player in mind.

Now that we have the formalities out of the way, it is time to get into the actual information.  For each team, I listed every player that was out of minor league options, and then color coded them based on the key below, ranging from players that won’t likely be sent down to players that are not on the 40 man roster.

The fans that arrived early yesterday at Nationals Park were puzzled to find what appeared to be a show on HGTV.  The newest Property Brother, Michael Blazek, the Brewers pitcher, opened a box from Ikea, and sat at home plate for six hours during the pregame, assembling something.  At one point, he screamed to the heavens about being screwed, but Bryce Harper (3-for-5, 3 runs, 4 RBIs and his 26th and 27th homers) realized Blazek wasn’t saying he was screwed, he needed a screw the box was missing.  Ryan Zimmerman (2-for-5, 3 RBIs and his 21st and 22nd homers) had a fix, they could use Dusty’s toothpicks to hold together Blazek’s contraption.  Then Anthony Rendon (2-for-4, 2 runs and his 21st homer) had a brilliant idea.  The twine holding together the Nats’ bullpen could be used to hold together Dusty’s toothpicks.  Brian Goodwin (3-for-5, 2 runs, 2 RBIs and his 10th homer) and Wilmer Difo (2-for-4, 2 runs and his 3rd homer) were the first ones to the plate to see what Blazek had constructed.  It was a bit shoddy in places, but it was holding up.  Pulling back, we reveal that Blazek had built a baseball tee to place all his pitches on.  All of these guys are either owned or are Wilmer Difo, with the exception of Brian Goodwin.  He has three homers since the All-Star break, and has been cemented in the leadoff spot (for reasons only Dusty can explain).  Won’t help you on average, but has a solid base of speed and power that could help in deeper leagues while he’s leading off, and especially when hitting off a tee.  Anyway, here’s what else I saw yesterday in fantasy baseball:

Some day somebody’s gonna make you want to turn around and say goodbye.  Until then baby, are you going to let them hold you down and make you cry? Don’t you know?  Don’t you know things can change, things’ll go your way, if you hold on for one more day.

That music of genius was brought on by a smooth impromptu karaoke session in a West Boston saloon.  It was me and Ralph and a girl who was paid by the dollar to talk to us about her kid.  It’s all a true story.  Fun times were had, and at the time I didn’t realize how correlative the song was back then to this particular stat category and one that is by far my favorite to talk about.  Funny, it only took a Wilson Phillips song on the drive home from work to reminisce about Boston, Ralph, and relief pitching.  I love the stat, not everyone uses it, but I still love it nonetheless. If your leagues uses it, cool, well I will be your every other week destination for giving you the low-down on the hold situations going across the MLB.  So get comfy, with a week to go until Spring Training starts, and the full extent of the 2017 season yet to play.  You will get sick of me, in say… 30 weeks.  So get comfy on your favorite porcelain fantasy reading chair and welcome to a brand new year! 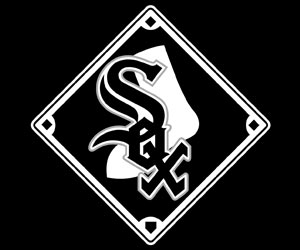 Welcome to the 2016 Razzball Team Previews! You’ll find everything you need to know about each team to get yourself ready for the upcoming fantasy baseball season. And I mean everything, folks. We’ve got line-ups, charts, Slurpees, lube, a guide for beginner electricians, and even a cactus! Well, that’s a lie. That’s what Jay had last year sitting in front of him. This year? Um…a little less lube? Take that as you will. But hey, we’ve got teams to preview and questions to ask, so let’s hop to it. We a very special guest for this post…James Fegan, to provide his take on what the team has in store this season. Now enough rambling, let’s see what 2016 holds for the Chicago White Sox!

Yesterday, Rubby de la Rosa threw 9 IP, 2 ER, 6 baserunners (0 BBs) and 5 Ks, a semiprecious stone of a game. (Maybe I didn’t need to use a thesaurus for the word gem.) Rubby reminded me of Celine Dion and her baby. If I could hold Rubby to my ear, what would his future sound like? *paints Rubby on a seashell for makeshift future-telling device, puts seashell up to ear* I hear Johnny Gill saying, he will Rubby me the right way! That’s amazing! But how can we be sure Johnny Gill isn’t just saying that because no one has asked for his opinion on anything in 25 years? Wait, maybe we haven’t heard from him because he’s been living in a seashell all of these years. Rubby’s K-rate is 8, his walk rate is 2 and, yes, they’re even numbers, unless we’re going to the 2nd decimal, and 2nd decimals are for nerds! Speaking of which, his xFIP is 3.43 and he’s been a tad unlucky to have a 4.08 ERA. I don’t see Rubby as a potential ace breakout candidate, but I own him in multiple leagues, and like him since he throws hard, has solid control, should get cushy matchups and could have a fantasy number three to four year. Now how do we get Johnny Gill out of this seashell?! Anyway, here’s what else I saw yesterday in fantasy baseball:

In Los Angeles, Matt Kemp played for one of the most popular sports franchises in the world in the 2nd largest city in the country. In San Diego, the Padre fans pride themselves not on wins and losses, but how well the Chablis goes with the brie while they watch the game from the picnic area. In Los Angeles, Matt Kemp went to all the hottest nightclubs. In San Diego, he’ll be frequenting places that look like the bar where Jodie Foster was in The Accused. In Los Angeles, Matt Kemp hung out with the hottest celebrities. In San Diego, “Hey, is that Natalie from The Facts of Life?” In Los Angeles, Matt Kemp dated Rihanna. In San Diego, Kemp’s dating Natalie. It’s only a mere two and half hour drive, but the culture shock is going to hit Kemp as soon as he arrives because he’s going to have to surrender his Lamborghini, there’s a town ordinance that everyone must drive a Jeep with no doors that they put plastic bags over when it rains once a year. On the backside of the site, I’m currently churning through rankings that will be coming in January. I nearly ranked Kemp higher than I want to admit to now. I was believing the 150 games played, 25 HR, 8 SB, .287 season he had last year. Whether I believe it or not, going to San Diego is going to hurt his value. From hitting in the middle of an All-Star lineup to hitting in the middle of Yellowstone. Kemp said on his first day in Petco, “It took some time to get my bearings. In other parks, you can set yourself in the batter’s box by using the outfield fences as a guide. Here, you have to assume the outfield fences are out there somewhere.” Kemp has money coming to him either way, so if he became a 20 HR, 5 SB, .270 guy for a few years, it wouldn’t surprise me. For 2015, I’ll give him the projections of 72/22/81/.276/8. Oh, and, yes, I’m cautiously optimistic this means Joc Pederson will now be the starting center fielder in LA. For more, I already went over my Joc Pederson fantasy. Anyway, here’s some more offseason moves for 2015 fantasy baseball: