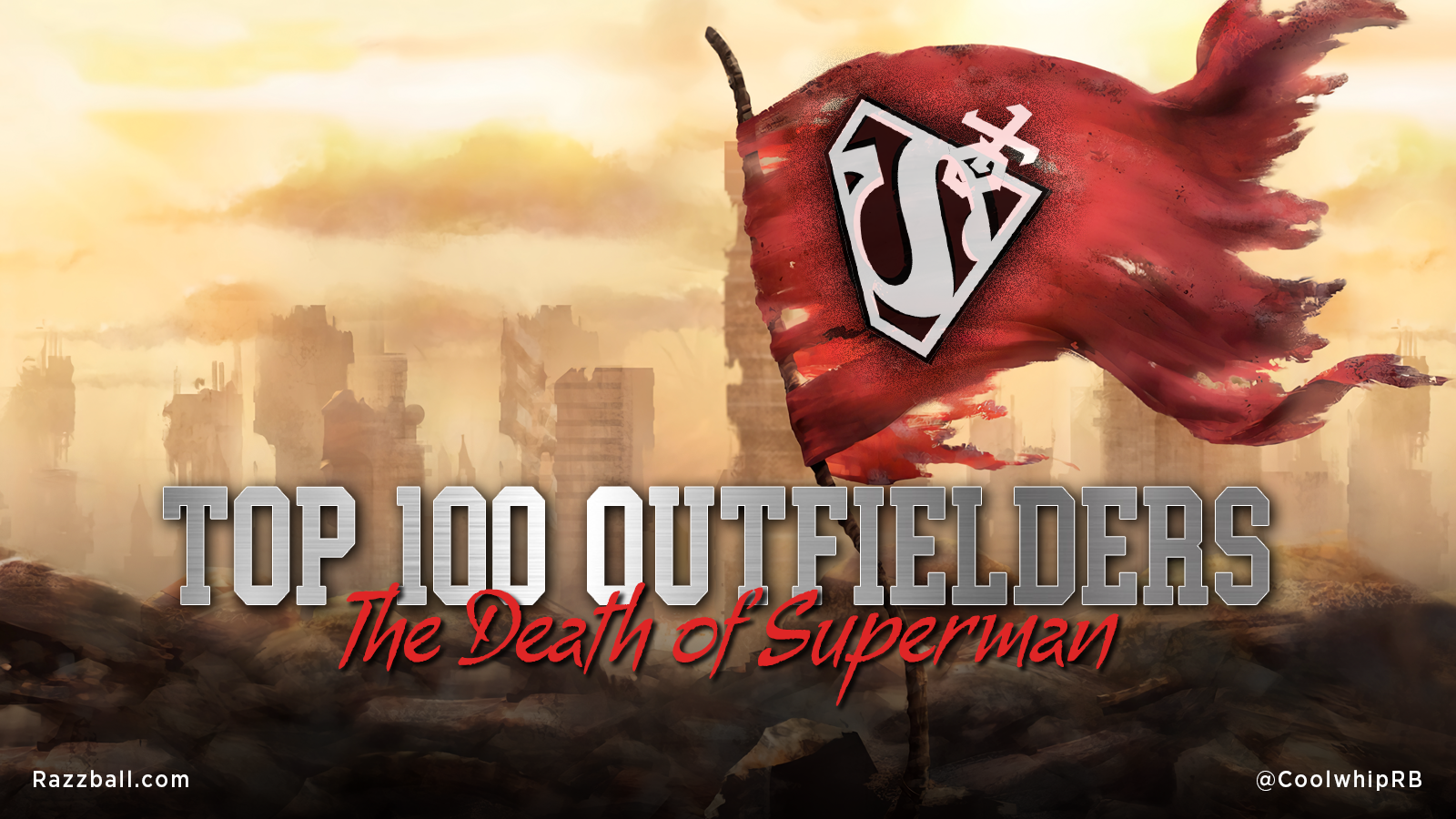 So it’s the last of the last week of Spring Training, what could possibly go wrong? This weekend of a slew of injuries and demotions went down across the league. And perhaps hit hardest was the outfield. It wasn’t just a middling outfielder or lower-tier guy that was struck down, but Superman himself Eloy Jimenez in one of the premier offenses for this season, and World Series hopeful White Sox, whose massive chest was torn asunder while trying to fly. The shining white knight became as Icarus with his wings burnt up for flying too close to the sun (or wall in this case). The folly of man triumphs over his dreams once again, no? The sweet lullaby of babies rocking ends with a tumble from the heights of Mt. Olympus to the pit of Hades. On that happy note, hopefully, this report doesn’t find you circling the drain in the Well of Souls… let’s begin!

Taylor Trammell – Will be breaking camp with the team. A lot to like with him despite the high strikeout rate, sneaky pop with ample speed should be a good late-round or first FAAB stolen base threat to start the year especially with Kyle Lewis likely starting a bit slow. Though there is some concern on how playing time will shake out once boy wonder, Kelenic is called up. But… SAGNOF!

Mitch Haniger – Yes I’m going to mention him again. Like I said before, he was pretty, pretty, pretty good before getting sacked in 2019. Though camp he’s continued to rake and since my last post he’s moved up to leadoff and stuck there in lineups. Okayyyy. So trim a few RBIs, increase expected ABs, and runs some. As such, I’m moving him up some with perhaps some unwarranted confidence (get a load of the brass balls on Coolwhip!). When/if you draft him, remember to balance your distribution of Runs/RBI potential, especially in Roto. We shall see if he’s the Nutcracker Prince or the Mouse King in this fantasy.

Randal Grichuk – With the injury to Springer, Rowdy and Randy become the new pied piper of dreams in the Jays lineup. Grey already gave you his Rowdy sleeper and now I’ll say a few words about The Other Randy. Before Ricebowl went on a homer spree in the playoffs, this Randy was making a name for himself with 12 HRs and 35 RBIs. From 8/14 to 8/28 he hit over .300 with 9 HRs and 22 RBIs. That’s 2 weeks. 2 WEEKS! He’s always been a bit of a streaky hitter but he found something last year. He’s worth a late look as your OF5 or bench bat to see if he can recapture some of the magic. Live look-in at Grichuk from the dugout after Springer injury… 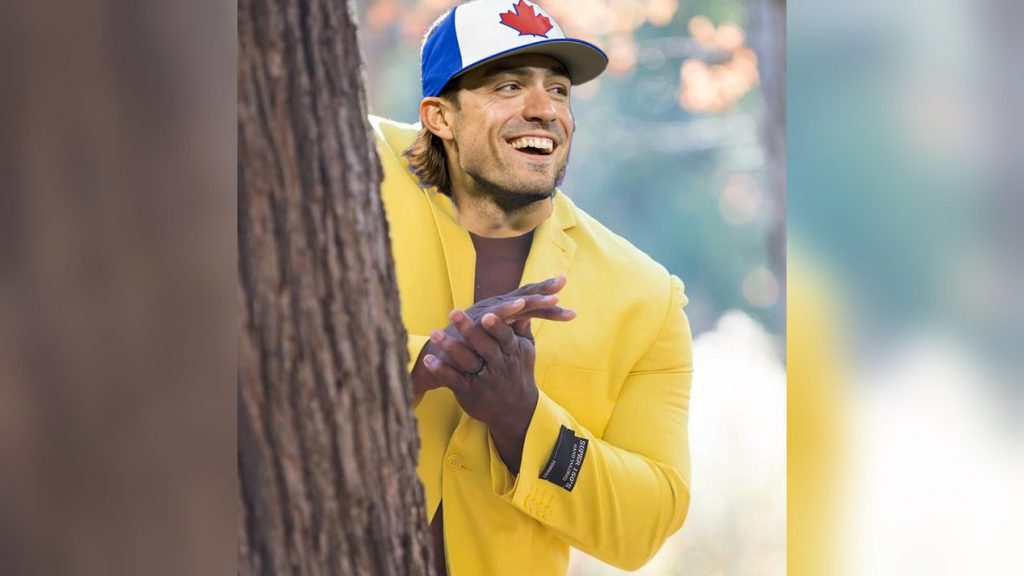 Garrett Hampson – With Rodgers dealing with an injured hammy and him getting several CF looks this camp. I’m probably getting some unwarranted positive vibes for his playing time. But the dream is alive and for now I like what see. I can haz 500 ABs?

Eloy Jimenez – Good night, sweet prince. He’s going to miss significant time with a torn pectoral tendon. Ouch. That chicken wing ain’t gonna flap for awhile. So, as per the intro, Icarus is grounded. I have no idea why he was even trying to rob a home run in a spring game when that has never been something in his toolbag. Like bruh, I get that you want to try that in a playoff game when shizz is on the line, but we talking about practice. Not a real game now, practice.

George Springer – So let’s just forget everything I said about him being your OF1. He has been diagnosed with a Grade 2 oblique strain and even though they floating out there some optimism about him not missing much time, starting the season as DH. I don’t buy it! Oblique injuries are one of the main kisses of death for hitters. It kills almost all of your rotational power. Hard pass. I will look elsewhere thank you, as much as it saddens me to do so. Randal Grichuk stands to benefit (see above). I haven’t moved Springer yet because we aren’t sure on PT effects, but consider him a ghost at the moment.

Trent Grisham – Will start season on IL. That hammy needs more time in the oven. My heartthrob from last year is just a throbbing headache this year. If you listened to Grey/me/we/us earlier, you already avoided drafting him because the price tag had inflated like a hot air balloon. And now subsequently has popped. I guess in late drafts now you might be able to get him late enough and store on the IL; but, I’m not sure how much he steals when he comes back or how soon he’ll be allowed to… thus deflating his value further.

Mike Yastrzemski – As of making final edits to this post, Yaz was beaned on the hand by a pitch and left with the trainers. Not sure of the severity yet (unmoved in rankings) but it’s probably not good and I really wasn’t targeting him to begin with, so this doesn’t affect my late drafts and waivers and hopefully not yours either since his price tag shot up way too high for this season.

Scott Kingery – Optioned to AAA. Looks like Kingery will be demoted to Jack-of-all-trades yet again. The kid can’t catch a break. Once he is called back up he’ll probably resume the utility role as he lost out on the opportunity (to begin the season) as the starter in CF, likely to the return of ODB (and Haseley/Quinn). Apparently, Girardi likes it raw.

Daulton Varsho – optioned to start the season. He’ll be back.

Jarred Kelenic – sent down to start the season, gotta delay that clock!

Akil Badoo – Will make the OD roster after having a solid spring and partly due to being a Rule 5 draftee. He looks to have a mix of power and speed and is not a bad flyer if looking to roll the dice in that category. It’s not like the Tigers have an All-star cast blocking him. SAGNOF!

Amed Rosario – So the CF experiment might actually happen. Zimmer, Mercado, Johnson all sent down leaving only Gamel (who has a total of 23 HRs in 1200+ ABs) and Rosario. If Rosario can produce passable defense then he might get the lion’s share of ABs until Daniel Johnson gets called up. Could be worth a flyer to get that .275 with power/speed combo.

Josh Rojas – Depending on your league, he has OF eligibility or just 2B. He’s had a great spring to the tune of .353 and 4 HRs. Rojas SZN? One can hope. He’s not on the board yet, but if he starts getting playing now that he made the roster; Woah, Nelly.

Austin Slater – I haven’t added him into the top 100 yet, but if Yaz misses time 20/20 pace stats would be a possibility. The late breakout began last year before fizzling due to injury (as has been his problem). Maybe this year his best surf is ahead of him.