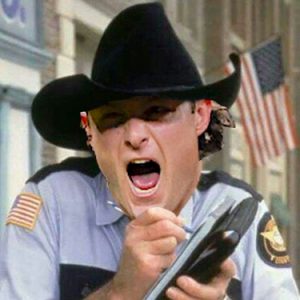 I’m a little uneasy about putting out rankings at this stage of the game given the uncertainty surrounding the start of the MLB season, but I know many of you need to make some decisions about keepers and are probably starting to think about drafts. I strongly recommend that your league considers delaying any keeper deadlines and solidifying a draft date until the start of the season is more of a certainty. A lot can happen between now and Opening Day and that will directly affect player values. Those of you that read my posts over the years know that I am a numbers guy. My rankings are based on my estimations. Estimations are my version of projections. However, I have not yet started to formulate my estimations given the aforementioned MLB climate. Luckily for me, and you, Rudy, perhaps the best in the business, has generated projections. I think I might have broken a record for the number of commas in that last sentence. Almost certain it was bad grammar. Today’s rankings are based on a proprietary blend of those projections and my patent-pending algorithms.

I don’t often do ranking tiers, but when I do, I share them with you.

There is only one pitcher in this tier and that’s Gerrit Cole. Based on what I’m looking at, Cole is going to score 50 more points than the next pitcher. That’s the biggest gap between two pitchers ranked side by side and because of that, I think he has to live in a tier of his own. By the way, that’s the working title for a movie starring Tom Hanks and Gerrit Cole disguised as a woman so he can pitch for the Rockford Peaches. Cole was my top pitcher last year coming into the season and he ended the year in the top ten, number 7 based on my standard scoring. Predicting Cole to finish in the top ten is far from bold. Let’s keep in mind, however, that he had quite a bit of adjusting to do due to MLB’s midseason rule change cracking down on sticky substances. This clearly had an effect and slowed him down a bit. Something else worth pointing out is that every pitcher that had more points than Cole last season also had more starts and pitched more innings, except Max Scherzer. With another three starts, Cole jumps to number two based on his average points per start.

This next tier starts with Corbin Burnes. Burnes had a great 2021 and I think he continues to build on that. Any time a pitcher throws nearly 7 strikeouts to every walk, you’re going to have a great points league pitcher. Burnes missed some time due to COVID and a minor knee issue, and in my opinion, that’s the only thing that kept him from finishing as the top SP.

Next up is a pitcher that could very well end up number 1. Jacob deGrom. I’m going to repeat what I said about Burnes. The only thing that kept deGrom from finishing as the top SP was his health. The only thing that kept me from ranking him with or above Cole is his health. It sounds like he is tracking to be “good to go”, but he is 33 years old. The Mets did bring in Max Scherzer, so that should take a bit of the pressure off of deGrom.

Speaking of Max Scherzer, he’s next on my list. Year in and year out Max refuses to disappoint. He is a dominant force in any fantasy format, especially points leagues. Last year he led all pitchers with at least 25 starts with 20.81 points per start. Like anyone in this tier, Scherzer could end the season in the one spot.

I toyed with putting Shane Bieber in tier 2, but ultimately felt more comfortable putting him at the top of tier 3. Shoulder issues derailed his 2021 season, but there’s no denying he is an ace. When he was on the mound he got the job done to the tune of just under 18 points per start.

The two pitchers I am most interested in owning in this tier are Walker Buehler and Jose Berrios. With Scherzer departing Los Angeles, Buehler is now the top dawg. He’s got some big shoes to fill, but I’m confident he can do so. His 19.2 points per start last year seems to agree with me. As for Berrios, he consistently pitches deep into games, averaging 6 IP per start last year. That number is consistent with his career number of 5.8 IP per start. The more innings a pitcher pitches, the more points he accrues. With the offensive firepower the Blue Jays possess, he’s going to get plenty of run support to rack up those wins.

Give me Kevin Gausman, Freddy Peralta, and Julio Urias and call it a day. These three starting pitchers can very easily pack quite the punch in points leagues. Last year they averaged 17.66, 17.31, and 18.30 points per start respectively. This entire tier is a group of pitchers that can easily jump up a tier and I fully expect some of them to do so. I can also see one or two stumble backwards. I am certainly interested in seeing where Chris Sale winds up.

Look who we have here. Justin Verlander. If that’s not a blast from the past. As you can see from his projected points per start, he should be up in the 4th tier. The reason he’s here is because he’s 39 years old and he missed all of 2021 and pitched 6 innings in 2020. However, if there’s a pitcher in this tier or the one above that could far outperform his ranking, it’s Verlander. I guess Chris Sale would fall into that category as well.

The pitchers that I’ve got an eye on are Logan Gilbert, Pablo Lopez, Tarik Skubal, and Marcus Stroman. But that’s just me.

Good to have you back malamoney. You know I love the points league stuff.

Who are you taking with the number one pick?

Good to be back. Tough question. As I always say, depends on the scoring system. I’m in a league where the scoring system is heavily skewed towards SP. In that league I’d be looking at Cole and Burnes. All things equal, Soto, Vlad or Tatis.

Keeper question, knowing you don’t have exacts without knowing how many games are played, would you keep Bo Bichette for 12 dollars (300 auction) or Jose Ramirez for 32. League settings -1 for Ks.

Thanks for your input!

malamoney
Author
Reply to  B. Rabbit

What up B. Rabbit. Bo Bichette. That’s almost a no brainer considering the $20 difference in price.

B. Rabbit
Reply to  malamoney

Ha ha, thank you. I appreciate the response.

Man, I was hoping you’d say “give me Sandy and call it a day.”

I’m trying to decide between Alcantara, Gausman, and Peralta for my fourth keeper. I was leaning towards Alcantara.

(My other three keepers are hitters: Acuña, Soto, Vlad Jr.)

Good lord on your you hitter keepers!

As for those pitchers, I do have them ranked Gausman, Peralta and then Alcantara, but they are in the same tier. I think Gausman ends the season with the most points if he is healthy. They are all good options. If it helps, Alcantara would be my 4th choice in that tier.