After my best week of the season, last week’s streamers had some mixed results. Weeks like that are inevitable, but enough of them did well for me to be happy with the results. One thing has become clear, and it’s that there are a ton of good streamers out there. The pitching landscape is full of guys in good spots, and we want to exploit some of these little league lineups that continue to take MLB fields. With that in mind, let’s get started with the arms!

We had Singer in this section last week, and we’re going right back to the well in the same matchup. This righty struggled in his debut against the Guardians and got blown up by the Astros last month but has been fantastic outside of that. In fact, Singer has a 2.23 ERA, 1.02 WHIP, and 9.2 K/9 rate in his other seven appearances. We love that since he did most of that damage against some of the best offenses in baseball, but Oakland is far from that. On the contrary, the A’s rank bottom-three in runs scored, OBP, OPS, wOBA, and xwOBA. That has Singer as one of The Streamonator’s favorite streamers of the week, projected to provide $14.4 worth of value!

Walker is finally starting to get picked up in fantasy leagues, and it’s about time. This has been one of my favorite streamers all season, doing well in all but one start. In fact, Walker has a 2.88 ERA and 1.16 WHIP this season, despite allowing seven runs in Philly last month. His recent form is even more impressive, allowing two runs across 12.2 innings while striking out 19 batter over his last two starts. That K rate coming around is the most important thing because the ERA and WHIP are elite at this point. We absolutely love his last two starts against this terrible Marlins lineup, too, allowing just four hits across 14 innings, thanks to 14 strikeouts. This guy will be picked up everywhere, and you need to hop on the train before it leaves the station. 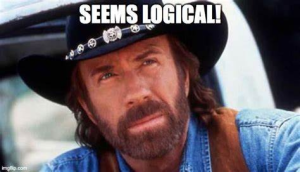 This youngster was picked up and dropped in most of my leagues, but this is a spot for him to bounce back. The 22-year-old has allowed three runs or fewer in all five of his starts this season, totaling a 2.64 ERA, 1.24 WHIP, and 10.3 K/9 rate since struggling in his debut. That’s the stud we saw in the minors, with Roansy registering a 2.94 ERA, 1.02 WHIP, and 26 percent K rate since 2018. All of that should be easy to duplicate against a struggling Cubs lineup, with Chicago sitting 21st in runs scored, 23rd in K rate, and 17th in OPS. Getting to pitch in PNC Park is the icing on the cake, though, with Contreras throwing 13.2 scoreless innings there while posting an 11.9 K/9 rate. The Streamonator loves this play, projecting Contreras to provide $14.7 worth of value.

Cobb’s averages don’t look pretty on the surface, but the advanced numbers tell a different story. Despite posting a 5.73 ERA this season, Cobb has a 2.37 xFIP, 2.67 SIERA, and 29 percent K rate. That means some positive regression is right around the corner, and a home matchup might be the perfect way to start that. Not only is AT&T Part a pitcher-friendly ballpark, but the Reds rank 19th in OBP, 21st in OPS, and 22nd in xwOBA. The simple fact is, his velocity is up, and his splitter is kicking more than ever, so the results should turn around sooner rather than later. The Streamonator agrees, projecting Cobb to provide $15.3 worth of value.

Kelly has struggled recently, but he’s allowed three runs or fewer in 11 of his 13 starts. That should be easy to duplicate against a Tigers team with the lowest run total in baseball.

Steele has just four runs allowed across his last three starts, doing that damage against the Braves, Padres, and Cardinals. If he can limit those lineups, facing a 29th-ranked Pirates bunch should be a breeze.

Archer is quietly having a lovely season, pitching to a 3.35 ERA and 1.35 WHIP. We’re obviously not worried about him facing a Colorado team that always struggled outside of Coors Field.

Irvin has a 3.14 ERA and 1.21 WHIP this season, allowing one run across 6.1 innings in this same matchup on Saturday.

This is Voit’s third straight article, and it’s hard to understand what the fantasy community is doing. This guy is still over 50 percent available on most major sites, and it makes no sense why. The slugger has a .351 OBP, .498 SLG, and .850 OPS for his career and is amid the best stretch in quite some time. In fact, Luke has six doubles, three homers and 12 RBI over his last nine games played, posting a .515 SLG and .830 OPS over his last 33 games played. You can’t ask for any more from a player so widely available, especially since he has some superb matchups here. Voit faces struggling pitchers like Madison Bumgarner, Zach Davies, Ranger Suarez, Zach Eflin, and Kyle Gibson in this seven-game week!

Miami bats always go overlooked, but Cooper has been mashing for three years now. In fact, Coop’s worst year since 2020 is a .283 AVG, .462 SLG, and .845 OPS. That makes it hard to believe that no one is on this guy, particularly since he’s scorching coming into this week. Garrett has a .423 AVG, .477 OBP, .603 SLG, and 1.080 OPS over his last 20 games. This is simply one of those cases where everyone is sleeping on a hitter in one of the worst lineups, but we’re not going to do that here. The matchups are friendly this week, too, facing guys like David Peterson (2), Chris Bassitt, Taijuan Walker, Austin Gomber, Chad Kuhl, and Kyle Freeland. That means four of the seven games are against lefties, which is terrific since Coop has a .324 AVG, .394 OBP, .550 SLG, and .944 OPS against them since 2020!

Don’t look now, but Pollock is starting to get hot. This was a borderline All-Star player earlier in his career, and Tony LaRussa still believes in that by sticking him in the leadoff spot every day. That promotion has led to the best stretch of his season, generating a .395 AVG, .447 OBP, .558 SLG, and 1.005 OPS over his last 10 games played. Hitting atop this potent White Sox lineup is a treat because Pollock should provide 5-10 runs this week! Burger is a tasty option, too, tallying a .361 AVG, .806 SLG, and 1.216 OPS in that same 10-game span. That means these guys could have big weeks as streamers, especially since they get four matchups against Baltimore’s 25th-ranked pitching staff. 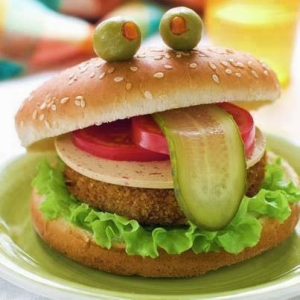 Hey man,
Who would you pick from those three to start this week?

Would you start Gilbert ahead of Manoah?

Um that’s a coin flip to me. I guess I’d say Gilbert