Last week was one of the best articles I’ve ever had regarding results. Cal Quantrill, Hunter Greene, Taijuan Walker, Edward Cabrera, Tommy Pham, Josh Rojas, Joey Gallo, Alejandro Kirk, and Luke Voit all did well, and it’s rare to hit on almost all of my recommendations. Getting Joey Gallo right was one of my proudest moments of the season because it was easy to fade him the way he was playing, but the matchups were too tasty to overlook. I hate to pat myself on the back, but it feels good after a crappy Week 8. That has me excited to keep rolling here because we have another great group of streamers here!

It’s hard to get excited about Eflin, but it’s tough to fade a guy that faces the Marlins and Nationals in one week. Let’s start there, with Washington ranked 23rd in runs scored, 24th in wOBACON, and 22nd in hard-hit rate, while Miami has been terrible outside of Coors Field. The only players he needs to navigate are Juan Soto and Jazz Chisholm, but he should be able to do that behind his 3.76 ERA and 1.18 WHIP. His only weakness has been two matchups with a Top-3 Mets offense, but Eflin has a 2.22 ERA and 1.03 WHIP across his other eight starts. If he posts averages like those in a two-start week, Eflin would be one of the best streamers of the season!

If I had a nickel for every time Hill was in this article, I’d probably have a dollar. That’s not too exciting but using Hill this week is. The 74-year-old has been shutting down lineups since 2015, posting a 3.23 ERA and 1.10 WHIP since then. He has fallen off a bit over the years, but it’s hard to argue with a 2.61 ERA, 0.97 WHIP, and 9.7 K/9 rate over his last two starts. The biggest reason we love Dick Mountain this week is the matchup. Oakland ranks bottom-three in runs scored, OBP, OPS, wOBA, and xwOBA this season. That will likely have Hill entering this game as a massive favorite as well, making him a good bet for a win as well! 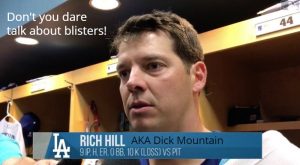 These Royals pitchers are some of the most volatile arms in baseball, but Singer is looking like one of their best pitchers. The right-hander has been in tune recently, allowing three runs or fewer in five of his last six appearances. He did allow seven runs to the Astros, but Brady has a 1.98 ERA, 0.95 WHIP, and 9.2 K/9 rate in that stretch if you remove that one dud. We’re willing to do that because facing Oakland is like opposing a little league lineup. He faced them once last season, throwing a quality start while striking out seven batters! This happens to be The Streamonator’s favorite play of the week, projecting him to provide $27.3 worth of value. 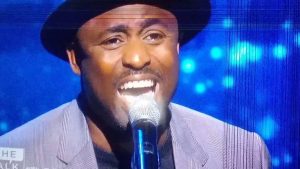 I honestly didn’t know much about this kid before last week, but Dre has impressed me since his call-up. The rookie has a 0.80 ERA and 1.37 WHIP since struggling in his debut, doing most of that damage out of the bullpen. He’s been just as good since gaining a starting role, allowing just two total runs in the three games he’s thrown at least three innings. A long outing might not be in the cards, but Pallante will give you a handful of quality innings in this fantastic matchup. This putrid Pittsburgh lineup ranks 27th in K rate, 28th in OPS, 29th in runs scored, and 26th in wOBA. You might be discouraged by the low innings, but any amount of quality innings is a huge boost from one of your streamers!

Walker had one nightmarish start two weeks ago but has been incredible aside from that. He allowed seven runs in Citizens Bank Ballpark but has a 2.32 ERA and 1.12 WHIP across his other eight starts. That’s the pitcher we’ve become accustomed to, with Taijuan tallying a 3.93 ERA and 1.23 WHIP for his career. This guy couldn’t strike out Mark Reynolds right now, but it’s just a matter of time before he creeps closer to his 21 percent career K rate, especially in a pitcher’s park like Citi Field. His most recent start against Miami was magical, too, allowing two hits across 7.1 innings at the end of last season. The Streamonator agrees with our assessment, projecting Walker to provide $11.5 worth of value.

Keller benefits from the Oakland matchup we already discussed. He had a 2.47 ERA and 1.02 WHIP two years ago and could recapture that form in this majestic matchup.

Smeltzer has been sneaky this season, pitching to a 1.93 ERA and 0.93 WHIP. Regression is headed his way, but a 28th-ranked Arizona offense likely won’t start it.

Junis has a 2.51 ERA and 0.93 WHIP this season and could keep that going against a putrid Pittsburgh lineup, if he’s able to make his scheduled start.

The Tigers are dead-last in runs scored, and a talented arm like Gray could slow them down. It’s one of The Streamonator’s favorite plays, projecting him to provide $20.6 worth of value.

Um, what are we doing here? Voit is still available in over half of the leagues out there, and it makes no sense why. This is the cleanup hitter for one of the best teams in baseball, collecting a .279 AVG and .465 SLG over his last 10 games played. That alone makes him intriguing, but he’s been even better over recent years. In fact, Voit has a .356 OBP, .500 SLG, and .856 OPS since 2018. This guy will eventually return to that player and getting seven games in Wrigley Field and Coors Field could be the way to creep back there. The Rockies rank 29th in wOBA while the Cubs sit 25th. That’s terrifying in those hitter-friendly ballparks, and we expect Voit to have another big week as our top hitting streamer of the week!

The Cardinals are one of the best organizations at finding diamonds in the rough, and Donovan is undoubtedly one of those guys. The second baseman has been getting everyday at-bats recently, compiling a .308 AVG, .413 OBP, and .788 OPS over his last 11 games played. That’s actually earned him the five-hole in this lineup, and it’s quite the treat to be batting behind Nolan Arenado and Paul Goldschmidt. The best part is these matchups, though, facing seven righties from the left side of the plate. Donovan has a .313 AVG, .430 OBP, and .876 OPS with the platoon advantage in his favor this season! An underrated variable is the fact that BD is 2B, 3B, SS, and OF eligible on Yahoo. That’s tough to find, and it makes him a sneaky stream in a week with fewer games than usual.

How often do you see a three-hole hitter available in every league? That’s what we have here with Suwinski, and he should see everyday at-bats for this pitiful Pirates team. He’s been doing damage in this expansive role, generating a .417 AVG, .875 SLG, and 1.315 OPS over the last 10 days. Those numbers made my jaw drop, but it’s easy for a player to be overlooked in a place like Pittsburgh. This dude has a .387 OBP, .510 SLG, and .897 OPS in the minors over the last two years, proving that this ridiculous run are no fluke. The matchups aren’t scary either, with Carlos Rodon being his toughest matchup. That lefty is flirting with a 2.00 WHIP over the last month, and it’s a good indicator of how easy the rest of the week will be.

Winker has been dropped in many of my leagues, but he’s batting leadoff for the Mariners now and gets eight games against a bunch of crappy righties this week.

Stott has taken over everyday second base duties in the absence of Jean Segura, and he could have a sneaky week with eight games on the docket and five of those against Washington.