Last week Grey had the great idea to put my ADP treasure trove of data to good use, and ask people which player they thought has been the most under-drafted over the past five years (2010-14). Who put up good numbers year after year and still was not given the benefit of the doubt?

We got lots of guesses, but only one person got the right answer. Who is this person and which player did they guess? Scroll down to go straight to the destination, or you can first relive some of the journey that got me to the answer…

To determine the “underdraftedness” of a player, I took the difference of his Average Draft Position in a given year to his end-of-season rank. For example, if in 2012 Mike Trout had an ADP of 245 (real numbers!) and and finished as the No. 1 most valuable fantasy player that year (per Rudy’s historical player calculator), then he was given credit for 245 – 1 = 244 points. Add to that his 2010 score (non-existant), 2011 score (also non-existant), 2013 (-2 for being taken first and finishing as the third most valuable player), and 2014 score (-1 for being drafted second, finishing third) and you should get the basic idea of my methodology. You should also get why Mike Trout—despite his incredible 2012—was not the correct answer here

For the record, Trout’s 2012 wasn’t highest scoring single season in this period. That distinction goes to Jose Bautista, who in 2010 went from being undrafted to blasting 54 homers and finishing as the third best fantasy player. He also though, isn’t the correct answer.

The questioning among you are thinking there are other ways to calculate undraftedness. Auction cost (which Yahoo has as far back as 2010) compared to end-of-season dollar values, instead of ADP to EOS rank, could have been the stats we compare. Also another operation other than the difference—like the quotient or even natural logs—could have been used in the calculation.

After some thought I chose to stay away from auction values because of potential noise in the data (how many people were doing auctions in 2010?) and the artificial bunching of players at the $1 mark. To the other point, my thought was this is more about valuing the player that was picked 200th and finished 25th, than the player who was picked 30th and finished 10th. Simple difference works just fine to capture that.

There were a couple more assumptions that went into the calculation I want to briefly mention:

After testing a few different maximum ADPs and minimum floor values, I’m happy to report that it didn’t change who the most under-drafted was. Other players did move around quite a bit as a result though.

And the winner is… 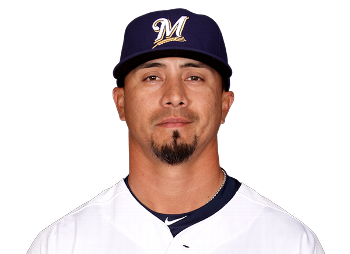 With an underdrafted score of 452, your winner for the least appreciated fantasy asset over the last five year is: Kyle Lohse. Congrats to commenter awlagder for guessing it right and winning a free Razzball T-shirt!

I’ve broken down the stats behind Lohse’s victory in the following chart:

*Lohse threw a whopping 92 innings in 18 starts in 2010, which was below the IP cutoff for EOS rank.

To summarize, after 2010 Lohse became a pitching emperor and found his new groove. He put up four seasons in a row of solid value, and in none of those four years did fantasy owners pick him earlier than 200th (at least a 16th round pick in a 12 team draft). His best year by far was 2012 in which he made 33 starts and went 16-3 in them. Over 211 innings he struck out 143 batters and attained  an ERA just under 3.00. Those numbers made Lohse the 39th most valuable player in fantasy that year.

Because I think people will find it interesting, here’s one more row of the above chart for 2015:

Finally, our skepticism has paid off.

There’s your Top-15. R.A.Dickey takes home the silver medal and Adam Laroche the bronze, two players that make sense. I notice two closers found their way onto the list, and among the rest I like the near-even split of hitters and pitchers. Unfortunately there’s no real pattern to these players, so there’s no category of players I can point to and say “Target these guys in drafts next year!”

My draft advice is still the same, “F*ck it.”

In this Google Drive folder you’ll find ADP data for all players from 2010 to 2015. Feel free to mess around with it. I’ll probably be adding more and more years to it every few days, all the way back to 2002.