There is a LOT of information available for fantasy owners to try and digest these days. New writers and podcasts emerge every day (over 500 different fantasy analysts by last count). New stats and ways of slicing and dicing existing data are constantly emerging. Don’t get me wrong – I love the latest Statcast research as much as the next guy. But fantasy writers often pile up the acronyms and exotic statistics, as if 2000 words on spin rate has inherent interest just because it’s in-depth. It can be hard to find actionable fantasy moves in a table with 10 varying components of xStats.

The first question I’ll try to answer using data viz: how should I handle ERA this year? 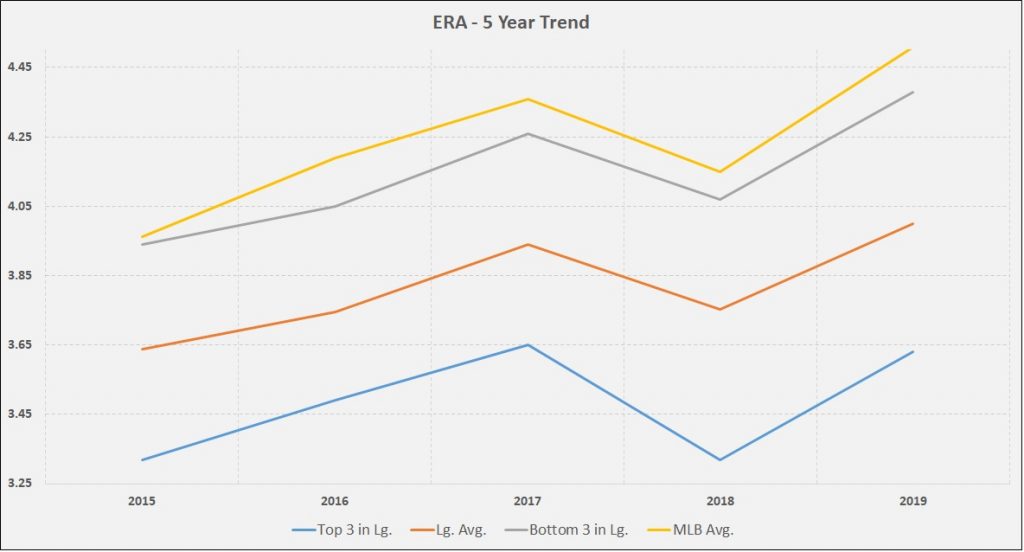 What about 2020? Only Rob Manfred knows what the baseball holds in store. Projection systems typically use a 3-year weighted average as their base; we can expect projections to include some of the ERA spike, but not all of it. The following chart showing Razzball/Steamer projected ERA, compared to NFBC ADP from the last two weeks, for SP with >99 IP: 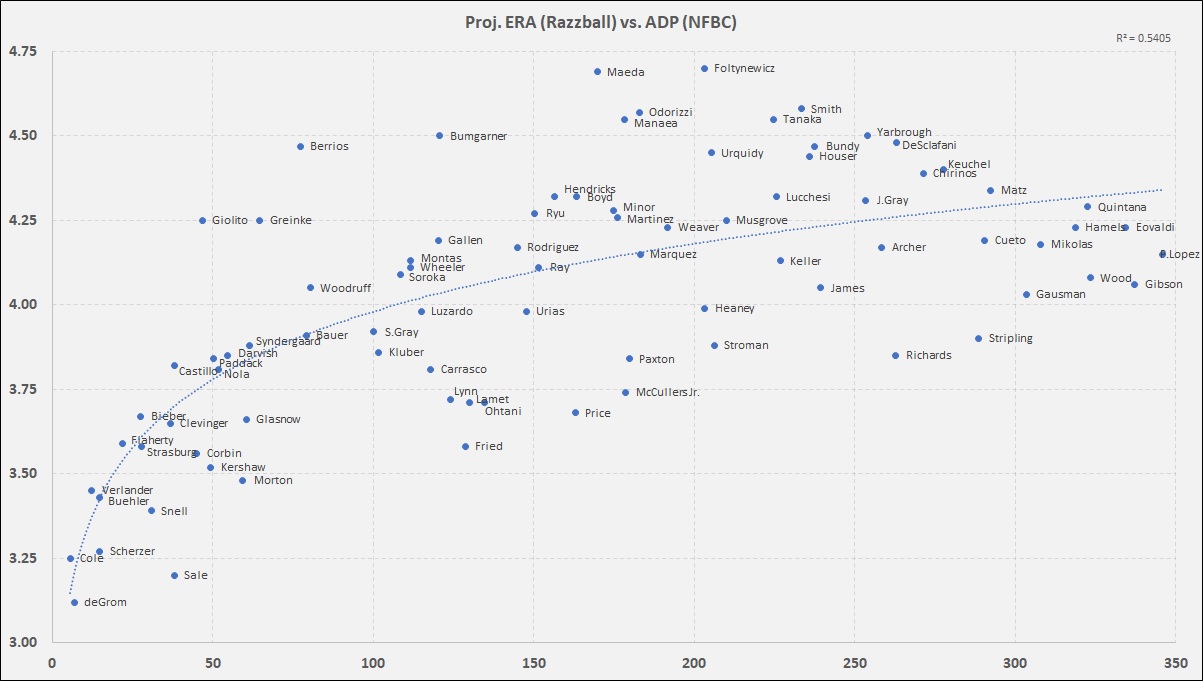 Two caveats right off the bat:

1) OF COURSE you should be looking at other data. There are reasons why some of the players are above or below the line. K-rate matters. WHIP matters. IP matters. Hmm, those sound like good topics for future charty goodness…

Caveats aside, let’s jump into the analysis. First of all, that trend line shows that if you want an ERA south of 3.75, it’s going to take a top-60 pick. By the time you hit pick 110, you’re getting close to a 4.00 projected ERA. Things level off from there, as you’re just barely above 4.30 ERA by pick 350. One lesson I’m taking? Protect your ERA early.

Next, let’s look at some ADP Bargains:

What about the flip side – who’s projected to hurt your ERA at ADP?

Projections systems are optimized to get the most players right, and will miss many individuals each year, on both sides. But picking out exactly when projections are wrong is really hard. Systems have a hard time projecting a significant skills breakout… but so do we. If you can beat the best algorithms consistently, you can get a job with an MLB team! Use ERA projections as your base, and depart only when you feel very strongly about a given player’s skillset.