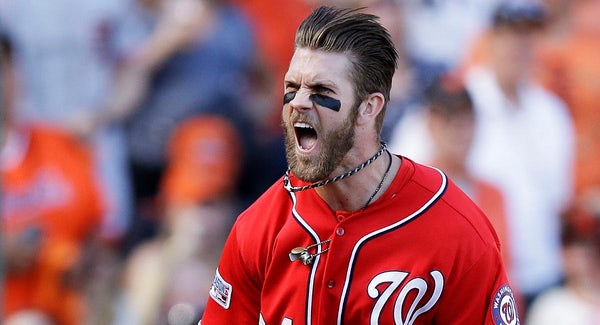 Late last week as I was journeying through the Serengeti Plains with a local group of albino dwarves, I felt a tingling… a tingling deep within my gonads. My mouth started watering uncontrollably, like a beaver when he/she sees a perfect piece of timber, like a b*tch (female dog) in heat when she sees a Great Dane hop over the neighbors fence, his huge beautiful balls flapping in the wind like a kite during a hurricane; I couldn’t decipher the meaning, but then, seemingly out of nowhere, Darweshi, Dwarf Lord and one of the countless mentors who have helped me on my journey to enlightenment, grabbed me by the Geoduck, pulled me inches from his ivory colored lips, fumigating my lungs with the aroma of his hot ass-water breath and told me what I must do: “Reveal your true self to the people!” Darweshi commanded…

“Show the fine children of Razzball all of your talents, all that you bring to the table. Not just your phenomenal writing (His words, not mine), but your stage-trained acting skills you were taught by the gifted yet troubled Tom Arnold, the exhilarating dancing you learned from 15 years of tutelage under (not literally, unfortunately) the great and wise Paula Abdul, your fascinating original poetry that has some calling you a young Shel Silverstein, your rapier wit, your incredible body (which is seemingly molded from iron, steroids free…).”

It’s time to reveal…….LO-WELL, Thee Greatest Showman.” Taking in Darweshi’s lecture hit me like a 60-pound bag of butt plugs, for I have always wanted to maintain my private life, but after three peyote sticks and an intense game of Battleship, I concluded that Darweshi, King butt-breath himself, was correct… No more hiding behind my birth name of Tehol Beddict, for that man is now dead. Say one thing for Tehol Beddict, he had the potential to be the best that ever did it. Sadly, his gluttonous sexual appetite and desire to love every woman on the planet got in his way of becoming truly elite. Lo-Well has no such problems, for he has given up sex for life, had his genitals tattooed shimmery gold and sworn a vow to protect all of those who are weaker than he (everyone). I am back baby, recharged and with enough build up to choke that T-Rex hybrid in the new Jurassic Park flick. Cock the hammer and put the kids to bed! FOR IT’S TIME TO SLAY! HEED MY WORDS!!!!!! AAAHHHHHHHHHHHHHHHHHHHHHHHHHHHHH!

Anyway, here’s some of my thought about what’s going on in the world of baseball and some other random shizz…

Bryce Harper – Bryce, my good man, am I frying on acid or did you turn into Adam Dunn? Tis true, you are tied for MLB lead with 18 money shots, and you have one less walk than you do strikeouts, which is super cool, but what’s up with that batting average? You must be higher than John Belushi on a Saturday Night (you know, before he died from drugs), if you think you’re getting 400 million silver dollars. Mix in the fact that you’ve been injury prone and your team chokes more often than Shyla Styles (RIP the Queen) when she’s (was) blowing police officers to avoid traffic tickets. Call me concerned. Fun fact: Bryce Harper HAS ONE season where he’s hit 30 or more home runs. ONE!!!!! Well, plug my holes and call me Giselle, that blows my mind real proper like. As a matter of fact, Andrelton Simmons is well on his way to massacring you in WAR for the THIRD straight year! I just took the rabbit out my shorts and am awaiting my applause.  Thank you Jay Wrong, you’re too kind, my friend. [Jay’s Note: Uh, sure thing.]

Manny Machado – Baltimore management is going to feel like me, after the time I farted while orgasming four strokes into the hottest woman I’ve ever been intimate with, if Machado gets hurt before they are able to trade him. Sadly, nobody wants to give up anything of significance for a player who’s going to more than likely leave the team after the season… Or should the Yankees get this done and stick him at third next to Gleyber Torres and pay him whatever he wants? Can you imagine? Oooochie Wallie, ooochie bang bang. Or hey, what about the Astros? Even if it’s just for the season, they might be desperate to improve that lineup as it looks like the Yankees and Red Sox may be a cut above them currently. You’ve got to be realistic about these things.

Sergio Romo –  Incredible! The first man in my lifetime to start multiple games and close one, all in the same week! Even more impressive, I once saw a stripper in Tijuana sh*t out three eggs and make an omelet right there on stage! Of course, Romo was blown up in all three of his last outings, making the managerial decision questionable at best. Kevin Cash is a wily man, so who am I to question what the Rays are doing………This mish-mash of bums is somehow two games over .500. Kudos.

Rougned Odor – Checking in with Grey Albright, the greatest writer in fantasy sports history, if he still owns Odor after drafting him in the second round for the tenth year in a row. I called animal services on him the other week for beating his dog, whom shares the same name as the much maligned two-bagger. IT’S NOT HIS FAULT, GREY, YOUR DOG ISN’T MAKING YOU LOOK BAD! He just wants you to take him to the park again. But in all seriousness, I would totally buy on Odor right now as some clueless hack in your league would probably part with him for a stale bag of chips and an old can of snoose. He’s about to heat up, I can smell it.

Brandon Belt – I truly believed in my heart that this day would never come, but Brandon Belt is having a monster season, and is on pace to obliterate his career highs in almost every statistic. They say that 30 is the new 24, so maybe he began having unprotected sex and smoking weed again? Who knows!? Whatever he’s doing, I want some. Can you say 30 and 100?

Mark Reynolds – Welcome home, my friend. Welcome home. Must I remind you this former washed up scrub hit 30 bombs with 97 RBI last year, with a respectable .267 average and he couldn’t find a job?  Where they do that at? I really like what the Nationals are doing, as they speared Fat Adams out of the dumpster in the offseason and recently called up Soto, giving them what is arguably the most potent lineup they’ve ever had, although they seem to really be missing Jayson Werth and his bloated salary, whom I just googled and realized is now playing in the Mariners minor league system… Could be a big piece for the M’s going forward. Ahhh, I can picture it now; Paxton throwing a perfect game against the Red Sox in the playoff, with Werth hitting a pinch hit bomb off of the disgraced Craig Kimbrel in the 10th.

Domonic Brown Just purchased the movie rights to the Domonic Brown story, as he’s currently going Kenny Powers in Mexico, destroying the competition and bedding every big bootied babe in the nation. Disney is interested but I may go independent with it. Rudy Gamble has already signed on to direct.

Chris Davis – Is this guy for real? Like, I don’t understand how you be this horrendous…..at anything…..Tim Tebow is literally better at baseball than Chris Davis is. But don’t fret, Orioles fans (if those exist), Davis is only owed another 100 million or so and I’m sure the pressure to produce will lead to great things. I’m picturing his statue being built now; A mix of the Incredible Hulk and Brad Pitt. The man truly had so much potential and was once one my favorite players. Sad!

Jurickson Profar – Look, I like the dude, but why do the Rangers continue to bat him in the 3-hole? The once touted prospect has no power, almost zero speed, and doesn’t hit for average. Am I the only one confused here? Just wanted to ask.

Solo – Ehhhhh, enjoyable film, I suppose. Could it have been better? Absolutely. Should it have been better? F to the yes. A Star Wars movie with no Jedi shizz is like porn without huge dong. Sure, girl-on-girl is cute, but I need the main vein! Pause. Don’t get me started on Darth Maul, like that’s supposed to mean something. The nerds (no offense) that watch the animated series were hella hyped on this, saying “duh, we already knew he was alive, after he was literally cut in half and dropped down a wind tunnel, because the cartoon has him come back.” Oh wise and powerful Elder Gods, please hold me back from baby powder backhand striking these nerds for it’s not their fault they’ve been brainwashed to believe that just because it happens in some fake children anime, that it doesn’t need to happen for real in this pointless film. Seriously, Darth Maul is the worst bad guy in movie history and this is stand alone anyway, so what exactly is the point? I still enjoyed it.

Deadpool 2 – I saw a bunch of semi-hate about this flick on the Ringer for reasons I’m not aware of. I would watch and be excited about a Deadpool film if they dropped one each and every year. Shoot, probably every three months. I love watching Wade work, baby. Juggernaut going bare ass and getting a tube up his yang, a la Richard Gere, only with electric voltage and not gerbils going up his rectum as he was dumped in the watering hole? Now that’s maximum effort. Kudos.

Cobra Kai – Really enjoyed this. It’s on YouTube Red, which you can get a free one month trial, and bang this out. I won’t give any spoilers since many of you probably haven’t seen yet, but this was really well done. I was sure it was going to be corny, but there are some fantastic scenes that really brought me back to the actual film as they do a great job mixing in the nostalgia of the old flicks, with new age shizz for today’s youth. Excellent work, my friends. Sweep the leg.

Thank you joining me for my rebirth. I am going to be writing as much as they allow, so please fell free to suggest subject matter, moves I should see, shows I need to watch, and books I need to read. I can’t thank bruh enough who put me on the Red Rising novels as I recently read the 4th installment which just dropped. I’m sorry if I offended you nerds who watch the Star Wars cartoons but the fact is, I am the biggest nerd of them all, so get off my diiiiiik. Let’s chat later. 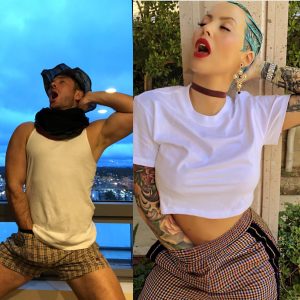