Last week was far from my best showing. While we got some good performances from Nestor Cortes, Ranger Suarez, and Steven Matz, the other guys were terrible. Avoiding blow-ups is the most important thing when evaluating these streamers, and I didn’t do well enough last week to avoid that. It has me as motivated as ever to bounce back here, though, so let’s go ahead and get into it!

Man, this is a good indicator of how bad the two-start streamers are this week. We really shouldn’t talk crap about Ober, though, because he’s been one of the few bright spots for the Twins in an underwhelming season. Over his last seven starts, Ober has orchestrated a 2.45 ERA, 1.06 WHIP, and 8.8 K/9 rate. That’s a truly amazing stretch from a guy who’s barely owned, and it’s even more amazing when you look at the competition he faced. Despite playing the Astros, White Sox, and Red Sox in that span, Bailey boasted those numbers, allowing three runs or fewer in each of his last eight starts.

The best part about using Bailey this week is his beautiful matchups. The first one against Cleveland is the cream, with the Indians ranked 24th in OBP and 21st in xwOBACON. Kansas City might be even worse, with the Royals ranked 26th in both OBP and wOBA. What’s also nice is that Ober is familiar with these two teams, allowing just three combined runs in his two starts against them. 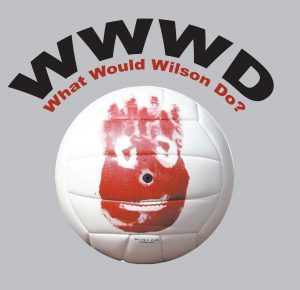 Recommending a guy from Pittsburgh makes my skin crawl with how bad they’re playing, but Bryse is nice! The trade deadline acquisition has actually allowed five runs or fewer in each of his last 12 starts, allowing two runs or fewer in six of his last nine outings. That solid stretch has led to Wilson totaling a 4.03 ERA and 1.23 WHIP in that span. That’s by no means Cy Young-caliber numbers, but it’s all you can hope for from one of your streamers.

My favorite part about using Wilson this week is that he gets two home starts in Pittsburgh, with PNC Park ranked as one of the most pitcher-friendly ballparks in baseball. It’s not like he’s facing anyone tough either, with Detroit and Washington owning some of the worst offenses in the league. The Tigers currently rank 27th in K rate, 22nd in OBP, and 24th in xwOBA, while the Nationals enter this matchup losing eight of their last nine games.

We usually have full write-ups for our single-start streamers, but we’re taking a different route since I like so many this week. These quick-hitters are all brilliant streamers, though, so let’s kick things off with someone who’s become a regular in these articles!

Why is Ranger still available in over 50 percent of leagues out there? This guy has a 1.48 ERA and 1.04 WHIP for the season, posting a 1.71 ERA since becoming a regular starter near the beginning of August. Not to mention, Colorado ranks bottom-5 in runs scored, OPS, and xwOBA on the road this season. This is one of the Streamonator’s favorite plays of the week, projecting Ranger to register $13.7 worth of value.

Odorizzi can be difficult to trust for fantasy purposes because of his lack of upside, but this dude is solid. We’re talking about a pitcher with a 2.77 ERA, 1.27 WHIP, and 8.7 K/9 rate over his last nine starts. We absolutely adore that against the Mariners, with Seattle sitting 28th in K rate, 23rd in runs scored, and 27th in OPS. Not to mention, Odorizzi will likely enter this matchup as a -200 favorite or higher.

Quantrill has quietly been great for the Indians, pitching to a 2.07 ERA and 1.07 WHIP over his last 10 starts. He’s also pitched at least five innings in all of those and recorded a quality start in seven of them. We love that against an NL team that ranks dead-last in every offensive metric since the All-Star break.

Touki Toussaint, ATL (vs. WAS)

Touki was just treated to an ugly Coors Field outing, but we’re going to overlook that since everyone struggles there. Before that, Touki allowed two runs or fewer in seven of his previous eight outings, generating a 3.60 ERA and 1.15 WHIP in that span. We can’t fade that against a struggling Nats team that went full-on rebuild mode at the deadline.

Weaver was excellent before going on the IL, and he appeared to recapture that form in his first start off of it. In fact, Luke weaved his way to a 0.55 ERA and 0.67 WHIP over his last three starts. That’s amazing since he gets to face a Rangers club that ranks 29th in both runs scored and OPS here.

Wacha has been all over the map the last few years, but a 3.52 ERA, 1.04 WHIP, and 12.9 K/9 rate over his last three starts have us reminiscing about the time when he was actually good. We’ll trust that small sample size against the Motor City Kitties and their 27th-ranked K rate. 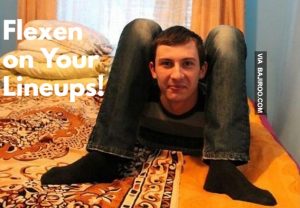 Flexen has been one of the most reliable pitchers in the AL, allowing three runs or fewer in 14 of his last 15 starts. He’s also got a 2.84 ERA and 1.16 WHIP in that span and gets to face an Arizona team that sits 22nd in K rate and 25th in wOBA. The Streamonator agrees with our assessment, projecting Flex to provide $10.8 worth of value.

Josiah Gray, WAS (at PIT)

Gray was one of the focal points of the Scherzer-Turner trade, and he’s showing why. Before an ugly start against Philly on Saturday, Gray generated a 3.75 ERA, 1.19 WHIP, and 10.5 K rate through his first seven starts. That form should be easy to recapture here against the Buccos league-worst averages.

Hill is a consummate professional, providing a 3.13 ERA and 1.09 WHIP since 2015. That looks awesome since he threw six scoreless in his most recent outing, especially against a Marlins club that owns the worst xwOBA in baseball.

Skubal is another guy that should be universally owned. Over his last 100 innings pitched, Skubal has slung a 3.78 ERA, 1.19 WHIP, and 10.7 K/9 rate. That should be easy to duplicate against Pittsburgh, who are clearly in for a long week. The Streamonator loves Skubal, too, projecting him to provide $19.8 worth of value.

Good idea. I am contemplating that. I’ve got Hader, Otto, Bednar, and Clippard for relievers, so not too bad. If Ober throws 8 solid innings between his two starts, he’s kinda like a reliever.

McCullers vs. SEA and LAA
Ober @ CLE and vs. KC
Suarez vs. COL
Framber vs. LAA

1. Would you drop Megill for another reliever? I like his matchups next week if I advance…

2. Would you start either Reynaldo or McC?

I like everything you’re doing here actually. I think it’s up to you on Megil, I dont know enough about your matchup honestly. But taking a shot on Chafin is a good idea, should throw 3-5 quality innings this week with a possibility for some saves

Not sure what to make of the news that Pineda will piggyback a start with Ober! We’ll see. I’m relying on Ober big this week. My pitching is way outmatched

If your outmatched badly, im not sure Ober will get you over the top lol he’s got a fair share of risk. If I ever get outmatched in a h2h, I bench all my starters besides the aces and ride relievers. Not sure if that’d work for you, but just a thought