Last week was bizarre. My pitching recommendations were downright terrible, but my hitting streamers went nuts. That has given me mixed feelings about that article, but the process has been on point for a month now. This is the time of the year when we need our pitching streamers to step up, though, and I feel like we have a great group here. With that in mind, let’s take a look at those arms!

It’s hard to get too excited about Quintana with how he’s looked over the last two weeks, but he was amid a bounce-back season before this mini slide. In fact, Jose had a 3.33 ERA, 1.28 WHIP, and 8.3 K/9 rate through his first 16 starts of the year. His season ERA is still sitting at just 3.47, allowing two runs or fewer in 20 of his 26 starts. That’s the stud we saw in his Chicago days, and we believe he can add two more starts to that tally with these oppositions. Washington might be the best matchup in fantasy baseball right now, trading away Juan Soto and Josh Bell at the deadline and leaving this roster with scraps. Pittsburgh is one of the only teams who might be worse, sitting bottom-three in runs scored, OBP, OPS, wOBA, xwOBA, and K rate.

We had Steele in here a few weeks ago, and it’s surprising he’s still available in so many leagues. Pitching for the Cubs will do that, but this is one of the sneakiest southpaws in the NL. The left-hander has allowed two runs or fewer in 11 of his last 14 starts, generating a 2.05 ERA, 1.24 WHIP, and 9.1 K/9 rate in that span. He’s been dominant at home as well, totaling a 2.78 ERA, 1.26 WHIP, and 8.8 K/9 rate in the friendly confines of Wrigley Field.

Getting two home starts against crappy offenses makes Steele one of the best streamers of the week, with Cincy looking like the premier start. The Reds rank 20th in runs scored, 21st in OBP, 22nd in OPS, and 26th in K rate, while San Fran sits 18th in xwOBACON and 24th in K rate. Steele has squared off with these offenses twice this summer, allowing one earned runs across 8.2 innings while striking out 12 batters!  This is one of The Streamonator’s favorite plays, too, projecting Steele to provide $11.6 worth of value. 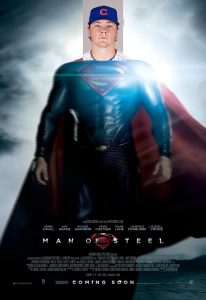 I used to stack against Suarez in DFS, but this guy has found something this season. The young lefty has allowed three runs or fewer in all but three starts, accruing a 2.12 ERA, 0.97 WHIP, and 8.5 K/9 rate across his last six outings. He did that against some elite competition, facing the Yankees, Rays, and Mariners in his last three matchups. Monopolizing offenses like those should put him in a good spot here, with the Tigers ranked 29th or 30th in runs scored, OBP, OPS, and xwOBA. The Streamonator certainly loves him in this game, projecting Suarez to provide $10.4 worth of value in this sensational spot.

Smyly has been one of the worst pitchers in baseball over the last five years, but something has changed this season. The journeyman lefty has his season averages to a 3.24 ERA and 1.20 WHIP, doing most of that damage recently. In fact, Drew has a 0.90 ERA and 0.93 WHIP across his last five starts. He’s posted those absurd averages against teams like the Brewers and Cardinals, but the Giants are quite the step down from those teams. They simply have very little talent and own the statistics mentioned in the Steele write-up. We’ve seen glimpses of stardom from Smyly in the past, too, producing a 3.24 ERA and 1.17 WHIP through his first four years. Recapturing that sort of form is no surprise from such a talented pitcher, and it’s hard to fade him with that sub-1.00 ERA.

Gibson was obliterated on Friday, but he has a 2.41 ERA and 1.10 WHIP across his previous six starts before that. One of those was against this 27th-ranked Miami offense, and he should enter this matchup as a -200 favorite.

The Angels have been one of the best matchups in fantasy baseball this season, and we know Rodriguez has the stuff to slow them down. He faced them less than a month ago, throwing five scoreless innings.

We had Wong in here last week as one of our streamers, and we’re going right back to the well. The stout second baseman has three doubles and three homers over his last seven games, posting a .370 AVG, .433 OBP, .815 SLG, and 1.248 OPS in that span. He’s also been moved up to fourth and fifth in the lineup, adding even more intrigue to his fantasy value. The reason he’s done so well is that he continues to face righties, registering a .358 OBP, .496 SLG, and .854 OPS with the platoon advantage in his favor this season. We love that this week, with Wong facing six righties in this massive eight-game week. It’s no scary set of righties either, with the Reds and Rockies ranked bottom-five in ERA, WHIP, and xWOBA. 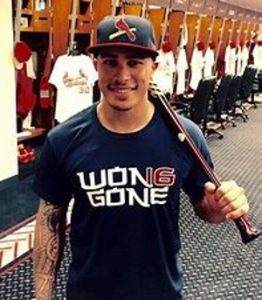 I never thought we’d see Dickerson in here again, but this dude has been raking recently. The former Rockie had a stretch in which he had 10 hits in 10 at-bats, providing a .514 AVG, .730 SLG, and 1.244 OPS across his last 10 games. That has made him an everyday player for the Cardinals, hitting behind MVP candidates like Paul Goldschmidt and Nolan Arenado. This guy has always destroyed righties throughout his career, producing a .288 AVG, .509 SLG, and .841 OPS in nearly 3,000 career at-bats against them. That’s got to be terrifying for this group of pitchers, squaring off with seven righties in these seven games! It’s not a murderer’s row of arms either, facing Johan Oviedo, JT Brubaker, Roansy Contreras, Erick Fedde, Anibal Sanchez, Paolo Espino, and Josuah Gray.

I usually tend to fade the rookies when it comes to streamers, but Henderson looks like he’s going to be a stud at this level. He’s actually picked up a hit in each of his first three games, providing a homer and a steal! That power-speed combo is what made him such a premium prospect, producing a .297 AVG, .416 OBP, .531 SLG, .946 OPS, and 22 steals in 112 games in the minors this year. That’s why he’s one of the highest touted prospects around, and he should do well against seven righties this week. Henderson had .485 OBP, .683 SLG, and 1.168 OPS, with the platoon advantage in his favor in the minors! He gets to face some minor league pitching this week, too, facing atrocious arms like Mitch White, Kutter Crawford, Yusei Kikuchi, and Brayan Bello.

UPDATE:
Steele is making just one start on Sunday but he’s still a good option.