Please see our player page for Jose Quintana to see projections for today, the next 7 days and rest of season as well as stats and gamelogs designed with the fantasy baseball player in mind.

Aaron Judge grew up in San Francisco. He told associates of mine at the Winter Meetings that he can still remember which Walgreen’s he was in when he witnessed his first shoplifting. He wistfully remembered, “I was by the breath mints, and this man carried out six boxes of Wheat Thins.” Fond memories for Judge that are going to hard to replicate when he signs a 1-year deal with the Giants in ten years. As we all assumed, Aaron Judge re-signed with the Yankees through his age-39 season. Luckily, Razzball has a time machine at its disposal, and I went forward nine years to take a quick pic of Aaron Judge when he’s in that final year. Here it is: 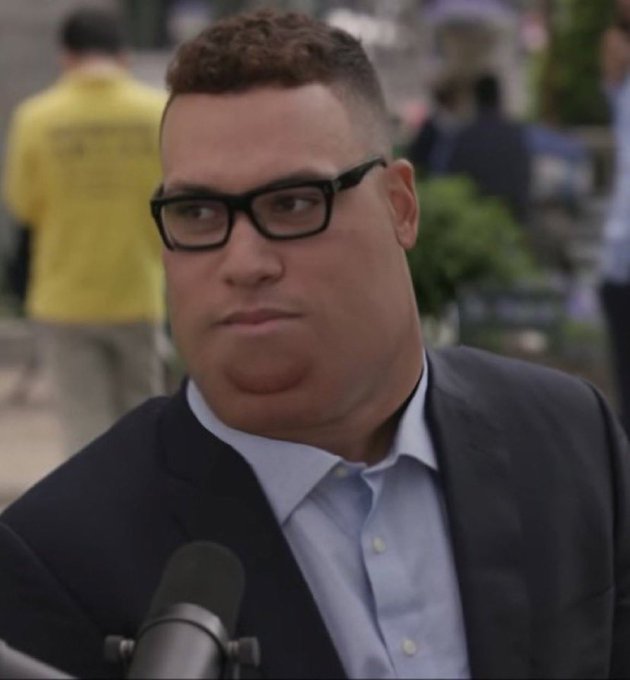 So, Aaron Judge on the Yankees is more of the same. *claps hands, all done* No? Okay. Not sure how many people heard this, but it was reported the other day that MLB used three different baseballs last year. One of those balls was more batter-friendly. It was found only at the All-Star Game, Home Run Derby, postseason and Yankees games. This sounds like a joke, but the jokes ended with the guy walking out with Wheat Thins. I’m being serious now. Yo, jai alai called, it wants its “this sport is a joke” moniker back. MLB embraces gambling and institutes cheating by way of different balls. It truly is incredible.

It’s been an incredible season! This marks my final article of the year, and it’s been a blast writing about streamers for the past six months. This final month has been chaotic with rotational changes, and this week could be the worst of them all. We have an abbreviated three-day week to end the regular […]

Hey, let me ask you something, are we shipping Roger Maris Jr. and Aaron Judge‘s mom? What? Why are you booing me? Okay, serious-serious question, how many changes of clothes does Roger Maris Jr. have with him in Toronto? Okay, serious-serious-serious question, isn’t Roger Maris Jr. actually just Roger Maris but with an asterisk? Stop throwing tomatoes at me! I can’t use all my Roger Maris Jr. material anywhere else. So, Aaron Judge (1-for-4, 2 runs, 2 RBIs) hit 61, becoming, what, the seventh most prolific home run hitter in a season? Honestly, when you really stop to think about what Barry Bonds did, it’s truly remarkable. I don’t care if he was sticking Babe Ruth’s DNA in his butt and Ted Williams’s DNA in his male sack, it’s freakin’ impressive! Aaron Judge? Also, incredibly impressive. I’m not going to lie, when I hear stuff like, “He becomes the first player to have 130 runs and 130 RBIs in the same season since 2007,” and how he’s almost 20 homers higher than anyone else in the majors, I get extreme FOMO for any teams of mine that don’t have him. His 60/20/.315 with 130/130 might be the best fantasy season any of us witness. Or at least until Barry Bonds returns at the age of 58 with Hack Wilson’s DNA in his arm, Ruth’s in his butt and Williams’s in his sack. Let’s go! Anyway, here’s what else I saw yesterday in fantasy baseball:

What’s up fam, I’m filling in for Mr. Pants this week, and what a weekend to do it… Albert Pujols became just the fourth person ever to hit 700 HR at the big league level. Truly a remarkable feat. What’s even more remarkable is that he nearly died on the vine outside of the walls […]

Yesterday, Aaron Judge went 4-for-5, 3 runs, 4 RBIs with his 58th and 59th homer, hitting .316, as he tightens his claim on the AL MVP. I’m Team Ohtani, but I will say that the Yankees are so bad outside of Aaron Judge — Giancarlo’s hitting .209! Judge for MVP is a perfectly reasonable argument to make. He truly is having an amazing season. On the Player Rater, he has about twice as much home run value as the third best home run hitter in the league, Yordan Alvarez. That is truly remarkable. But, just because that’s remarkable doesn’t mean he’s going to get to 74 homers for the home run record. National sportswriters counting down Aaron Judge homers like he’s not 14 away from the record with 16 games to play are just trying to generate clicks. Also, anyone saying Maris’s record is the real record is having a break from reality, let them be. It’s dangerous to wake them from their dream state. By the by, the case for Ohtani is quite simple — he’s a top 5 starter and a top 10 hitter. It will be Aaron Judge though, I’m not living in denial. Too much heat on Judge this year. For 2023 fantasy, Aaron Judge is gonna be so fascinating. Wouldn’t be shocked if we see him at number one overall for some, and as late as ten overall if he signs with a lesser team. Anyway, here’s what else I saw yesterday in fantasy baseball:

“With that trade, the Giants will now be seeing if they can turn a Harry Styles Chia Pet into a halfway decent 2nd baseman. We just now he’s not gonna wanna ride the pine!” Announcers laugh, but, before they can finish, the Harry Styles Chia Pet slaps a ball over the fence for a three-run shot. “I’ll tell ya what, Jon, that Harry Styles Chia Pet has got some pop!” Okay, so Lewis Brinson (1-for-4 and his 3rd homer, and 3rd homer in two games) isn’t quite turning a Chia Pet into a major league All-Star, but it’s not that far off. As Jesse would scream in Breaking Bad, “The Giants can’t keep getting away with this!” ‘This’ being turning cast-offs from other teams into bona fide major leaguers. Of course, Giants turning Lewis Brinson into something would be their “making the Statue of Liberty disappear” of player reclamations, but they did it with Wilmer Flores, J.D. Davis…They got someone named B. Johnson in right field, and I half expect it to be Boris Johnson, after losing 10 Downing. Do I think Lewis Brinson is fixed for 2023 fantasy? I’m not sure he’s fixed for this week! but he’s clearly hot and show be rostered until further notice. Anyway, here’s what else I saw yesterday in fantasy baseball:

Last week was bizarre. My pitching recommendations were downright terrible, but my hitting streamers went nuts. That has given me mixed feelings about that article, but the process has been on point for a month now. This is the time of the year when we need our pitching streamers to step up, though, and I […]

We saw the first wave of September call ups with headliners in Corbin Carroll and Gunnar Henderson. There will likely be more to come as vets get rested and teams want to give their young guys a lower pressure setting to get their first taste of the bigs. My advice, always bid on these guys, […]

We have gotten here, everyone!  That is, assuming you are in the playoffs of your H2H league.  If you are reading this and didn’t make the Playoffs, you are my hero for still checking out this article.  For 20+ weeks, we have talked about strategy weekly, and nothing has changed since the playoffs are here.  If you have a stud, you should start them.  While there could be a case for a marginals stud in Atlanta who only has 5 games, don’t overthink it!  You are not sitting Acuna or Reilly, no matter what.  What we should be doing is looking at the week-by-week rotations and trying to get the most ABs possible.  This may be common knowledge, but there are a few additional “tricks of the trade” that could help you…

If you have a BYE, start looking ahead to next week’s matchups while your opponents are hyper-focused on this week.  For instance, the Reds have 9 games.  CLE, MIA, PITT, and TB all have 8 games.
Check the IL reports and see if anyone is coming off early.
Look at your potential opponents’ strengths or weaknesses (categorical H2H), and make sure to take advantage
See if you can forecast the upcoming 2-start pitchers.  The early bird gets the worm.

In most H2H leagues, this is the final week of the regular season.  I reflect on this week as I have watched Pujols and Molina make their final journey around the MLB before they leave for good.  Well, as far as we know!  Pujols has gone on record that even if he doesn’t get to 700, he will retire.  I believe that about as much as I believed he was 19 when he joined the Cardinals.  I think it would be an awesome situation to watch Albert come back next year (if he doesn’t get 700 this year) and have all of America watching his every AB in hopes of 700.  Then again, the swan song for Pujols and Molina hasn’t exactly been one that I had imagined.  I can remember when Mariano Rivera was retiring, he was getting rocking chairs made of broken bats, gold records, and terrifying sand sculptures.   Derek Jeter received a ticker tape parade with every stadium he visited, and yet Pujols and Molina pale in comparison.  Sure, Molina doesn’t deserve the send-off that Jeter or Mo had gotten, but Pujols deserves so much more than what he has gotten.  Hell, the Red Sox and the Cubs gave him the same gift, the #5 from their scoreboards.

My Mets stack didn’t cash last week, but we’re still on a nice little Tuesday run here with Razzball picks. For anyone interested there are quite a few of us DFS writers at Razzball in a contest to raise money for Emily Waldon’s (@emilycwaldon) GoFundMe to help with her medical bills as she fights cancer. […]

I’ve been crushing these streamers since the All-Star break but last week was terrible. It was easily one of my worst weeks of the year, and that’s simply going to happen at times with the volatility of baseball. I was a bit hesitant picking streamers last week, but that’s certainly not the case here. Those […]