Ah yes, David Price.  I like to think of Price as a great pitcher who flies under the radar.  He’s like the Spinal Tap of baseball.  Feel free to call me out on this, I did five minutes of research/thinking in the shower for that simile.  Sure, we all know his name, but how often does he come up when you compare him to his peers: Clayton Kershaw, Justin Verlander, Felix Hernandez, Adam Wainwright, and Stephen Strasburg?  Price is looking to dominate in what looks like his last year with the Rays.  If he plays well, I fully expect the Yankees to offer him a $400 million, 10-year contract.

Price, and pitchers in general, don’t get injured in as many different body parts as position players do.  So you won’t be getting any body part graphs, like I did with Justin Upton here.

Price does have an injury history though.  Surprise, surprise…a lefty pitcher with left arm injuries.  That’s about as unexpected as Tyler Perry using his name in the title of his movies.  Since 2012, Price has missed fifty-three games, or about ten starts.  About eight of those starts were missed last year during his only DL stint.  Before 2012, he hadn’t missed any significant time, but arm injuries are never a good sign.  In 2010, Price had LASIK surgery…I guess he didn’t want to wear snazzy glasses like Eric Sogard.  Sorry ladies, he’s married.  At least we know Price can see the catcher’s signs.

There is definitely some risk that Davey will re-aggravate his throwing arm.  I’m a little worried, but not as worried as I am for someone like Carlos Quentin or Troy Tulowitzki.

I always hate starting this section…because I never know where to start.  I guess I’ll start with K/9 and BB/9 rates.  Here’s Price’s history:

I also included K/BB, because it’s also an important statistic.  Price has consistently kept his K/9 above 8.00, except for last year, when his injury probably bogged him down.  But even though his K-rate fell, he managed to cut his walk-rate in half too.  This led to an increase in his K/BB ratio.  This year, Price’s K/9 is back up, and higher than ever while his BB/9 is lower than ever.  Price’s K/BB ratio is now at an unprecedented level.  Below is a comparison of Price’s K/BB ratio to other elite starters this year:

Basically, it’s not even close.  I doubt his ratio will stay this high, but I do expect him to keep it high.  Good news for Price owners.

I have a whole bunch of other stats I want to look at from Price, but I don’t want this article to be sprawling.  So I’m going to throw all of them into a single table, and then go column by column.

This stat shows the percentage of fly balls that go for home runs.  The league average is about 10.5%.  Price’s average is about one percentage point lower than that.  This year, Price’s number is an extreme 14.6%.  That’s much higher than his average, expect regression (the good kind).

HR/9 is the number of dingers surrendered per nine innings.  HR/FB% is related to HR/9 (for obvious reasons).  Again, Price’s HR/9 this year is a career high.  This number will fall alongside his HR/FB%.

This stat shows the percentage of strikes that were swung at and missed.  Higher SwStr% rates are related to higher K/9 rates.  This stat is part of the reason Price’s strikeouts are up this year.

BABIP is a measure of how many balls hit into play go for hits.  High BABIPs for pitchers mean the pitcher is getting unlucky.  The league average BABIP is around 0.300.  Price’s BABIP has been rising every year, but this is the first year it was above 0.300.  BABIPs tend to regress to the player’s career number.  Price’s number is well above his average, and league average.  Lower BABIPs lead to fewer hits.  Fewer hits lead into my next stat:

This is the percentage of runners that are left stranded.  Price’s career average is in 74.4%, Price’s number this year is 68.2%.  This is also his career low.  This means that Price is allowing almost a third of the runners that reach base to score.  I would bet this has to do with all of the homers that Price has been giving up.  This number will rise as his HR/9 and HR/FB% fall.

Why would I bring up WHIP?  His WHIP is only 1.18, which is only 0.02 higher than his career number.  I only bring this up, because as I have previously mentioned, Price hasn’t been walking many batters (eight this year, to be exact).  This means that the rest of his WHIP is being inflated by hits.  Hits are more damaging than walks.  So I created a new stat, HIP (hits per inning pitched).  It’s just WHIP, without the walks.  Here is Price’s HIP by season:

Yes, I realize that HIP is just one ninth of H/9, but I used this stat as a comparison to WHIP.  This is the first season Price has allowed over one hit per inning.  I imagine this number will fall.

This is the percentage of first pitch strikes thrown.  Not only is Price at a career high, but he also holds the highest value among the one hundred and one qualified starters.  The league average for F-Strike% is around 60%, Price’s value is almost 12% higher than that.  Higher F-Strike% values are good because a batters hit worse when they are behind in the count.

Alright, that was a lot to take in, but I promise I only have one more thing to go over!  I want to compare pitcher’s ERAs to their FIPs.  FIP is the expected ERA of a pitcher.  It attempts to remove luck from baseball.  A pitcher that has an ERA that is lower than their FIP is getting lucky.  A pitcher that has a larger ERA than their FIP is getting unlucky.  Here is a list of the unluckiest pitchers:

Price has the eighth highest ERA-FIP.  Even though his ERA is 4.42, it should be closer to 3.28.  These other pitchers are also possible buy low candidates for the same reason Price is, but Price is a much better pitcher than any of the other seven, so I would still be wary.

Price has been underwhelming so far, but expect great things.

Buy David while the Price is Right. 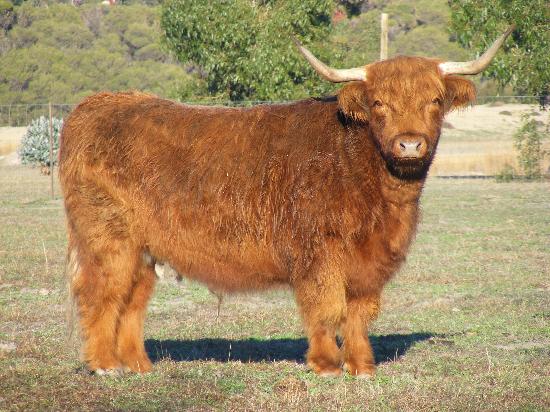