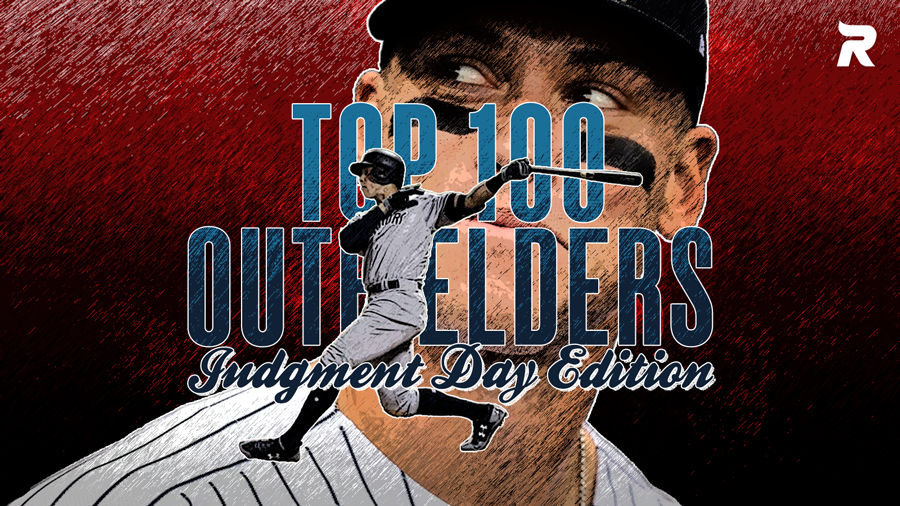 There were several names I could lead off with this week as we revisit the outfield, umm, field. But is there anyone hitting the ball better right now than Aaron Judge? I think not. There’s nothing quite like a prime athlete in his contract year that feels like he’s been slighted in preseason contract negotiations. Make no mistake, Aaron Judge is on a mission to surpass that 400M mark. He knows the Yankees are good for it and wants them to pay up. Over the last 2 weeks Judge is slashing .354/.441/.750 with 6 HR and 11 RBI… and currently leads the league with 24 HR. Judgment day is coming…

Brandon Drury – He just refuses to stop hitting. I keep waiting for the floor to collapse underneath him and it doesn’t. Calling GAB home certainly helps to keep the BABIP healthy (just ask Jesse Winker). That said, he is not one for wasting opportunities. It’s beginning to feel like this is a late-career breakout aided by the sandbox rather than just a flash in the pan. Drury is easily in the midst of his best season to date at age 29 (shocker! younger than I thought he was). So far he is posting career bests in nearly all statistical categories: avgEV, maxEV, Hardhit%, xBA, and xSLG… and his 2nd best BB%. I grabbed him in a few places and now wish I had him everywhere.

Byron Buxton – Batting .326 with an .826 SLG including 7 HRs over the last 2 weeks. Scorching hot. I don’t think I need to tell you that a healthy Bux is a good Bux. The buck stops when Bux says it does… or possibly an overcooked ribeye.

Yordan Alvarez – If not for Aaron Judge we’d be talking more about him as he continues to hit the cover off the ball, including a .500 AVG over the last 2 weeks and 5 HR. He is finally having the season we have been waiting for and is methodically on pace for 40+ HR, 100+ RBI and .300 AVG, yes please, and thank you.

Adolis Garcia – It took him a little while to get going but the dude is an athlete… still can’t believe the Cardinals let him and Arozarena (who has also come alive recently with 3 HR, 5 SB) slip out of their organization. *stares at Carlson and Bader* Over the last 2 weeks Garcia is hitting .327 with 5 HR and 5 SB and now is essentially giving you the same stat line as Jazz Chisholm who was drafted likely 50+ spots sooner.

Lane Thomas – Finally doing something with the bat. Over the last 2 weeks, he is hitting .357 plus went 2/4 with a home run last night. Now is the time to pick him up and see how deep the rabbit hole how goes.

Garrett Cooper – Had a very nice homestand hitting .475 over the last couple weeks but now goes on the road to Philly and Metco. If he’s out there he might be worth the pickup to ride out the hotness since Mattingly is in love with him, and has kept him in the 2-hole for most of the season, despite jerking around Jazz for most of April in the 9-hole… No, I’m not bitter at all. Why do you ask?

Michael A. Taylor – Also coming off a hot one, Taylor has been hitting .440 over the last 2 weeks with a pair of HRs against BAL. He’s got a difficult matchup against the Giants to start the week but then heads to Oakland. That might be worth a look, he’s usually good for a few hot streaks each year and last year one stretched for a couple of months. Maybe he’s feeling it again.

As always, the individual ranks (and to a degree the dollars) don’t really matter, what’s important are the tiers, and more important than that now—your roster construction. Any outfielder not listed, consider them tier 5.

Eloy Jiminez always skips leg day at the gym. Anyone heard of when we might see him again. I traded Justin Turner, Carlos Correa and Thor for Eloy and MJ. The next day the Sox pulled Eloy from his rehab. Oh well. Would love to hear any news on him though.

Have Yordan Lou-Bob-Thomas and Adolis not to mention Edman…needed pitching!

Sounds like you did pretty good, probably could have gotten a bit more value for Cast but Taillon seems to be getting better, just a little concerned with the dip in k rate