Please see our player page for Neil Ramirez to see projections for today, the next 7 days and rest of season as well as stats and gamelogs designed with the fantasy baseball player in mind.

Welcome to the bi-monthly look at nose picking.  Nah, I am obviously talking about bullpens, because they usually come in second to the nose goblins anyways.  Lots of people always ask me: How do you shuffle between holds guys and get an effective return?  First off, if you wanna surf the waiver trend and stream the hell out of relievers for holds purposes, you gotta be aware that you can’t be afraid to let your ratios go to pot.  Not like move to Colorado and play Bohemian drums and stuff, just the trends that I have encountered and noticed is that with the quantity in holds there comes a slight tick to ERA and WHIP.  Not an awful turn of events, if you you have sufficient starters that hold down the metrics.  I don’t even know if metrics was the right word there, but I just saw a commercial for a tutoring service for kids… ummm, its summer.  So back to the picking a winner lede discussion…  When in doubt, pick a winner, four of the top-five hold accumulating teams are in first place.  Six out of the top-10.  I wish I can make the cliche statement that bullpens win games and have it be unique and quirky and new, but quality bullpens don’t not hurt your teams chance at winning. So if you are looking at streaming or even in the business for flip-flopping relievers in this high holy season of the All Star break, ask yourself two questions; how has he done over the last two weeks, and is his team scoring enough runs for the quantity?  Because any good reliever needs to be worth the squeeze.  And it doesn’t hurt to be a front-running team.  So choose wisely, and for all intents and purposes hit me up.  Never hurts to ask the guy who sleeps in bullpen pajamas.  More bits of tid after the jump, cheers!

I wish filling out your fantasy roster with middle relievers was as easy as plop-plop, fizz-fizz.  But I’m sure it isn’t, because not everyone is using the same model of success.  I can dig that, I mean, I come from a long line of Smokeys that like the art of shoveling.  Listen, I get it if you don’t wanna help your team-rates and ratios by adding guys that are stout in production for basically free at the end of your draft.  Streaming relievers is a real thing, I didn’t make it up.  It does exist, and it lives in the house between Nessy and Sasquatch.  It’s not for the faint of heart and is probably not for everyone.  It is about optimizing your free innings (very useful in RCL leagues that have games started limits, which everyone wants to win).  It’s a basic theory and the patent is pending, so stick around as I get into the art of streaming relievers. And as an added bonus, I have broken down the MR corps into four separate groups.  These groups are broken down by usefulness.  We have one for straight cuffs, one for rates and holds, a straight holds, and then some stone cold sleepers for you deep-leaguers. 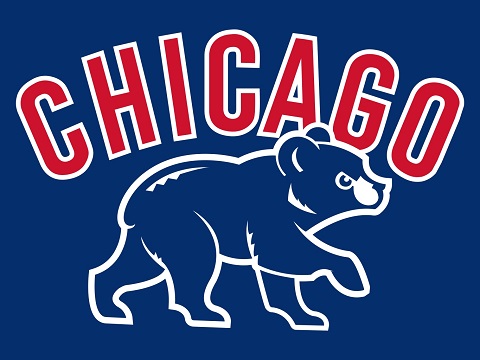 Welcome to the 2015 Razzball Team Previews! You’ll find everything you need to know about each team to get yourself ready for the upcoming fantasy baseball season. And I mean everything folks. We’ve got line-ups, charts, Slurpee’s, lube, a guide for beginner electricians, and even a cactus! Oh, wait, yeah, like half of those things are actually what I have in front of me… But hey, what’s the point of lube and cacti if you can’t share? Truer words have never been written. We also have a very special guest… Mauricio Rubio Jr. from the Cubs Den, to provide his take on what the team has in store this season. So without further ado (and plenty of lube and cacti), let’s check out the 2015 Chicago Cubs!

In my first ever post on points leagues in the beginning of May, I left you with the closing statement, “POINTS ARE POINTS.  SELL THE NAME TO WIN THE GAME.”  The premise is simple, don’t worry about the guys who garner all the attention in traditional category leagues.  Find ways to score more points, regardless of the players’ name recognition value.  Points leagues are their own little fantasy worlds that exist under some vary skewed parameters.  Think of points leagues like fetish porn.  Razzballin does invoke some interesting imagery as the title of an adult film.  Eeeee… Some thoughts just can’t be unremembered.  Grab some hard stuff and throw it back to help ease trauma.  The foreplay of the season is behind us and July signals the time to really turn it on to make the push for your fantasy playoffs.  Let’s get you lubed for some nice 2nd half moves.

Or is it Jean a buy quoi? Voulez-vous coucher avec moi Segura? Mmm hmmm gotcha gotcha Segura da da? A little help! I’m stuck in a Moulin Rouge-inspired snow globe and I can’t get out! For those of you that don’t speak French, but do speak fourteen-year-old text: Jean Seg-U-R-A Buy! Jean Segura has done a lot of bleh with a side of roasted yawnuts. “I see you sitting there on my team and I wonder if I wouldn’t be better with Asdrubal, at least his name makes me giggle,” that’s you wearing a beret, listening to jazz. I hear ya on Segura; he’s been a bore to own. The good news (if you don’t own him) is he has been a bore to own, so you could acquire him for next to nothing. Right now, he’s on pace for 8 HRs, 30 steals and a .260 average with 74 runs and 49 RBIs. Last year, when he broke out, he had 12 steals and 44 steals and a .294 average with 74 runs and 49 RBIs. So, he’s off on average and steals, the rest is negligible. Well, I’d go as far as to say it’s all a negligible difference. If he were to hit for a better average by getting maybe three extra hits a week, wouldn’t his steals go up and his counting stats? Rhetorical! So, is he capable of a better average? Certainly. Or sointly, if you’re reading this in a Curly voice. He’s fast — no shock there — so a .300+ BABIP wouldn’t be a stretch, and right now it’s below .280. If his luck just neutralizes, he’ll hit for a better average. It’s not like his strikeouts have gone up — they’ve actually gone down. It’s not he’s not making solid contact — his line drive percentage has gone up too. He’s hitting more ground balls and they’re getting caught. I wouldn’t trade the farm, but I’d definitely look to see if I could acquire him. Anyway, here’s some more players to Buy or Sell this week in fantasy baseball:

David Price is one of the most interesting pitchers right now. Snooze! Okay, Random Italicized Voice, I’ll try not make this too boring. No, I thought I heard an alarm and was yelling for it to snooze. Oh, okay. So– Snooze! You’re not hearing an alarm! Maybe it’s your voice, Random High-Pitched Voice! Snooze! So, Price’s K/9 and BB/9 are at 10+ and sub-1. He should be a top five pitcher with those numbers. It’s not rocket surgery that if you’re striking out ten guys per nine innings and walking less than one guy good things will happen. This isn’t like when your mom says if you’re good to people, good things will happen back to you, cause I’m pretty sure any millionaire will tell you that’s a crock. The odd thing is not enough good things have happened to Price. See, Mom! Price’s ERA is at 3.93 on the year. That couldn’t be further from what is going on. Right now, he’s having the best season of his career from a strictly peripheral sense. This is all happening while his fastball velocity continues to fall. It doesn’t add up like Joan from Mad Men being married to that guy that looks like a young Jeff Goldblum only geekier. As each great start happens like yesterday’s — 8 IP, 3 ER, 5 baserunners, 10 Ks — it’s going to make it harder to buy Price low, but I would. Snooze! Ugh, I hate you. Anyway, here’s what else I saw this weekend in fantasy baseball:

Gregory Polanco broke out Friday night, collecting five hits, scoring two runs, and hitting the go ahead 2-run home run in the 13th inning to win it for the Bucs. Polancopacetic! The Polancomeback (the first of many!) gives his fantasy owners good reason to be excited, too. The home run was his first major league jack and someone better grab that ball and display it at the Carnegie Museum because this kid’s gonna be a star! Ha-cha-cha! I guess the Fish that Saved Pittsburgh was a Polancod. Oh geez. That was bad, I apologize. After dominating AAA batting .347 with 47 runs, 7 homers, 49 RBI and 15 stolen bases in 62 games, Polanco was off to a slow start in the majors, hitting just 3-for-14 in his first three games. But he busted out in a big way last night, and those who stashed him have got to be feeling real good. Between Giancarlo, George Springer and Mike Trout, I don’t know if have room in my life for another player obsession, you can only stalk so many players in a 24-hour span, and the constant travel and hiding in bushes is exhausting. More importantly I don’t think I have room in my locker for all the Tiger Beat photos I’ll need to cut out and post of him. But I guess I will have to make room for you now Gregory Polanco! Let’s be friends.

Here’s what else happened Friday night in fantasy baseball: