I was really pleased with how last week’s article played out. Hunter Greene, Alex Cobb, Ranger Suarez, and George Kirby all played well as our pitching streamers, while Wilmer Flores and Ji-Man Choi balled out in the hitting section. That makes for a few good consecutive weeks, and I feel as though we have a great read coming out of the All-Star break. We’re actually going right back to the well with two of the pitchers mentioned above, and it’s hard to understand why some of these guys are still available in so many leagues. With that in mind, let’s kick things off with the arms!

I’m not so sure that I even believe in Irvin, but it’s hard to argue with the production. The lefty has a 3.05 ERA and 1.04 WHIP for the year, allowing two runs or fewer in each of his last five starts. What makes that five-start stretch even more impressive is that he faced the Houston Astros three times and the Toronto Blue Jays once. Those matchups would usually maul an ERA, but Irvin continues to grow against these dominant offenses. The Angels are far from that, with Los Angeles ranked 25th in runs scored, 27th in OBP, 26th in wOBA, and dead-last in K rate. They’ve actually been hitting Luis Rengifo in the three-hole recently if that tells you where this lineup is right now without Mike Trout. 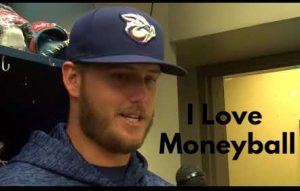 I don’t understand why people are so slow to pick up Greene. This former top-pick leads all starters in velocity, regularly throwing 30-40 pitches at 100 MPH per start. That stuff is finally leading to some results, registering a 4.74 ERA, 1.22 WHIP, and 10.7 K/9 rate over his last 14 starts. That ERA might look ugly, but he allowed 12 combined runs to the Mets and Dodgers in that span, allowing two runs or fewer in seven of those other 12 outings.

The advanced numbers tell an even better story, with Greene generating a 28 percent K rate and an xFIP barely above 3.50 in that span. We believe he’ll get another one of those quality starts this week, facing a Miami club that ranks 24th in runs scored, 26th in OPS, 25th in OBP, and 27th in wOBA. They’re also missing their best hitter in Jazz Chisholm, leading to a quality start for Greene in this matchup last week. This is one of The Streamonator’s favorite plays, too, projecting Greene to generate $18.8 worth of value.

Archer has been awful in his last two starts, but this journeyman was having a resurgent season before that poor stretch. In fact, Archer accrued a 3.08 ERA and 1.26 WHIP through his first 15 starts, allowing four runs or fewer in all but one of those. That’s all you can hope for from one of your streamers, even if Archer will only throw 5-6 innings.

The most significant variable this week is the matchup with Detroit, with the Tigers ranked 29th or 30th in runs scored, OBP, OPS, wOBA, and xwOBA. That makes them the best matchup in baseball, which is apparent when you see that Chris has a 2.00 ERA and 1.00 WHIP in two starts against the Motor City Kitties this season.

Ranger Suarez, PHI (vs. WAS)

I fell in love with Suarez when he carried some of my fantasy teams to championships last season. It’s easy to understand how he did that, with Ranger registering a 1.36 ERA and 1.00 WHIP. That’s an incredible run, and we’ve seen glimpses of that player recently. Suarez has a 2.49 ERA and 1.13 WHIP over his last eight starts, throwing 16 scoreless innings in his previous three outings.

That means he could be in for a monster second half, and it should continue against the Nationals. Not only will they likely be without Juan Soto and Josh Bell for this start, but they also rank 26th in runs scored, 21st in wOBA, and 28th in wOBACON with those guys. If he faces them without those two, Suarez could sling one of his best starts of the season!

There’s a chance Kirby will lose his rotation spot after the Luis Castillo trade but throwing five nearly perfect innings in his return to the rotation makes him an exciting streamer against the Angels. The Streamonator loves him, projecting him to provide $36.5 worth of value.

Thompson has allowed two runs or fewer in 16 of 21 games this season and should keep that trend going against this horrific Marlins lineup.

I’ve had Voit in here a few times, and he always seems to do well when we expect him to. The career averages make it hard to understand why he’s so widely available, with Voit tallying a .348 OBP, .492 SLG, and .840 OPS in over 1,600 plate appearances. That always has him hitting cleanup behind Manny Machado, and we expect those two to dominate these matchups this week.

Three games against the Dodgers can be daunting but facing the Rockies five times is an absolute treat. Colorado ranks bottom-three in ERA, WHIP, and wOBA, sending out one of the worst rotations in baseball. Voit also benefits from facing the backend of the Dodgers rotation, avoiding Julio Urias and Clayton Kershaw. We didn’t even mention that Luke faces four lefties too, which is enormous since Voit bats from the right side of the plate in an eight-game week

Canha was a great interview during the Sunday Night Game last weekend, but we want to use him as one of our streamers this week. This dude has quietly been a great hitter for most of his career, compiling a .375 OBP and .801 OPS since 2019. That’s a large sample size of Billy Beane baseball, making Mark an everyday player for the Mets. We love that since he plays eight games this week, and it’s not like he faces many scary pitchers. Washington is possibly the best matchup in baseball, with the Nats ranked 29th or 30th in ERA, WHIP, wOBA, and xwOBA. He also gets to detour Charlie Morton in Atlanta’s rotation and should provide great counting statistics in an eight-game week.

There is nothing about Vinnie’s season-long numbers that will make you want to use him as one of your streamers but it’s just a matter of time before this top prospect starts raking. The first baseman provided a .293 AVG, .382 OBP, .573 SLG, and .956 OPS in nearly 1,000 at-bats in the minors since 2019, earning him a prominent spot in this lineup. He hasn’t done much for the Royals yet, but the hard-hit averages tell us that a hot streak is right around the corner.

Vinnie has a .277 xBA, .486 xSLG, .372 xwOBA and .398 xwOBACON. All of that tells us that some positive regression is coming, and seven games against these pitching staffs might be the start of it. The Red Sox sit 24th in ERA, 22nd in WHIP, and 25th in wOBA, while the White Sox rank 19th in ERA, 24th in WHIP, and 21st in wOBA. He’s also expected to see six righties this week, avoiding Dylan Cease from the ChiSox. 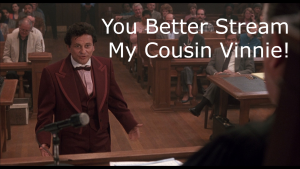 Detroit, Miami, Washington, LAA: I might even get a few outs pitching against these teams. My streaming choices seem more match up related than ever before. There are some very very bad hitting teams out there.

Totally agree man. Matchups are probably more important than the arms at this point. Some lineups might get even worse

is it crazy to start Aaron Ashby at Boston?

Sorry man, I just saw this but I definitely would have with how Boston has been playing and how goorld Ashby has looked recently