It wasn’t worth the effort to paste Gerrit Cole’s head on the GIF, but you get it, Cole is about to dive straight into a pile of money as he enters free agency next season.

After getting off to a rough start, Cole keeps cruising with a 1.98 ERA, 0.90 WHIP, 36% K rate along with a 6.3% BB rate since his May 27th start. He may be getting a little lucky, but you have bigger concerns than whether he should be in your lineup.

Clayton Kershaw has been great this season as well, and performing even better since July started. 1.66 ERA, 0.97 WHIP, and a 32% K rate. As Mark Twain was famously quoted as saying, “Rumors of my death are greatly exaggerated.” The back has held up this season and we’re getting a (potentially last) look at vintage Kershaw down the stretch.

After a couple starts to get adjusted from his injury and rehab, Mike Clevinger has been fan-friggin-tastic. 1.83 ERA, 0.97 WHIP , and 58 strikeouts in 44.1 IP over 7 starts.

The Yankees and Red Sox have the most runs against righties along with being 1st and 3rd respectively in runs scored since the break. So, while I fully endorse Mike Clevinger and I’m starting him where I own him, this week is not without risk.

Only a couple pitchers out of this bunch that has been performing well recently, and one is Plesac with the same terrible match-up as Clevinger.

Brendan McKay had one blow up against the White Sox of all teams, but has been a solid performer outside of that one. On the beach in San Diego and home vs Detroit, there was a part of me that wanted to move him up into the next group with that 27% K rate and only 3 walks in 29.2 IP. 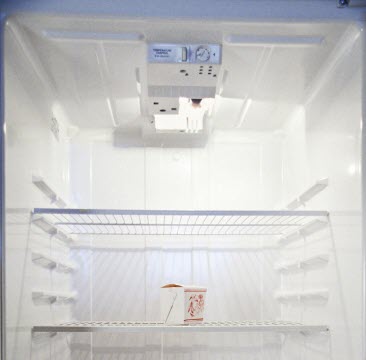 Potential for some soy based goodness, but with a personal level of risk tolerance that is dependent on the other options on hand. Zac Gallen has been great, but going to Coors in the summer carries some potential to be hazardous to your health.

Ivan Nova is another guy that has been performing well post all-star break, but he gets the Astros at home in the stadium with the worst name in the majors, Guaranteed Rate Field. Bring back $1 beer night!

So, You’re Saying There’s a Chance

There is a chance. We’ve seen moments of decency from everyone on this list. Some surprising, some not so much, but each is enough of a roller coaster ride that you must be this tall, aka desperate, to jump in these carts.

Free Streamonator Pick of the Week: Streamonator comes at you with a new name this week in Dillon Peters. 3.18 ERA since being recalled.

Limited upside for strikeouts, but he did get 8 last time out vs the Red Sox. The curve is consistently getting 2900+ spin rates, and hitters are struggling to the tune of a 58% GB rate with a .188 batting average and slugging against.

There goes one of your 2 No Doubt starters. Kershaw has been pushed back a day and Dustin May will be getting the nod today.

Looks like they moved Bumgarner up from Wednesday to Tuesday from when I did my research to now, so, he’ll get 2 starts. McKay has been moved back a day and won’t have 2 starts. I do still have Peters as a 2 starter. It’s possible that the Angels run a 6 man rotation, but I haven’t seen anything about that and still have him as a 2 start guy.

Sounds like Griffin Canning is coming back on Tuesday and would bump Peters to a 1 start guy this week. Unsure if they would throw Canning twice or run a 6 man.

Look at B_Don with the internet!

I think he could sneak through this first time against the league, but I’d guess he’s closer to the 4 ERA pitcher long term. Cutter/slider carries the mix, but seems like he’s getting more confident w/ the change. It is the Indians and he is a more refined command pitcher, so, there’s always a chance he becomes more. Don’t expect the K rate to maintain that he’s shown in the first 2 starts, plus, it was Texas and Detroit at home.

Thanks for the insight, appreciate it.

Starting Two start Gallen with a trip to Coors over two start Disco?

They’re in the same tier, so, similar type of start option, but I am a bit worried with Disco getting hit a little in his last 2 outings and the velocity on his FB was down in those starts.

I may pick up Font next week for some laughs. It is a head to head league and my opponent will not reach the 50 innings threshold, so I can start some rough pitchers and still take all the pitching categories.

But that starts on Monday. For today, do you like Vince Velasquez to do well at San Francisco?

Yeah, I’d go ahead and start him. It’s a good park and a middle of the pack offense post ASB even with their little offensive run.