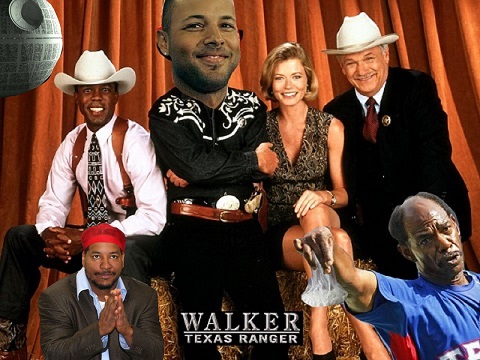 Fact: Ron Washington is a giver.

MLBtraderumors found a reason to stay significant post-trade deadline yesterday, and now it’s official — Alex Rios has been traded to the Rangers for Leury Garcia. Who? Basically. (To be fair, he does have some speed, but the hit tool is a bit lacking. So close, yet Profar. HUUUUR.) You can check on the complete, gory details here. But don’t complain about the lack of gore. So, what’s the fantasy impact here? No, silly, I’m not asking you. Unless you know the answer, then by all means, go for it. You can’t tell, but I waited a good five minutes. Thanks for nothing. Allow me. While U.S. Cellular Field can be homer happy, Rangers Ballpark in Arlington is right behind in offensive park factors. I do prefer the Texas lineup, so a boost in projected runs and RBI’s may occur. Grey projected a 37/10/30/.284/14 line for him in the second half, and while Rios has gotten off to a slow start, these are still achievable numbers if going into a playoff situation can get some of those juices flowing. Or there might not be any juices. I am unaware of Rios’ juice levels. But let’s hope its cranberry. Because that’s my favorite juice. Honestly, it’s just really hard to tell if a player is going to pull a CC Sabathia or Ryan Ludwick. Overall though, I don’t see a huge change in the dynamic, but there’s certainly nothing to complain about. Here’s what else I noticed yesterday…

Oswaldo Arcia — 2-for-10, 2 runs, 2 RBI and his 8th and 9th homers. What did the pirate say to his friend before leaving? ARRRRcia!

Jose Bautista — 3-for-5, 1 run, 1 RBI and his 26th homer. Really the only highlight for the Blue Jays last night. Well, that, and realizing Esmil Rogers should probably not start anymore games this year.

Brandon Beachy — 8 IP, 0 ER, 4 baserunners, 6 Ks. Encouraging to see a second solid start with a side of no earned runs after his blowup against the Rockies. Even then, I still don’t trust him. Fair? Maybe. Maybe not. What can you do? Sometimes, life is a Beachy. Yeah. I just did that.

Lance Berkman — He’s aiming to return next Friday after contemplating retirement. Money, I’m sure, played no part in this decision. Expect a rehab stint starting tomorrow. Don’t worry, I have a Photoshop of him batting in a wheelchair on standby.

Clay Buchholz — Threw a 40-pitch bullpen session, with about 60-65 percent effort, and should be moving up to a simulated game next week. Since we are doing simulated games, am I to understand here, that after doing a 40-damage attack with the red-thread infused ball of white, with a dexterity rating of 60-65, that Buchholz is ready to return? I’d prefer not to use him to slay the great green monster until we find the +5 to magic missile amulet.

Matt Garza — 7 IP, 4 ER, 8 baserunners, 8 Ks. This start is pretty much the poster child of what I would expect going forward. He’ll get you the K’s, but that’ll go with a very pedestrian ERA and WHIP.

Josh Hamilton — 1-for-2, 1 run, 3 RBIs and his 17th homer. Hamilton had been hitless in his last 13 at-bats until this game, and Chris Nelson was hitting in front of him. Proving that when you are at rock bottom, there’s a whole ‘nother level below that mutha. I mentioned him as buy at All Star break, and since then, he’s actually, um, tied July’s sacrifice fly total of one. So there’s that, I guess.

Austin Jackson — 4-for-6, 2 runs. Hmmm. All those hits and no RBIs. This is what happens when you put Don Kelly in a lineup.

Scott Kazmir — 3 IP, 5 ER, 7 baserunners, 3 Ks. The good here? He finished the game strong, giving up no runs with 3 strikeouts in his last two innings. The bad? He only pitched three innings.

Ivan Nova — 7 IP, 1 ER, 10 baserunners, 7 Ks. Doesn’t seem that long ago when I made the bold prediction that Nova could outproduce Dan Haren this season. Granted, there has been some DL time served by Nova, and the counting stats are still fairly close. But both the rate and advanced stats are telling me there’s a huge difference, and, more importantly, that he’s rosterable in all formats.

Starling Marte — 4-for-4. He relies on BABIP for success. I rely on Bibimbap. Coincidence? Probably. Relevant? Not really. Hungry? You betcha.

Justin Maxwell — 3-for-5, 2 runs, 2 RBIs and his 5th homer. I can’t say I think much of Maxwell. But he’s gone 8 for his last 17 with 2 HR’s in the last week. So he’s either Maxhot or Hotwell. So you have a choice of what I imagine sounds like a spicy tampon or a musty British pub. Choose wisely.

Justin Morneau — 2-for-10, 2 runs, 5 RBIs and his 12th and 13th homers. I’ve been waiting five years for a day like this. I’m not sure if that reflects more poorly on Morneau or me.

Wil Myers — 2-for-4, 2 runs. For a midseason call-up, you have to be ecstatic with what he’s done. Just keep your future expectations in check. A high BABIP is a wonderful thing. Basically, I think his ceiling is more Jay Bruce than Ryan Braun.

Rick Porcello — 5 IP, 3 ER, 8 baserunners, 6 Ks. Along with Grey, I’ve been on the bandwagon for quite a while. But if there are lessons to be learned from his 2013 season, they are: First, Mr. Dombrowski… defense, it’s part of the game. Please act like it. Second, FIP fantasy leagues should exist. Third, bacon, bacon, bacon, bacon and, you guessed it, more bacon. Always end on a high note.

Jake Peavy — 5 IP, 6 ER, 11 baserunners. Not even a strikeout… incredibly uninspiring. Then again, he was cheaper than Matt Garza! That’s the glass half-full way of seeing things. I’m sure our resident Razzball Boston-diehard, The Guru, prefers the glass half-empty way. At least he’s not as bad as Ryan Dempster! Wait a sec…

David Price — 7 IP, 0 ER, 8 baserunners, 4 Ks. I told you to buy when the Price was right. Now, the price is probably wrong. Pricewrong does not roll off the tongue as good as Jaywrong. Advantage me. Pricewrong pitches in the Major Leagues and makes more money. Advantage Pricewrong. It’s a tie! So why am I so sad?

Alexei Ramirez — 3-for-10, 2 runs, 5 RBIs and his 2nd and 3rd homers. Well, he finally passed Pete Kozma for the home run lead. That is, if you take out the 330 or so players that have hit more than three homeruns. So congrats, I guess.

Josh Reddick — 3-for-5, 3 runs, 5 RBIs and his 6th, 7th, and 8th homers. He hit more home runs in this game than he had in his previous 32 combined. A sign of things to come? His BABIP, batted ball profile, and plate discipline numbers are all pretty screwy, so a correction would be in order. Might be worth a look-see if Reddick has the urge to try and fit all that correction into as few games as possible this week.

Fernando Rodney — 1/3 IP, 3 ER, 5 baserunners, 1 K. Last night’s closer-defenestration was brought to you Fernando Rodney. Fernando? Just Fernandon’t. That’s his seventh blown save for the season and his second in the last three days. They’ve stuck with him so far, but if you have room for a handcuff, Joel Peralta would seem to be that guy.

Justin Smoak — 1-for-3, 1 run, 2 RBIs and his 12th homer. I like the improvements in his BB%, and the power is nice, but that BABIP over the last year has been around .330, which is a bit high for a guy with no speed. I would love to see nothing more than the Smoak monster emerge, but I still get the feeling that he’s just messing with me.

Chris Tillman — 8 IP, 1 ER, 5 baserunners, 9 Ks. He’s always shown flashes, and you have to admit, with this last start, he might be an enticing option for your pitching needs. But like Winter in Game of Thrones, regression is coming.  By the way, I’m midway through season three. Daenerys is the only one doing this right. Everyone else just has no clue what they’re doing. And, you know, Dragons bro.

Justin Upton — 1-for-4, 1 run, 1 RBI and his 22nd homer. I’m getting the profound sense here that Upton only likes months that start with the letter ‘A’.

Jered Weaver — 7 IP, 2 ER, 6 baserunners, 4 Ks. One of these days, his loss of velocity and his diminishing peripherals will show up in the results. At least, that’s what I’ve always told everyone. Then everyone reminds me that my name has the word ‘wrong’ in it. It’s hard to argue against that.

Rickie Weeks — Will need surgery on his injured left hamstring and will miss the remainder of the 2013 season. This guy, I call him Ray Lewis, cause he knows how to stab a guy and run.