First things first, Grey hates Murphy. In his Top 20 1st basemen, Murphy is #32 and had this written about him: If you were to put his douchebaggery on an X axis, and his ability on the Y axis, they’ve finally crisscrossed. Why you gotta do him like that, Grey? So, I’m treading on thin ice there, but The Real Joey Bart considers him a sleeper and Rudy likes him at cost as well, so….Power in the people!!! Too bad Razzball is a North Korean-style dictatorship, with all of us combing Grey’s mustache.

Let’s get down to the nitty gritty.

All the Statcast data paints an ugly picture. The barrel% was 2.4. For perspective, during the 2016 season, that number was 8.5. The past two years, it was at 4.8. The exit velocity was the lowest of his career at 86.3. The launch angle was 14.8, compared to the 16.8 in 2016. XSLG, WOBA, etc all show the same thing. But my mind can’t stop thinking about that finger injury. The injury happened the second game of the season. While it was the left index finger and not on the hand that grabs the bottom of the bat, I assume that it affected his performance. Am I falling victim to Murphy’s Law of Expectations? Quite possibly, so then I looked at the plate discipline numbers.

The swinging strike rate was consistent with his career norm. The chase rate and swing rates were all fine. All the contact rates were in-line or even a touch better. The approach remained the same. Process over results, right? Well, the results weren’t what we expected, which makes me believe more that all the injuries were affecting his performance: the finger, the back, and being one year removed from knee surgery. Maybe he wasn’t able to generate enough torque due to back and/or knee issues? Maybe the grip on the bat was just a tad light due to the finger injury, so the contact wasn’t as solid. Maybe he wasn’t able to lift the ball due to all three? The GB/FB rate was the highest since he was a Met back in 2015 and the launch angle was highlighted earlier.

That’s a lot of maybes. I wish I knew for certain, but if that was the case, I wouldn’t be writing this from my mom’s basement. What I do know is that there’s upside with Murphy this season, which is strange to write because he’s not going to steal bases or club 30-40 homers. The main reason is the batting average. With many getting steals and home runs from poor average hitters, falling behind in batting average will be common. How many players down in this range will be able to provide the batting average needed without sacrificing in the other cats? David Peralta comes to mind, but that’s about it. 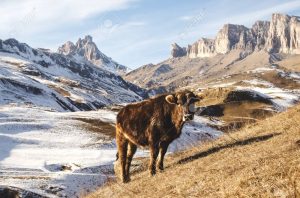