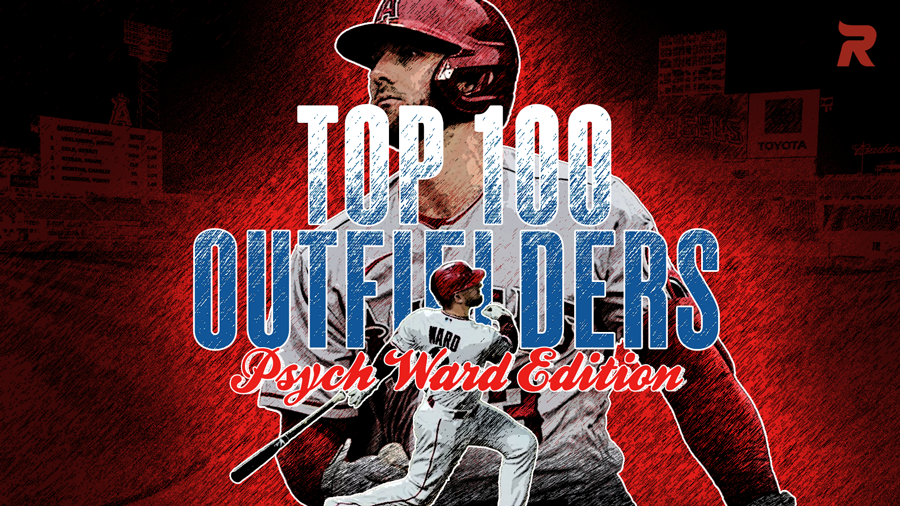 I have no words for how this season has started (proceeds to write 1500 words). The Angels are leading the AL West and I don’t know what to do with myself. Do they have the most potent outfield in the majors? For the first month they do at least. In a season where the league is being fed dead balls and humidors the Halos are top 5 in hits, home runs, runs, RBIs, and steals. WOW. Have I gone mad? The biggest surprise of all in that is…

Taylor Ward – Joe Maddon told us he had faith in him being the “everyday RF” when the season kicked off just before Ward sustained a minor injury running the bases in the last spring training game that landed him on the IL. Fast forward to this week and he’s back and hitting the cover off the ball. I mean, the kid is RAKING. I didn’t realize that the spirit of Ted Williams had possessed his body. Joking aside, other than the angelic backrub he receives before each at-bat, Taylor Ward has evolved as a hitter. I know early season statcast red isn’t THAT telling, but its not not saying anything either (nothing? neither? triple-negative?)… 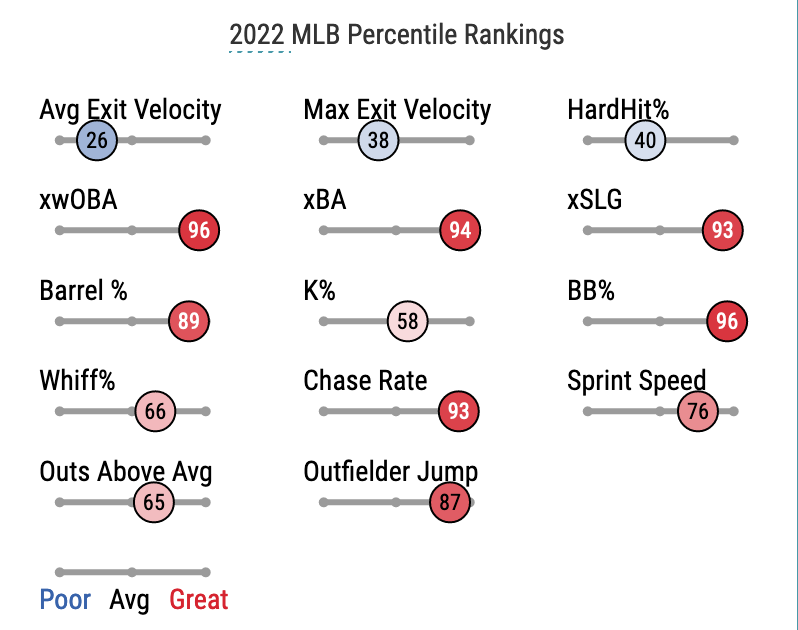 The exit velo numbers do scream to temper expectations, but the contact and discipline should be respected (so far). Is he going to hit 40 HR? not likely, but is he going to be relevant at the top of the Angels lineup that is scoring a lot of runs? Absolutely.

Like, I’m self-aware this is coming from a Halo homer, but, I’ve watched this kid hit from the beginning, and let me tell you, something is different. His entire approach looks more refined this year, like he has a clear plan with each plate appearance and the discipline to execute it. He’s taking pitches he would have swung at a year ago. And then looking at the metrics (small sample), his discipline looks like it’s in the middle of a breakout and improved in all areas, especially selectiveness of swings. He probably won’t win the batting title, but, he’s looking like he could settle into a .270-.275 average and decent power. That’ll play.

The thing is though, the more success he has, the less opportunity there’ll be for Jo Adell. Especially since Brandon Marsh is hitting the ball well too. He already has 15 RBIs, and leads the team. And on a team with limited (good) lefty hitters, Maddon will give Marsh all the run in the world.

Ronald Acuna Jr. – He’s back and already stole 2 bases in his first game… yeah, I’m gonna go on a limb and say he feels fine. The King has returned.

Jurickson Profar – I almost wrote about him a week ago before I watched the Trevor Rogers start on TV. Profar is getting the playing time this year and I think it’s helping. It wasn’t that long ago that Profar had established himself after a long winding road through the majors as a 20/10 hitter. He did it in 2018 and 2019 and paced that rate in 2020 as well. Then, last year, something was off. Maybe he was hiding an injury, maybe the mixed playing time, maybe an off-the-field distraction, who knows?

What I do know is that so far this season he is hitting the ball with more power and more consistently. Also, Melvin is not afraid to put him in the middle of the lineup with Tatis still out. Profar can he go? Another 20 HR season might be in the cards for him.

Harrison Bader – He already has 6 steals… whaaaaaaaa [climbs to the top of the nearest tower] ttt the *bleep* is going on here?! He always had mix of some speed and power, but this much speed, wew lad. SAGNOF!

Andrew McCutchen – I was pretty high on him when he signed with the Brewers to DH. Seemed like a match made in heaven. And then I realized the massive splits he has shifted into at this stage in his career. He had over a .100 pt gap in his splits last year favoring LHP matchups and nearly double the SLG to boot. I’m less excited about starting him full time, but licking my chops for LHP days in daily leagues and slates with more than one lefty in weekly leagues.

Josh Naylor – How soon we hath forgotten? Josh Naylor is healthy again and getting many RF reps for the Guardians. Being a LHB, he will most likely take the lion share of the platoon ABs and is starting to swing a hot bat. 2 HR over the last 10 games and hitting .300 is nothing to sneeze at.

CWT is a breakdown of my tiering system for outfielders: is this guy an OF1, OF2 or etc? Anyone not listed is likely a OF5. CW$ is the dollar value to show the relative value of an outfielder to another (now with cents for sense). This again, is loose, I wouldn’t get too hung up on making sense of the cents as it’s meant to guide the tiers. The more important takeaway is the tiers. Do you want a deeper explanation? Go back and check the first week’s post here.

Once again, the individual ranks (and to a degree the dollars) don’t really matter, what’s important are the tiers, and more important than that now—your roster construction. Schwarber may be ahead of Edman; but, if your team needs steals then Edman is worth more to your roster. Any outfielder not listed, consider them tier 5.

Think it may be time to drop O’Neill out of Tier 1. As a TO owner, would def trade him for next 5 guys on list, and Tatis, Schwarber, JRod, Bryant (because of 3B shortage) and Ward as well. He had one very good season last year but his ratios are deplorable as of now. Know it’s early but something looks off

possibly, I did move him down a few spots. Once I get more underperforming data it’ll move the needle more

What the crap do we do with Adell in dynasty? I mean, we have to hold, but do the Angels trade him? #letallthekidsplay

Dynasty, for sure hold. I don’t think its there yet. He is still growing, I saw some big improvements from him at the plate already with him going oppo with 2 strikes etc, there’s growth happening. Maddon is gonna Ward while he’s hot for sure, and so he probably sent Adell down to get ABs to work on more discipline, since despite the growth he’s still not walking much

I guess this is a good problem to have, but I feel like I am overloaded with OF. Based on your rankings, I think I did alright drafting/trading/keeping. 10 Team Keep 13 League Age 10+years
This year I’ve traded Luzardo for Merrifield, Scherzer for Yordan, Straw for Franmil. Snagged Lauer and Miranda off waivers.
Very tight and competitive league. Do you see a combo, 2 for 1 type of package, to maybe offer as an upgrade somewhere?

Thank you in advance!

I’d roll with what you got for now, feels pretty balanced

Can you explain, as a Halo fan, how I should be feeling about Walsh? In my 8 teamer he’s dangerously close to a drop.

In an 8 team league, he’s probably droppable at the moment since Maddon is platooning the hell out of him. He’s gonna be great later once Maddon takes the training wheels off, but for now, in 8-teamer probably plenty of better options

So far this season, you’ve written two fantasy posts — one for Eric Lauer and this one on Taylor Ward. I had picked up both in our RCL and have, in recent days, pulled ahead of your team. Coincidence? I think not … ;-)

Agreed. Only guys you are not getting for Ward are JRod and Schwarber in a trade.

HA. I have them so many other places that RCL is the one i let them slip by. But yes, those 2 are definitely the key to success right now.

I’m not quite ready to move him up to tier 3 based on the possible regression i calculated, but i agree he’s trending in that direction. Once i have more data to offset the regression factor he’ll likely move up there.

Why is Seiya Suzuki not king