In last week’s SAGNOF article, I looked at the state of SBs around the league from a positional standpoint. This week I wanted to dive in more from a draft cost standpoint. In order to do this, I looked at NFBC ADP for the last 30 days and used Steamer projections to find all players who are projected to have 10+ SBs. The chart below shows the number of players by round (NFBC 15 team leagues):

Editor’s Note: Make sure to check out our Razzball Commenter Leagues and sign up for one, two, three, or more!  They are free to play and the overall winner gets a Razzball gift basket.  Play against your fellow commenters, lurkers, and Razzball writers! 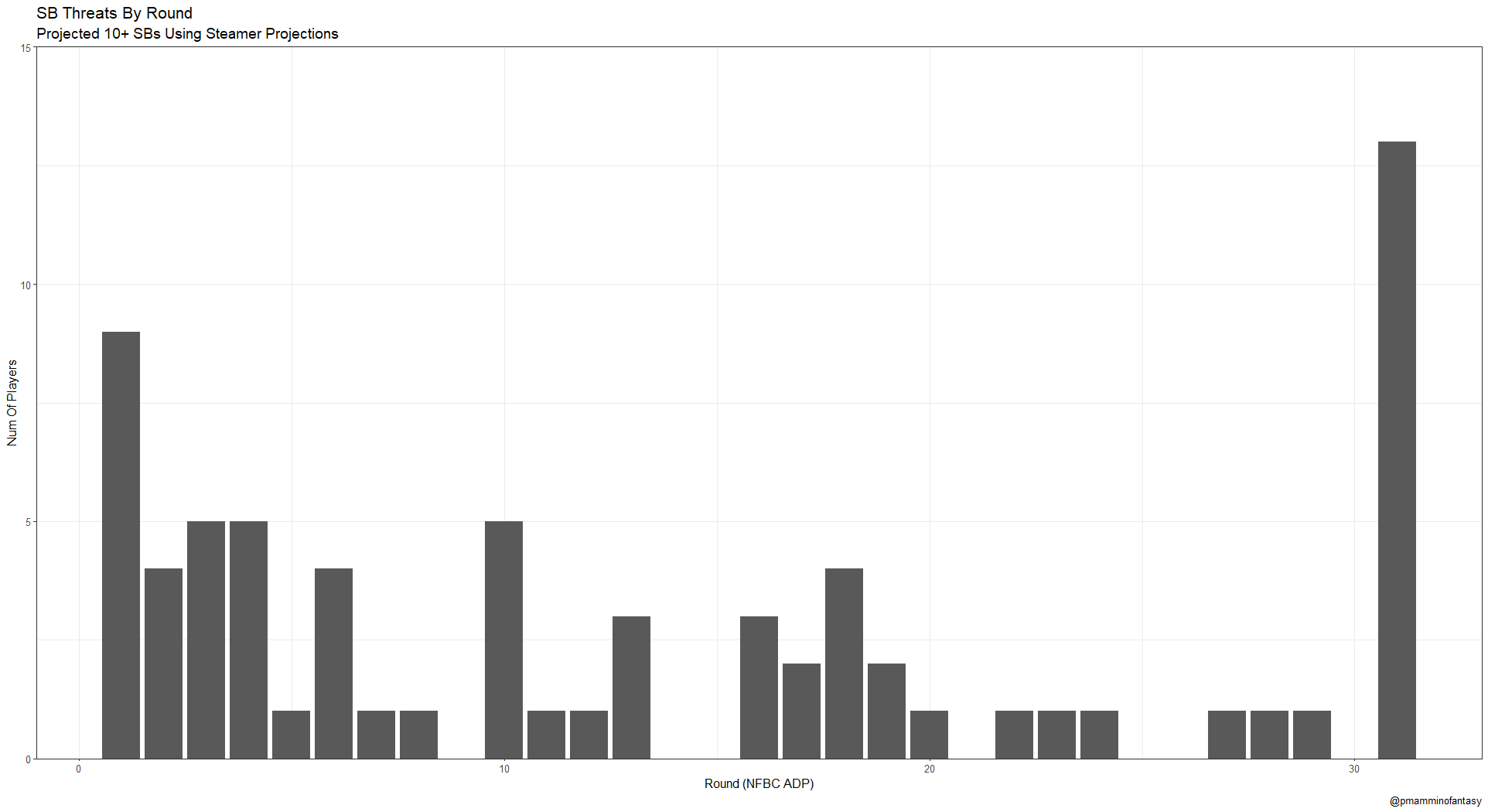 What we see immediately is some interesting trends form. Unsurprisingly, most SB threats can be found in the first 10 rounds and these become more sparse as the draft goes on. “Round 31” is all players drafted outside of the top 450 picks. This all supports what we have heard throughout the community this draft season of “get your SBs early”. As the draft goes on you have fewer and fewer possible SB targets. The trend shows up even more if you change the SB target total to 15+. 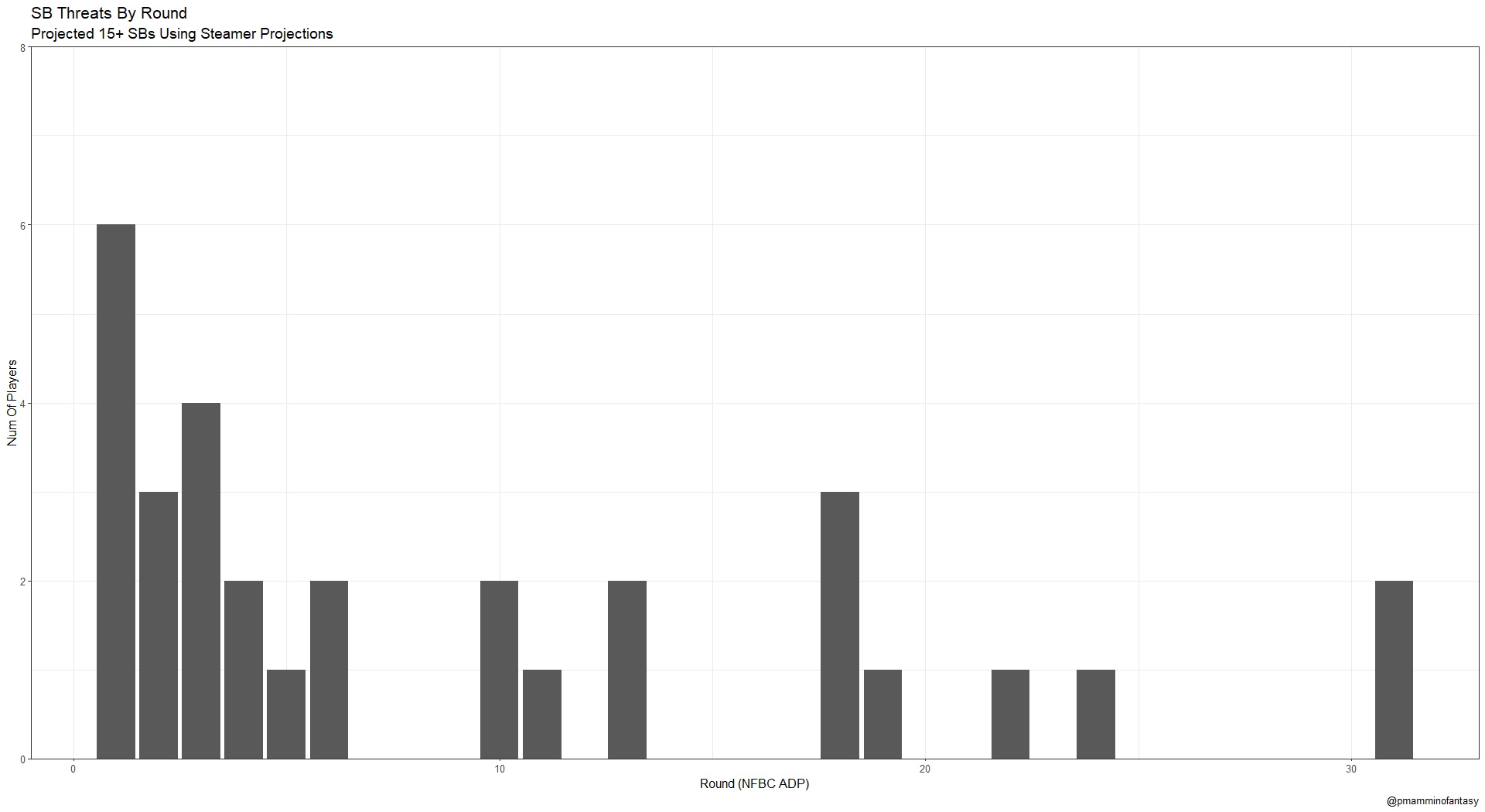 This highlights exactly why we need to be targeting our SBs early, missing out early means you need to be targeting one of the late-round options. However, this severely limits your flexibility in the draft and if someone else beats you to drafting one of these players, then you fall ever further behind. Yet the question is, who are these late-round targets (round 15+) and why are they falling in drafts?