Having Tommy Pham in last week’s article makes me happy. He provided the moment of the season when he slapped Joc Pederson in the face over a fantasy football dispute. That sounds like something from The Onion, but that is something that factually happened! If moments like that don’t make you love baseball, I don’t know what will. With all that said, it was a very successful week for our streamers aside from that bizarre occurrence. Marco Gonzales was the only dud of the bunch, and he still got you a win! We have an excellent read on how these streamers are playing out, so let’s dive into this week’s group!

There are not many pitchers out there who have better advanced statistics than Cobb. The righty has a 6.25 ERA, and 1.55 WHIP in seven starts this season, but he’s been much better than that would indicate. He allowed 13 runs against the Mets and Rockies in his last two starts but pitching in Coors Field is not ideal for anyone. We can look past that and ride his 2.37 xFIP and 28 percent K rate instead. Those are averages you’d usually see from an ace, and it’s just a matter of time before positive regression hits this guy like a big fat corn on the cobb. A matchup in Miami might be the way to get him going, with the Marlins ranked 23rd in runs scored and 27th in K rate. This is The Streamonator’s favorite play of the week, projecting Cobb to provide $14,4 worth of value. 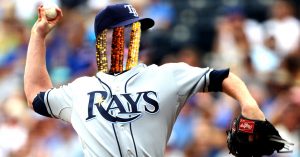 Bundy is one of those guys that always look better than he actually is. That might fool us this week, but he could also develop into one of the best streamers all year. The right-hander has had two nightmare starts this season but has allowed one run or fewer in the other five outings. That’s a microcosm of this guy’s career, with Bundy tallying a 0.75 ERA, 0.88 WHIP and 7.9 K/9 rate in those five gems.

We believe he can add another one of those treasures to his resume in this matchup, with Detroit owning one of the worst lineups in baseball. The Motor City Kitties rank 29th in both OBP and OPS while sitting dead-last in runs scored. We actually had Bundy as one of our streamers last week in the same matchup, and he provided us with six Ks across 5.2 one-run innings!

We rarely have multiple streamers in back-to-back articles, but Brubaker is another guy that’s in a great spot. We had him as a recommendation against the Rockies, and he threw 6.2 scoreless innings. I couldn’t have hoped for anymore, but the numbers tell the whole story. This guy has allowed four runs or fewer in all 10 of his starts this season, collecting a 3.57 ERA, 1.19 WHIP, and 10.2 K/9 rate over his last seven starts.

That’s right on par with his 4.05 xFIP, and we might be seeing a prospect develop into a legitimate MLB arm. Getting to face Arizona is the best part of this, though, with the Diamondbacks ranked 22nd in OBP, 28th in K rate, and 29th in BA. We also don’t mind that JT has better splits at home, with PNC Park presenting itself as one of the best pitcher’s parks in baseball.

Quantrill is creeping up in terms of ownership percentage, but he needs to be owned in every league. The right-hander has allowed four runs or fewer in all eight of his starts this season, going at least six innings in each of his last six starts. You usually only see that from frontline starters, and it appears Cleveland has developed yet another one of those guys. He’s got a 3.61 ERA and 1.23 WHIP for the year, doing that damage against some of the best teams in baseball. Kansas City is far from that, with the Royals ranked 22nd in OBP, 24th in OPS, 25th in wOBA, and 26th in runs scored. Q has killed them throughout his career, too, compiling a 2.83 ERA and 1.15 WHIP in seven appearances opposing them.

Urquidy has been dropped in numerous leagues with his recent struggles, but a 1.05 career WHIP is hard to argue with against this Royals lineup.

Liberatore is the top pitching prospect in St. Louis, and he could have success against one of the worst lineups in baseball after throwing five clean innings on Saturday.

Kirby was picked up in every league after his call-up, but some have soured after some poor performances. We’re still talking about a guy with a 2.34 ERA, 1.03 WHIP, and 28 percent K rate at the minors, and facing Baltimore is not far off in terms of comparable competition. 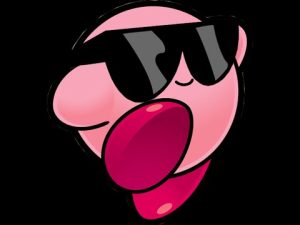 That has earned him the cleanup spot in this lineup, and he should thrive in a place like Coors Field. You might be worried about the matchups with San Fran, but he’s avoiding Carlos Rodon in that four-game set. That means he’ll face Austin Gomber, German Marquez, Ryan Feltner, Alex Wood, Alex Cobb, Jakob Junis, and Logan Webb this week. Webb is the only tough matchup, with Colorado ranked 27th in ERA and San Fran sitting 25th.

Frazier is not necessarily exciting, but this guy is a great bet to score 5-10 runs while providing a .300 AVG this week. That would be amazing from one of your streamers, but Frazier has been that guy for most of his career. He’s been hitting first or third for most of the season, totaling a .293 AVG, .357 OBP, and .753 OPS since the start of last year.

That makes him tough to fade against two of the worst pitching staffs in baseball, with Baltimore ranked 27th in xwOBA while Texas sits 24th in that same statistic. The guys he’ll face include Mike Baumann, Jordan Lyles, Kyle Bradish, Dane Dunning, Glenn Otto, and Martin Perez. Don’t be surprised to see Seattle have a sensational week, with Frazier playing a significant factor in that success.

Contreras is quickly being picked up in leagues across the country! Everyone is looking for the next great catcher, and Contreras might be that guy. Wilson’s brother has been one of the best backstops since going hitless in the opener, providing a .304 AVG, .407 OBP, .804 SLG, and 1.212 OPS over his last 14 games played.

That just earned him every day at-bats starting last week, and he should be picked up with the lack of talent at the catcher position. Playing the Rockies and Diamondbacks on the road is simply a bonus, facing guys like Humberto Castellanos, Madison Bumgarner, Chad Kuhl, Kyle Freeland, Ryan Feltner, and German Marquez. Oh yeah, did we mention he has four games at Coors Field?

It’s tough to play the volume game, but finding a nine-game week is magical. That’s what the Cubs have here, and Wisdom looks like one of the best streamers of the bunch. His raw power is the reason why, providing five homers over his last 11 games played. A .625 SLG in that span is impossible to overlook, especially since Wisdom has a .511 SLG over the final 101 games of last year. All you need is two homers to be one of the best streamers of the week, and that seems like a strong possibility in a nine-game week.

The pitching might look tough on the surface, but he’s facing a Milwaukee team that just lost Brandon Woodruff and Freddy Peralta while encountering a St. Louis club that ranks 22nd in xwOBA. Not to mention, it looks like Patty will face at least four lefties this week, which is scary wince Wisdom has walloped them to the tune of a .605 SLG and .915 OPS this season. 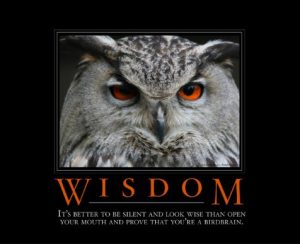 What do you make of this Victor Robles heater?
Is it something?

The Real Joey Bart
Author
Reply to  Don't be a Hader

Yeah I think it is. He’s been terrible for most of his career and I dont see that changing

Great stuff The Real Joey Bart! As a Cobb owner and encouraged today by his QS against Cin, it’s great to see your recommendation of him as the top streamer next week as per The Streamonator. However, I’m having difficulty finding where he is listed based on what you stated. Next week calendar? Next 7 days Total?

It should be Friday I believe.

Thanks for reading and commenting!