Last week’s streamers were full of mixed results. All of the pitchers did ok, but none of them went off. The hitters fell in the same boat, with Garrett Cooper looking like the best pick of the bunch. Recommending a guy to blow up against my Rockies is a double-ended sword but rooting for the Rockies is comparable to using poison ivy as toilet paper. In any case, I’m satisfied with how things played out, and it looks like the process has been on point. With that in mind, let’s kick things off with streamers for this week!

Man, this one could come back to bite me in the ass, but I love this spot for Fedde. Any two-start streamer facing the Pirates and Marlins is a good option because these are two of the worst offenses in baseball. In fact, Pittsburgh ranks 28th in K rate, OBP, runs scored, and wOBA, while Miami also sits in the bottom half in all of those categories.

Fedde has been eating Marlin meat throughout his career, too, allowing two runs or fewer in each of his last seven starts against them, posting a 1.61 ERA, 0.85 WHIP, and 10.9 K/9 rate in four matchups with Miami last year. It’s not like Fedde has been terrible either, allowing four runs or fewer in 10 of his previous 11 starts. His only dud was against the second-highest scoring team in baseball, with Fedde providing a 3.09 ERA in his other nine starts in that span.

We’ve had Singer in this article a ton this season, and he’s developing into one of the best streamers in fantasy baseball. It’s hard to understand why he’s still so widely available, slinging a 3.80 ERA, 1.10 WHIP, and 8.6 K/9 rate since the opener. That even includes a seven-run disaster against Houston, with Singer providing a 2.63 ERA and 1.03 WHIP if you take out that dud.

We’re willing to do that because Detroit is one of the best matchups in baseball. The Motor City Kitties rank 29th in wOBA, OBP, and xwOBA while scoring the fewest runs in baseball. It’s no surprise since Comerica Park is one of the most spacious ballparks in the sport, adding even more intrigue to Singer’s stream. Not to mention, The Streamonator has Brady projected to provide $14.6 worth of value in this sensational spot.

I watched Gray a ton in his days with the Rockies, and it was always clear he’d be good once he left Coors Field. This was one of the top picks in the 2013 draft, and he simply has some of the best stuff around. He’s displayed that recently, registering a 1.45 ERA, 0.86 WHIP, and 10.1 K/9 rate over his last three starts. His stellar form has been going on much longer than that though, totaling a 3.42 ERA, 1.16 WHIP, and 9.7 K/9 rate since May 4. That form is rough news for the Royals, with Kansas City sitting 23rd in OBP, 27th in runs scored, 26th in OPS, and 25th in wOBA. They also have a massive ballpark, and you know Gray loves pitching in those after his nightmarish Coors Field days. 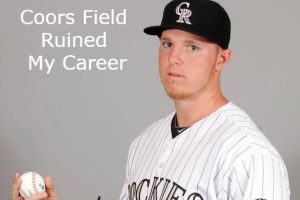 It’s never exciting to use a guy like Marco, but this is one of the safest bets for a quality start. The crafty southpaw has been doing that a ton recently, allowing three runs or fewer in 13 of his 14 starts this season. He’s also got a 3.33 ERA and 1.30 WHIP for the year, throwing at least 6.2 innings in four of his last five starts. That’d be surprising from most players on the waiver wire, but Marco has maintained a 3.59 ERA and 1.15 WHIP since 2020. That large sample size of solid pitching makes him one of the safest streamers of the week.

Gonzales has the best matchup of all of these guys, too, with Oakland ranked 29th or 30th in runs scored, OBP, wOBA, OPS, and xwOBA. That was on full display when Gonzales threw seven two-run innings against them last week. Not to mention, The Streamonator has him projected to provide $12.9 worth of value.

Ashcraft has some of the best stuff in MLB, posting a 3.16 ERA and 1.05 WHIP across his last six starts. That should allow him to cruise against a 24th-ranked Cubs offense.

Dunning has allowed two or fewer runs in nine of his 15 starts this year and should keep that trend going against a rough Royals lineup.

These two have been solid for St. Louis, and both guys should be in line for quality starts against the Marlins.

With how bad the Pirates offense has been, these Milwaukee streamers should cruise this week.

Getting to use any hitters in an eight-game week is a profitable endeavor. This Cleveland offense has been one of the sneakiest in baseball, and we’re talking about the two-hole hitter and five-hole hitter in this sneaky lineup. Rosario has been the more consistent of the two, collecting a .328 AVG, .799 SLG, and seven steals over his last 36 games played. That’s all you can hope for from one of your streamers, particularly in an eight-game week.

Gonzalez has been equally as impressive, providing a .323 AVG, .485 SLG, and .843 OPS since his call-up. His advanced numbers indicate that he should be even better, and some of that positive regression could hit this week. They get to avoid Joe Ryan, Gerrit Cole, and Luis Severino in these two rotations, getting eight games against league-average pitching.

My favorite streamer of the week is Kepler, but I also had to squeeze in Kiriloff. The raw numbers from Kiriloff won’t jump off the page, but it’s hard to overlook his minor league averages. He has a .365 AVG, .466 OBP, .679 SLG, and 1.145 OPS at Triple-A since the start of last season. That alone makes him an intriguing option, but we also don’t mind that he’s earned everyday at-bats as the six-hole hitter in this Twins lineup.

Kepler is the can’t miss play, though, hitting third in this lineup. It’s easy to see why, with Kepler compiling a .336 OBP, .470 SLG, and .806 OPS against righties since 2020. That’s big news since he faces eight of them in this eight-game week! Cleveland is not an easy pitching staff to navigate through, but we’ll discuss how bad Baltimore’s pitching staff is in the subsequent write-up!

Winker is available in 17 of the 31 leagues I play in, and you better believe I’ll be picking him up in as many of those as possible. Yes, I am a degenerate, but I also like to make money! It’s easy to see why he was dropped earlier in the season, but he’s starting to find it now. Seattle decided to move Winker up to the leadoff spot, leading to Jesse amassing a .429 OBP and .922 OPS over his last 21 games. That’s the guy we’ve been waiting for, and it should continue this week when looking at the matchups. 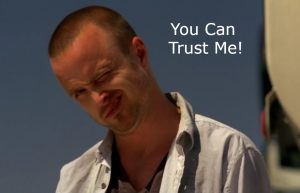 My first time commenting with you, thinking about your post and upcoming week.

On another note, would you drop alex wood, Cobb, flaherty, or Tyler anderson for Blake snell? If so I which order would your drop these guys for snell, first drop to least likely to drop?

Yeah I definitely prefer Winker, unless a suspension is handed down for that nonsense today

The second question is a tough one. I wouldn’t be afraid to drop Cobb for him. That decision might be a lot easier if Flahertys injury is severe

I’d rank them Flaherty, Snell, Anderson, Wood n Cobb. That would obv change depending on Flahertys injury though