This week’s edition of the FAAB Five begins with a pitcher most of us have been waiting for all season, Jack Flaherty. Consensus would lead one to believe that the St. Louis Cardinals pitching prospect will not go cheaply. He has been hyped all season as his domination of the minor leagues have been witnesses by anyone doing a bit of research to win their league. Flaherty has been a top arm in that system for quite some time, and this is a system that is known for the development of top-quality arms. Flaherty joins Adam Wainwright, Carlos Martinez, Michael Wacha, Alex Reyes, and more that have grown and continue to flourish from within the St. Louis ranks. The talent is becoming undeniable after a couple more juicy starts in the majors this past week. Look for him to go for at least 10% of your budget, if still available. Jack Flaherty can be a successful pitcher in the majors right now posting nearly a strikeout per inning, limiting walks, and stepping up for impressive outings like his last performance on May 20th, 7.2 IP with 13 K and only 3 baserunners allowed.

Daniel Palka seems like a perfect AL-Only target until you realize what he’s doing is insanely good. Currently ranked 13th in Brls/PA on Baseball Savant, Palka is hitting the ball incredibly hard. In fact, his last six batted balls tracked above 103 MPH exit velocity. Half of his BBE are 95+ MPH, which is a ratio only achieved by 23 other people, 7 of those players have fewer batted balls than Palka. This outfielder also has some speed attached to the profile. Nothing major, but attaching any stolen bases would be gravy on top of the production he is currently showcasing. The bids can be light with this one as he has continuously been passed over for more intriguing, younger names. This week is the time to snag this underrated, prospect fatigued masher who is already proving to be a necessary fixture in the White Sox lineup.

It is about time we stop ignoring Ryan Yarbrough in fantasy leagues because of the odd ways of the Rays. He has been a useful pitcher when on the mound, and there is never better reason to pick up a player. Yarbrough doesn’t necessarily start games, so quality starts leagues take a discount, but that doesn’t mean he will NEVER start. Plus it doesn’t matter much considering his statistics. In his past three outing, the lefty has relinquished only 3 ER over 18.1 IP with 16 K to 4 BB. It comes down the fact that he is a good pitcher no matter where, or when, Kevin Cash decides to unleash. His cutter used to break in on RHB is looking to be extremely effective, while his changeup is used to drop velocity with a complete opposite break. Do not continue to sleep on Yarbrough. 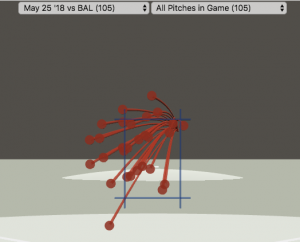 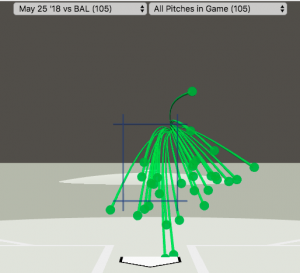 The Atlanta Braves have been in possession of yet another interesting youngster without us even realizing. The 24-year-old is primed to get his first major shot upon the release of Joey Bats. Camargo’s profile isn’t the most exciting. His value lies in the hit tool which has come alive this season. Everything within the plate discipline is worth notice. He has cut his O-Swing% by roughly one third and the same with his SwStr%. Johan Camargo could potentially be a talented hitter with nothing to gain for fantasy purposes. However, the rookie narrative for the past couple years has been that prospects come up to the majors and end up producing more power than ever before. That goal would not be challenging for Camargo who has almost already passed his career high already this season. He is mashing the ball despite a lack of barrels. This pickup could be extremely early on a breakout or just a solid replacement player for injury, but ignoring Camargo is not recommended, with the changes he has displayed.

This week has not been filled with the most exciting names for FAAB bidding. For those in need of a replacement at SS/MI/UTIL, it is easy to overlook someone like Jose Iglesias who has been around for a while doing the same thing season after season. Known mostly for his defense, Iglesias has always been able to bring some contact skills to the table with his bat. This year he is stealing bases to the point that makes him a relevant fantasy player. The Tigers slick-fielding shortstop has matched last year’s total stolen bases in just 185 PA. The playing time will always be there for someone with this kind of defensive prowess. Knowing that the Tigers are letting their guys run this year makes it even more enticing to use Iglesias as a fill-in. If he proves that the steals could be even more impressive as the season goes along, then this may be an early buy on someone providing useful value. At this rate 20+ SB does not seem out of the realm of possibility, and currently, he is only 2 behind Billy Hamilton with 49 more points in AVG.