There was a period of time in my life when I was a brand name snob. It was not a time I am proud of, but it happened. Fortunately, it didn’t last long, as I became woke. Why am I spending more money on something that is essentially for others? F that! I ain’t spending $10 on a Hanes white t-shirt when I can stroll on down to the swap meet and get 5 for $10. My life became more about comfort and utility, which suited me much more. The same concept applies for fantasy baseball. Sometimes, you pay for the name brand and you receive the luxurious benefits. There are times, though, when a swap meet special emerges that performs similarly to a more well-known name. Dylan Bundy is being drafted as the 84th pitcher and 217th overall player in NFBC drafts from 5/1 to 7/5. Steamer has his projections similar to a pitcher that is being selected 50 slots higher and 100 spots in the overall rankings. Let’s dig in.

Well, for starters, he no longer will be pitching for Baltimore, as he was traded to the Los Angeles Angels of Anaheim. Leaving the AL East will be of benefit, as the Yankees and Red Sox were 3rd and 5th in OPS last season. Below are his stats against the other teams in the AL East:

Now, he’s in a division with the Rangers and Mariners, two teams that were top five in strikeouts last season. The Astros and Athletics are very tough, though. Houston was the best team last year in both OPS and strikeouts, while the A’s were top 10 in OPS and sixth-best in strikeouts. Now, with the Covid schedule, the Dodgers, Rockies, and Diamondbacks are all top 15 in OPS, but Bundy will get to face off against the Padres and Giants, who were 26th and 28th respectively in OPS. Finally, Camden Yards was fourth in the league for homeruns, so the move to Angel Stadium will be a welcome one.

When digging through Bundy’s advanced stats, there were two numbers that jumped out to me: the HR/9 and swinging strike rate. Last season, Bundy allowed 1.61 homers per nine. In 2018, that number was 2.15! Steamer has Bundy projected for 1.6 this season, which is fair, but I do think there’s a chance that number comes down. Not having to pitch in the AL East stadiums will help, but when looking at his Statcast page, Bundy is in the 86th percentile of limiting hard contact, 71st percentile for barrel rate, and 85th percentile in fastball spin rate.

The fastball is the interesting piece of the equation. The spin rate is fantastic, but the velocity has been steadily decreasing over the years. When he entered the league, Bundy was touching 100 mph. Now? Under 92 mph, which sucks because he likes to utilize it up-in-the-zone. The adjustment that he’s made is to throw the fastball less. In 2016, Bundy threw the fastball 57.5% of the time. Last season, he threw it 42.7%. The slider is his second-most throw pitch and the curveball is thrown 10% of the time, but the pitch that has seen the biggest increase in usage has been the changeup. Not having to rely solely on the fastball has made Bundy a more complete pitcher.

Which brings me to the swinging strike rate. Last year, it was at 12.8%. That was the 32nd-best mark in all of baseball, tied with Zach Gallen. Whoa. Gallen is being selected as the 31st pitcher and 118th overall player in NFBC drafts. Both pitchers are similar in that they don’t rely on a blazing fastball, but instead use a four-pitch arsenal to keep batters off balance. Here’s the crazy thing. Check out the Steamer projections for both:

This is why I love swap meet specials. They won’t be the most sexy of items, but you can’t beat the cost and they put a smile on the face. 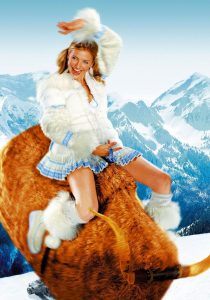