From 2015 to 2017, Chris Archer threw over 200 innings in each season and racked up 252, 233, and 249 strikeouts respectively. Then, he was traded to the Pittsburgh Pirates after the All-Star break in 2018, and was wheeled down into the basement lab of Ray Searage. When he resurfaced, Archer produced the highest xFIP, homerun rate, and walk rate of his career. Hip hip hooray for Ray Searage! Entering the Rona TBD season of 2020, Searage is out and Oscar Marin is in as pitching coach. Is there value with Archer, as he is the 67th starting pitcher and 244th overall player being drafted in NFBC drafts from 3/1/2020 to 4/26/2020?

During the three-year span when Archer was slicing and dicing American League East batters, he was primarily a fastball, slider, and changeup pitcher. So, of course, when Searage got a hand on him in 2018, he broke what was successful and incorporated the sinker/two-seamer into his arsenal. After not throwing the pitch for three years, Archer started throwing it over 10% of the time. Why do you ask? Well, throwing low in the zone and pitching to contact was an organizational philosophy, which neutered both Tyler Glasnow and  Gerrit Cole in the past. Good times.

Last year, the Pirates scrapped the two-seam/sinker after the All-Star break for Archer. Here are the numbers:

To be fair, the sample sizes are both small and divergent, as pre-ASB consisted of 78.2 innings while post-ASB was 41 innings, but still. The numbers are dramatically different. Let’s not forget that Archer still throws his fastball in the 94-95 mph range, and he’s maintained a swinging strike rate above 12% for the past five years. .

The hire of Oscar Marin should be a boon for Archer to return to his markmanship days. As Kevin Gorman of TribLive.com wrote back in February of 2020, “They are using Rapsodo tracking devices for precise looks at pitches and high-speed Edgertonic video cameras for bullpen sessions. They are talking about pitch tunneling-where two different pitches are designed to follow the same trajectory long enough to confuse a batter and keep him guessing-and, more importantly, explaining the analytics.” Marin is going to maximize the abilities for each individual pitcher, not bunch the entire staff onto one cookie-cutter sheet.

Archer once, not-too-long-ago, dominated potent AL East lineups. With a new approach, an increase in confidence, and more familiarity with NL Central batters, there is optimism from a purely between-the-lines persepective. From a fantasy persepective, though, it gets even juicier. Archer is the 95th pitcher and 67th starting pitcher off the board in NFBC drafts. Steamer has him projected for the 35th-best K/9 and 23rd-best total strikeouts among all starting pitchers! That is a spread that gives me googly eyes and makes my mouth salivate like a wolf seeing sheep without a shepard. Both Joe Musgrove and Mitch Keller are being selected ahead of him.

Too much upside for Archer at the price he’s going at. 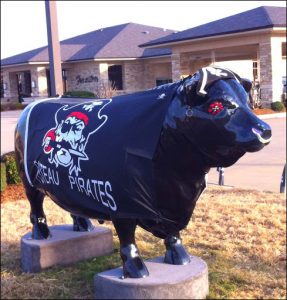