I fulfilled my quota for young, exciting players when I wrote about Keston Hiura last week. Now back to our regularly scheduled program of boring, undervalued players. I liken it to walking into a Baskin Robbins. Ooooohh, 31 flavors. There’s mint chocolate chip, rainbow sherbert, jamoca almond fudge, and cotton candy with their fancy names, colorful skin, and sweet taste. The scooper behind the counter has to dig his/her arm way down into the bucket to mine the deliciousness due to their popularity. But, but, but…..let’s not forget about the vanilla, very berry strawberry, and old fashioned butter pecan. They are boring compared to their more high-profiled brethren, but they get the job done. Which brings me to Jonathan Schoop of the Detroit Tigers. He doesn’t steal a lot of bases or hit for a high average, but he could club 25-30 home runs and is being drafted as the 321st player on average in NFBC drafts from February 1, 2020 to March 2nd, 2020. Scoop Schoop?

Schoop is still only 28 years old, the prime for many players. His struggles in 2018 can be attributed to an oblique injury and getting traded during the season. He ended up batting .233 that season, but still managed to hit 21 homers in 501 plate appearances. Last season, Schoop signed with the Minnesota Twins in the offseason and rebounded by hitting .256 with 23 homers in 464 plate appearances.

He is now the starting second baseman for the Detroit Tigers, is projected to hit fifth in the batting order, and should get all the playing time that he can handle. Steamer has him projected for 136 games played and 557 plate appearances with a slash of .262/.306/.477 and 26 homers, 68 runs, and 79 RBI.

For the 321st player overall, that ain’t bad, yo! Plus, there’s upside on the games played and plate appearances. Projection systems usually go back and average out three years worth of data. For Schoop, that would be 160, 131, and 121 games played. It’s not like he’s some aging, decrepit fossil. He’s not even 30 years old yet, so it’s within the range of outcomes that he plays 150+ games this season. Plus, who’s taking time away from him? Now, the Tigers did sign him to a one-year, $7.5 million contract with bonuses for plate appearances, so they could bust out the shenanigans and be cheap bastards. I don’t think that’s the likely scenario, but it’s possible so it must be mentioned.

Out of all the second basemen, Schoop is projected to hit the seventh-most homers and drive in the ninth-most runs. The batting average is way down the list, but at .262, he’s not killing you. At the point of the draft where you’d be thinking of selecting Schoop, there aren’t many players who offer what Schoop does. Of course, context and roster construction determine everything. If you are short on speed, then Schoop isn’t a viable pick, but if you need some power, then scoop Schoop. 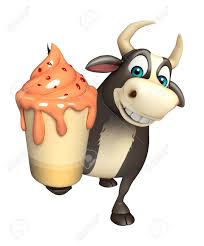