Has anyone noticed the year Derek Holland is having? This is me raising my hand. You can’t see it, but you’ll just have to trust me. I’ve noticed. And I’m sure those in Arlington have noticed. And perhaps even a Derek Holland owner here and there has maybe gotten a whiff of what he’s cooking. Hopefully it’s brisket. I mean, yes, he’s certainly cooking some great pitching stats (3.18 ERA, 8 Wins, 135 K’s) for teams throughout the fantasy baseball universe. But what I’m saying is, why can’t he also be cooking brisket? Furthermore, why am I not cooking brisket? These are all fantastic questions. Does this have anything to do with baseball at all? Fantasy baseball even? No, it doesn’t. So? I’m not even going to bother justifying it. It’s brisket. I should be able to write in a superfluous fashion about that crispy burned concoction of cow breast, slowly cooked with a spicy yet savory rub… Mmmmmmm. Mmmmmmm. Err, you were saying? Derek Holland? Who the ef cares about Derek Holland? Brisket bro.

Besides Yu Darvish, there has not been another Texas pitcher that has held down the fort better than Derek Holland. Brisket? Fort’s? This clearly is a post with a bit of Texas going on. So obviously, let’s talk guns. And cowboy hats. And car balls. (Sorta NSFW? Probably.) I guess we *could* talk about the valiant efforts by Alexi Ogando, Justin Grimm, Nick Tepesch and Martin Perez, who have either been in, or are currently in the Rangers rotation. We could even talk about the recently acquired Matt Garza, who is in the mix, but basically the new kid on the block. But we’re not, because out of all those names, it has been Yu and Holland that have carried fantasy staffs this year. And we already know about Yu. And also you, coincidentally. Not really, but it seemed like the natural next step. Maybe we will one day. Drones are so cool until they’re above your house.

Coming off a 2012 season that saw Derek Holland provide, well, less than, one must wonder, first, what changed, and second, if this change is sustainable. Just to put these two seasons into perspective, let’s quickly go table all over this place.

Did you get any table on your face? Oh, just your hair? Don’t worry, it’ll come out. That concussion? Not so much. You know, table, as in kitchen table… never mind. There are several aspects of that table that are intriguing. Can you tell me which ones? Of course not, because this is not an interactive post. Unless it is, but then that would just be crazy. And we’d be in the future or something. With dragons that have lasers. And you’d be talking to the computer. Stop doing that, it’s weird. The most intriguing numbers are his K/9, HR/9, and HR/FB. In a case like this one, I would eyeball a player’s BABIP almost immediately to try and get a grasp on what’s going on. Would you be surprised to find out that Holland’s BABIP is actually higher this year than last? To the tune of .314 versus .261? Fascinating. How could a pitcher show such a drastic improvement with a worse batting average on balls in play? Simply put, a pitcher could do this by becoming better. All this tells us is that luck has nothing to do with it, or rather, very little to do with it.

Interestingly enough, Derek Holland’s velocity has improved from last season, but not drastically so. In fact, there is only a 0.7 MPH increase. While that theoretically could augment the numbers to a certain extent, the interesting part is that his 93.3 average fastball velocity matches his career number. Okay, you’re right, it wasn’t that interesting. However, I am now less inclined to accept that his fastball speed has any bearing on the situation. So now that we’ve ruled out both luck and velocity, along with the fact that he hasn’t added a new pitch to his repertoire, there are only two places left to go.

And that’s usage and sequencing. No, we won’t be sewing, seeing as how I mentally just went to sequins. I’m sure you can find that sort of thing over in JB Gilpin’s posts. Maybe. I’m just guessing. He seems like he would be a good seamstress, does he not? C’mon, big man, southerner, affinity for pastels and the robust color of eggshell. And all things Ryan Dempster… Anyhow, let’s do another table session up in here to set up my usage and sequins section. Err, sequencing.

There it is folks. Sliders. Wait, no, not sliders. CAN YOU TELL I’M HUNGRY? These kinds of Sliders… no wait, that’s not it either. Trip McNeely! These are the sliders I’m talking about…

When throwing his slider, Holland gets a 25.3 whiff rate, a large improvement from last season’s 19.3% and career rate of 21.3%. Obviously, he knows what the most effective pitch in his arsenal is this year, and he’s throwing it at the right time. In two-strike counts, Holland uses the slider as his hammer pitch 45.5% of the time, something he only did 29.9% previously in his career. And, throwing the slider at an increased rate, and, perhaps more appropriately, throwing the slider in certain situations, has been the primary factor for the year he’s produced thus far.

The lower usage of his curveball has also played a secondary role. In fact, during Holland’s up-and-down career, he was primarily known as a fastball-curveball pitcher. And it just so happens that his curveball is the one most likely to leave the yard. His fourseam fastball ends up a home run 0.99% of the time. His slider? 0.67%. And his changeup has never left the yard. Yet his curveball ends up a home run 3.28% of the time. It’s no wonder how Holland has suppressed his HR/9 to such an extent. Logic dictates if you throw bad pitches less, less bad things will happen. That was me philosophizing. So while he hasn’t added anything to his repertoire, Holland has certainly edited it, and through usage and sequencing, has made adjustments that have achieved more strikeouts and limited the home run ball.

Sometimes, it’s so easy to just assume that luck plays a huge part in profound skill changes. And to be honest, most of the time, it is luck. In the scope of things, 30 or so starts, a full season worth of data, is still technically a small sample size. So to figure out whether or not changes are sustainable, it helps when there is tangible evidence to either confirm or deny what we are seeing is for real or not. 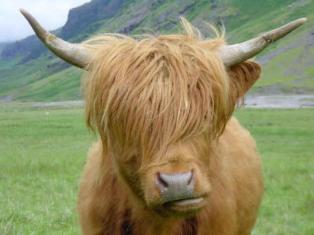