It’s been well documented all draft prep season that the shortstop position is deeeeeeeeeep. So deep that Ron Jeremy has signed up for a Razzball Commenter League for the challenge. So deep that the CEO of CVS has taken offense. So deep that Rodin’s Thinker has asked to be moved into solitary. The top 10 shortstops are all being drafted in the top 45 overall. There are 14 being drafted in the top 100. There are still viable options within the top 200! With a plethora of options, there are so many viable ways to attack drafts and this position in particular. Would double tapping the shortstop and middle infield slots after making William Wallace proud be the way to go? In this scenario, I’m thinking about Paul DeJong and Jean Segura, who are both being selected with the 196th overall pick in NFBC drafts from the start of February. It must be your lucky day, as you get double the content for the price of…..free. Uhh, Grey. I think we need to alter the business model a tad.

As for Segura, there was much optimism when he went from the Mariners to the Phillies before the start of last season. He was being drafted as the 63rd overall player. Those who selected him were disappointed, though, as he only hit 12 homers and stole 10 bases. Talk about overcorrection by the market this year!

In terms of the hitting profile, nothing changed. The walk rate was at 4.9%, right at his career average. The strikeout rate was a low 11.8%. The batting average ticked down to .280, after being .304 and .300 the prior two years, but the BABIP also ticked down to .302 from the .327 and .339 numbers he put up in Seattle. I attribute some of that to the injuries, as he wasn’t able to leg out as many hits. The batted ball profile and plate discipline numbers were close to his career norms. If you want to nitpick, the chase rate did spike up a few percent. Other than that, nothing out of the ordinary.

The one damper to Segura’s situation could be in the batting order placement. Roster Resource currently has him batting 6th in the order right now. Last season, Segura had 358 plate appearances batting second.

DeJong should provide power, while Segura should contribute across-the-board fantasy goodies. Double tapping these two in the 12 to 13 round range could be a viable strategy if you load up at other positions. If you check out Rudy’s Player Rater, Dejong is the 146th overall player, while Segura is 92nd. There’s profit potential to be mined here. Now, remember that everything depends on roster construction and draft dynamics. 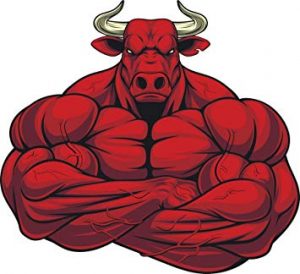