We all know what it’s like to part with a loved one; An ex-girlfriend/boyfriend/wife/husband/lover/sidepiece/sugar daddy/sugar baby, and we know how painful it can truly be. I…I can’t believe I’m saying this…but after much self-reflection the time has come for me to part with my alter ego…Tehol Beddict.

You see, Tehol was the person I wanted to be in real life; peaceful, spiritual, focused on dominance, a total sex-addict, someone who was sought after for advice, and other than the moments I go back to Twitter or when I’m screaming at people in traffic, I honestly feel like I’ve become this person in 2019 (other than the sex-addict part…I’m celibate). Also, my friends and family can’t seem to understand that this is me, as they can’t comprehend why if it was me it wouldn’t say my real name. My freaking father says he can never find my work online, so basically I’m making this maneuver to assist the elder folk. You know, the elderly, though slow, and dangerous behind the wheel, can still serve a purpose, so it’s important we help them out whenever possible. Wonder if he struggles this mightily in searching for porn???

Anyway, most of my old readers have most likely moved on to new writers…who are we kidding! They have been biding their time, strategizing and plotting for my triumphant return,  organizing a masterful battle plan to destroy all who oppose me, and believe me, it melts my heart guys/gals. Say one thing for Tehol…errr, LT, say that he loves his supporters like the children he never wanted. (I almost deleted this 100 times as it’s extremely difficult to say goodbye to the legend, but it’s time to rip the sutures out and bleed my own blood, and festoon the walls of Razzball with it.)

If you have no clue what I’m speaking of, or have no clue who or what I am, prepare yourself for next level savagery, for play around, I do not. Let’s get down to business, shall we? 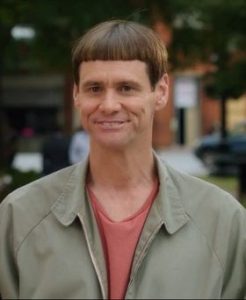 Everyone and their sweet mother is hyping up Aaron Judge this season, which is fine and dandy and tastes like candy, BUT, have we forgotten that Stanton hit FIFTY NINE HOME RUNS the season before last? In that atrociously large and strange Marlins ballpark? With no real protection in the lineup? HOW HAS EVERYONE FORGOTTEN THIS!?!?!?! Tell me, for I must know. New York seems to mess with some players mentally in the beginning and my highly educated guess is that it affected Stanton, which would explain his Kyle Seager-esque numbers. Truly embarrassing, but if I know Giancarlo the way I think I know Giancarlo, he will return to us like the God he was born to be, putting in the time and effort necessary to prove to us once again, that he is the supreme power hitter in baseball.  Even Zeus went through trials and tribulations as a young man; If you’d like me to teach you about these, please sign up for my upcoming seminar on mythological masculinity.

I know what you’re thinking…”L-Teezy, dog, Clamchez hit .186 last season and basically ruined my life. My wife left me and things are so bad around here that I had to jerk off the dog just to feed the cat.” Yikes! Been there, my goodman, been there…BUT we also know that Sanchez was banged up all season, as he took the field for only 89 games, AND WE KNOW that he hit 33 and 90 with a .278 average the season before, AND WE KNOW that he is a young 26 years old, which should put him squarely in his prime, AND WE KNOW he’s in insane lineup that will create a plethora of opportunities for him to explode like a porn star after four cans of tuna, AND WE KNOW he likes to do it doggy style so they can both watch the soccer game, and, well, that has to count for something god dammit. Book it!

Carlos Correa will hit 30 homers and make us forget his embarrassingly pathetic 2018.

Seriously, what was that? In my left ball of balls, truly believed Correa to be a breakout superstar, drafting him in what I believe was the second round in the Razzball “Perts” League. Hey, sort of like Sanchez, he was definitely dealing with a nagging injury all season long, as it was far and away the most pathetic season of baseball of his entire life. Let us not forget that Correa is just 24 years of age and already has one all-star appearance under his belt. Last year, he was a sleeper MVP candidate, and now, this year he can be had at bargain bin basement price. That, my goodmen, is how you win fantasy titles. You have to think outside the box…sort of like…say, Elizabeth Holmes. Fake it till you make it, and by that, I mean, just do whatever Grey and myself tell you do to, until you fully understand what’s happening here. ALTHOUGH, surpassing Grey is beyond the realms of imagination though, so maybe use your brain to use other interesting skills and just let the big dogs handle it. Aaaaaahkay????

Julio Urias will FINALLY break out.

IT HAS BEGUUUUUUUUUN!!!!!! Urias time is upon, and I can’t contain my exuberance! Many of you may have forgotten that this wild stallion was once the most talked about prospect in baseball and he’s still JUST 22 YEARS OLD! Rich Hill is injured (SHOCKER), so Urias will begin the season in the rotation and my guess is that he’ll refuse to give it up. Other than a couple bombs given up, the young God was utterly dominant in spring ball. Again, repeat after me…THIS IS HOW YOU WIN FANTASY TITLES. You must reach on young men like this to ensure they are on your roster and fill in the other parts later and master the art of the waiver wire. In my yoga classes, they refer to me as “Sensei Lo-Well” which is what the “L” in L.T. stands for. I give you my permission to do the same. Namaste.

If you’re anything like me (I suppose most aren’t), then you’ve always been a huge Profar backer and prayed on his return to form after some devastating injuries early in his career. Like the aforementioned Urias, Profar was once a top three prospect in all of baseball; The kind of guy you can’t help but stare at in the locker room. Why can’t we all be showers and growers? It’s not fair, am I right? Profar is beyond blessed and after breaking out with 20 dongs, 70 ribs and 10 steals, Texas decided…to trade him to their division rival? Yes, Rangers management has seemingly been butt chugging ferret water for the past decade, but this  move has me dazed and confused, and I am not speaking of the film, for I have not viewed it. Weird, eh?

Albert Pujos will continue to tarnish is legacy by stealing money and being painful to watch.

Why do we believe in fully guaranteed contracts in any sport? I’ve been on this tip lately and I can’t let it go. Why do we, the peasant fans believe these men are entitled to hundreds of millions of dollars, even when they blow walrus tusk, and totally don’t live up to their end of the deal, and end up hampering the franchise that gave them the deal? Like, how about if you sign a 200 million dollar contract, 100 is guaranteed. IS 100 MILLION MFing DOLLARS ENOUGH!?!!?!?!? I need answers. I need them now. Pujols needs to donate about 90 percent of the money from these last few deals or he should be removed from Hall of Fame consideration. I can’t watch him play the sport without cringing as if I just witnessed my Mom getting downward dogged by Ray-J. ENOUGH IS ENOUGH, ALBERT!

Please retire and do everything in your power to have the Detroit Tigers face full contraction. There is no more unwatchable team in all of sports. Sad.

Michael Conforto will hit 40 homers and be an All-Star.

If you were paying attention for the second half of last season, you may have realized that Conforto was crushing and carrying a fantasy team to glory (Probably not the one that drafted him). If you’re paying attention this spring, you may have noticed that Conforto  piped out five and is fully ready to make the leap. He’s locked in, has superior lineup protection to last season, and in they typical age range when young men fully develop into superstars.

Tis a joke where he’s ranked on all fantasy sites I’ve witnessed. I just drafted him number three overall and I’ll do the same in the Razzball expert league draft Wednesday if it comes down to it. Oh you’d rather take a starting pitcher? My God, grow a pair.

Felix Hernandez will bounce back with a Top-3 finish for the AL Cy Young.

I’m kidding. Clearly. The King is washed and I feel bad he never left when he had the chance. For a pitcher this great to never haven been given a chance to do anything in the playoffs is disturbing on all Shia LaBeouf levels.

Thank you for joining me for what I hope will be the first of countless baseball posts this season. I’ve decided to write full time, and am working on a couple screen plays, but writing here sort of keeps me sharp, plus I love the sport. As always, I appreciate your input on all things; Books, TV, movies, music, etc. Razzball does not have an Instagram page, and since my normal page is a bit out there for most of you, I’m thinking of starting an IG account that focuses more on sports, so if you’re interested in that I’ll have more details next week and offer Grey a Beej to mention it in one of his posts. Hallelujah Hollaback.