Please see our player page for Kyle Crockett to see projections for today, the next 7 days and rest of season as well as stats and gamelogs designed with the fantasy baseball player in mind. 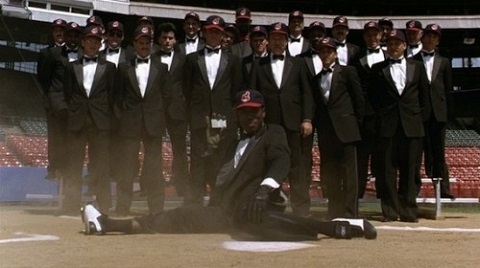 Welcome to the 2016 Razzball Team Previews! You’ll find everything you need to know about each team to get yourself ready for the upcoming fantasy baseball season. And I mean everything, folks. We’ve got line-ups, charts, Slurpees, lube, a guide for beginner electricians, and even a cactus! Well, that’s a lie. That’s what Jay had last year sitting in front of him. This year? Um…a little less lube? Take that as you will. But hey, we’ve got teams to preview and questions to ask, so let’s hop to it. We a very special guest for this post…Matt Lyons, to provide his take on what the team has in store this season. Now enough rambling, let’s see what 2016 holds for the Cleveland Indians!

The Sciosciapath gave Ernesto Frieri the dreaded vote of confidence the other day, so, of course, he wasn’t there when a save presented itself in the 10th inning of a 3-1 game. Cam Bedrosian entered the game with his 10+ ERA. He’s the one guy I would trust less than Frieri, but not to worry, The Sciosciapath had Frieri come in once Bedrosian was in a jam, and Ernesto promptly gave up a grand slam to Nick Swisher, who is batting .200 this year. Joe Smith would seemingly be used to get all future saves, but The Sciosciapath ties his shoes with Crazy Glue and uses the non-pronged side of the fork to eat and thinks Alan Hunter was better than Martha Quinn and once bought Styrofoam peanuts to snack on and his voicemail is “Siri, how do you leave an outgoing voicemail message?” and he thinks arithmetic is the work of witches, so I have no idea where he’s going the next time the Angels have the lead in the ninth. He says they’ll go to a committee, but I’d own Smith. Anyway, here’s what else I saw yesterday in fantasy baseball: