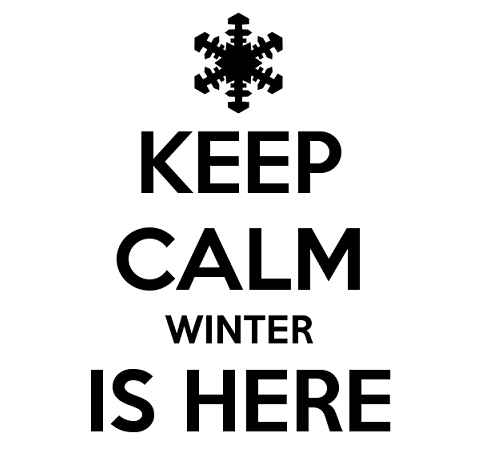 Come, sit with me at the fire pit while we witness Grey, Lord of Light, burn another traitor at the stake. Ahhhh, I love a good BBQ, don’t you? Rudy Gamble, Warden of the Norh, is here, rambling on and on about how statistics show that gelded men are superior warriors. Oh Sky, I’m truly sorry. The theory HAD to be tested. Sending the High Sparrow, Jay Wrong, to bring you up on false charges, imprison you for 2 and ½ months, feeding you gruel, and b*tch slapping you with the ladel every time you got mouthy was a tad over the top, but hey, I’m a King, and am extremely busy. Kind of forgot you were in there. J-FOH, bring me another glass of red wine with a wildfire floater, would you? And no lip this time. I don’t want to have to feed your spleen to the direwolves. Really, J-FOH, you can be quite mouthy. RAAAAAAAAAALPH, by “the 7”, you are a right lackadaisical bastard. Were you touched by a stone man recently, or were you just sucking the pipe with Ser Smokey again? I REQUESTED my armor  removed over 20 minutes ago. Oh, imagined I’d enjoy roasting by the fire, sweating my kingly balls off, did you? Don’t make your King command Grand Maester Mike to lace your milk of the poppy with donkey urine again. That brings to mind the time my Dragon, Dom Brown, the Dread, almost choked to death on the last assassin who dared make an attempt on my life. [As always, Game of Thrones spoilers ahead!]

Greetings! I come to you flaccid and weary after a five day boar hunting/brothel hopping excursion. A nice treat from my loyal subjects, celebrating the fact that Peter King, the first King of the Andals, wrote a blurb on how much he adores Razzball.com. Now, I’m guessing he’s never read Beddict scripture, but who am I to turn down an opportunity to take down the same breed of beast that brought a heartbreaking end to my very dear friend, Robert Baratheon, not to mention unsheathing my long sword a time or two, all while being rip-roaringingly tanked? After Maester Sky closely inspected my unmentionables, giving me what looks like a years supply of penicillin and three anti-itch creams, I remembered I still had work to do! There were many disgraceful performances over this past week or two, the kind of disgraces that make Jorah Mormont’s traitorous ways seem almost acceptable, and if you believe a few “possible” STDs are going to stop me from taking quill to parchment, then good ser’s (and madam’s), you are sadly mistaken. Let us not forget those who shined like a young Rhaegar Targaryen on the battlefield, and may their songs be hummed by children in the Godswood for hundreds of years… If you’ve visited me here before, you know how I do it… every two weeks I’ll be mixing baseball and Game of Thrones. (Jay and I also dedicate a segment to the show on the Fantasy Football Podcast!) Interesting concept, eh? No? You must like the taste of ice cold Valaryian steel, sir! And as always, spoilers ahead!

All hail his Grace, Tehol of House Beddict and House Razzball, first of His Name, King of the Andals and the First Men, Lord of Fantasy Baseball, and Protector of the Realm.

Thank you, thank you. I am honored to sit here before you now, typing away on this astonishingly torturous throne. Though it’s agonizing to ensconce my tantalizingly toned glutes upon this chair forged from the swords of the vanquished, I’d be deceiving you, loyal subjects of Razzball, if I was to inform you that it didn’t put the wenches into the kind of frenzy I’ve only witnessed after a group of aborigines I was adopted by for five memorable years, cut the throats of six dingo’s, and dropped their writhing corpses into the Tasman Sea. [Jay’s Note: What?]

Ah, where to begin… I was a orphan from my birth, in what would have been the 12th year of the reign of our last great and powerful Targaryen King, dumped in an empty stall in the Scribe’s Hearth, where acolytes practiced the art of letters for those who had the need. The course of my entire life was set in stone on that glorious day, when I was discovered by an acolyte who brought me to Archmaester Grey. Grey, who’s rod, mask, and immense c*ck collection were silver, looked upon my squalling grace and announced that I might actually prove of use one day. Grey told me I was destined to become the greatest man thong model in our world’s history, and then, after traveling the world, flexing my cheeks for money that was beyond my wildest dreams, and sleeping with countless D-list celebrities, I would return to the house of Razzball to put my finest talent to use: Mixing fantasy baseball with quotes from Game Of Thrones, otherwise known as the greatest show in the history of the universe. [Jay’s Note: Eh…] Many other websites write multiple posts on this show, but none have the background to answer all your questions. Any fool can watch the TV show and do an episode recap, but only a true legends read the entire series in two weeks, devouring the history of the GOT world like Kardashians do rapper “D”. If you haven’t read these fascinating stories, or at the very least, watched the show, fear not, for I won’t look down upon you like peasants. Though, I will pity you, for the plain and simple truth that you’re omitting the greatest story ever told from your lives, and it pains me deeply to see you go down this treacherous and lonely path. Spoiler alerts ahead…