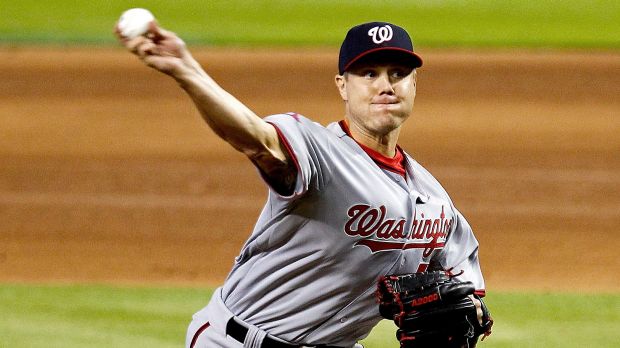 Maybe the worst thing to happen on the trade deadline was something that didn’t happen.  Carter Capps to the Yankees would have been stupendous.  I wanted to see the media and baseball people lose their mind over Capps’ delivery and I think that’s exactly what would have happened had he ended up there.  But the thing that really has fantasy baseball managers in a tizzy is Jonathan Papelbon to the Washington Nationals.  As their closer.  (Yeah this old news, Grey and Smokey already beat me to Paplebon/Nationals puns.  Whatever.)  Drew Storen, Tyler Clippard, Joakim Soria and Jim Johnson are out of their closing job but jobs were created in the form of Ken Giles, Edward Mujica, Alex Wilson, and Arodys Vizcaino.  Now some of us might still be scrambling for players that can get some saves.  Well the Rockies have a closer spot up for grabs.  It sure took long enough, but this is something I’ve been saying would happen since Axford took that role.  Justin Miller, Rafael Betancourt, and Tommy Kahnle are the candidates to close there and that’s the order I would own them in.

I put Justin Miller ahead of the other two because, although he’s barely pitched this year, he’s been way better so far.  Betancourt and Kahnle have been pretty poor.  When holding players that may or may not become the closer I always recommend you go with the ones who will help your ERA, WHIP and Ks while you hold them, assuming their chances to become the closer are roughly equal.  Miller is just(in) the guy that fits that description.

Detroit traded away Joakim Soria to Pittsburgh and now Alex Wilson looks like the closer but manager Brad Ausmus has stated that Blaine Hardy could see Save chances as well.  Wilson has two things going for him that put him way ahead of Hardy:  The only save since Soria’s departure and much better season to date stats.  Wilson is a low strikeout reliever but he also hardly ever issues a free pass, so his K:BB ratio is sitting at 33:8 in 56.1 innings pitched.  Hardy can be picked up in deeper leagues but in 12 team leagues I think you’d have to be pretty desperate.

SAGNOF hero A.J. Ramos had a terrible week so now we are right to ask if his job is secure.  Yes would seem to be the answer.  It certainly helps that Carter Capps has some sort of undisclosed/ undetermined elbow injury.  Yikes.  I hope everything checks out for Capps and if it does he’s (still) a must own right now in 12 team leagues.  I’d consider Mike Dunn the next, next in line and he’s looking like a good temporary acquisition in deeper leagues.  Temporary meaning until we find out what’s going on with Capps and until Ramos seems secure again.

The Cubs situation could be described as closer by committee but it’s more accurately described as “closer until falter”.  Which means Jason Motte has faltered and Hector Rondon is back as the closer.  He was only ever dropped in shallower leagues, where he should be scooped back up immediately.  Rafael Soriano does not yet appear to be a candidate to close games for Chicago.

Jeurys Familia has had another troubling week for the Mets and it wouldn’t be surprising to see Tyler Clippard named the closer.  Odds that happens within the week?  I’ll say 25%, which means Clippard gives you a better chance than just about any other next in line right now.

SAGNOF Recommendations for Saves:  Alex Wilson, Arodys Vizcaino, Edward Mujica, Tyler Clippard, Justin Miller, Blaine Hardy, Rafael Betancourt, Tommy Kahnle, and Mike Dunn.  I know the first three are already owned in RCLs and other 12 team leagues but this also serves as a rankings so I’m putting them out there for that reason as well.  Drew Storen is worth owning for a team that isn’t saves needy because he’ll be good for K, ERA, WHIP and hopefully a couple Ws.

Steals Ain’t Got No Face: Maybe I’m not doing it right or maybe there just aren’t many new names for Steals Ain’t Got No Face.  That’s why instead of any new recommendations I’ve got some notes and a reminder:   Razzball has a tool that that can help you find the best matchups for stolen bases and I think that exploiting matchups is probably the biggest edge you can give yourself, especially this late in the season.  The notes go something like this:  Jose Peraza was traded to the Dodgers which I suspect may endanger his chances of being a roster expansion call up and even if he is it might be as a pinch runner.   Of my recent recommendations Aaron Hicks is the one that has really made an impact and I really hope some of you picked him up and started him through that hot stretch.  I did, in my home league (10-team OPB).  Repeating those previous recommendations:  Aaron Hicks, Nori Aoki, Alex Rios, Rajai Davis…

Fantasy Football: I also want to take this space, as J-FOH and others here have done (just like for Papelbon, I’m late again!), to remind you that the Razzball football site is something you’ll want to look at for your fantasy football advice.  Jay runs that show and he’s got some quality content going up pretty regularly.  Also, he likes my SAGNOF content well enough that he asked me to join the others writing there.  (Thanks Jay!)  Color me flattered.  By the way, he’ll have signups for RCLs (Razzball Commenter Leagues, football edition) soon-ish.