I went glamping last week with a few families from my son’s school. Yes, your Son is the son of a Son and has a son himself. We decided to split up meal duty so my wife decided to make a shrimp boil. Whatever the opposite of Top Chef is, that is me so bear with my forthcoming description. Boil water. Sprinkle in the seasoning with some leaves of some kind. Insert corn, potatoes, lemon, and sausages. Let it marinate and percolate then toss in the shrimp at the end. Open the lid, free the steam, then chow down. Mmm, mmm, mmmm. Delicioso. Luis Urias is a “shrimp” at 5′ 9″ and 186 pounds but he’s been all meat, potatoes, corn, lemon, and whatever else you want to throw in this season. In 346 plate appearances, he has 13 home runs, 47 runs, 45 RBI, and five stolen bases. He’s been added in 13.8% of ESPN leagues. Will the pot continue to produce a heavenly mixture or will there just be shrimp left?

Urias is 24 years old and signed with the San Diego Padres as an international free agent in 2013. Early in his career, he was a high-average, excellent plate discipline hitter with a little speed and very little pop. The walk rate was in the 7% to 11% range while the strikeout rate was a paltry 6% to 8%. The batting average was often above .300 and he had highs of five home runs and 10 stolen bases in a season.

Around the 2018 season, the profile started to change a bit. He started being more aggressive at the plate and allowed for more strikeouts in order to generate power. The batting average remained in the .290 area but the strikeout rate increased to 20.5% while the ISO spiked to .151. The pull percentage climbed above 40% for the first time in his career and the GB/FB rate went to 1.67 after being above 2 and close to 3 for much of his minor league career.

So, while there have been glimpses that Urias has plenty of meat and potatoes, there are also hints of unsustainability.

When looking at the plate discipline numbers, the aggression immediately stands out. While the overall swing rate is up from 40.6% to 46%, he’s swinging at 69.3% of pitches in the strike zone after being at 56.7% last season. The swinging-strike rate has increased from 7.4% to 9.9% but the contact rates are near career averages.

I always like this type of profile from a hitter. I do wish the batting average was more robust but it is what it is. One of my worries was that pitchers would start pitching him more away due to his pull tendencies, but looking at the heat maps, some of his most robust zones are away. Another worry I have is the return of Kolten Wong to the lineup. With Wong out, Urias was batting leadoff. With Wong, he often bats towards the bottom of the lineup. Looking at the splits, though, in 53 plate appearances batting 7th, he has 16 hits, four of which are home runs, and a .348 batting average. Batting 8th isn’t so good as the average is .172 in 73 plate appearances. It sucks batting in front of the pitcher. As a leadoff hitter, he has 27 hits (five home runs) in 125 plate appearances.

Urias is not going to wow you in any category but he can contribute a little something something in all. He’s a viable replacement if you are hurting at second base and there is more allure due to his multi-position eligibility. 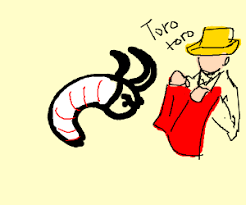