Billy Bob was gracefully galloping across the Texas plains, chasing that magnificent butterfly he had seen five minutes earlier. The sun was blazing, the wind was lazy, and the CV-19 was raging, but all Billy Bob could think of was calibrating his senses so that when he swung his net in the air, the butterfly would be his. But then…………..aaaaaaaaaahhhhhhhhhhhhhhhhhhhhhhhhhhhhhhhhhhhh. He was oblivious to the human-sized sinkhole and fell feet first for what seemed like hours, but in reality was just a few seconds. After gravity was defeated by the floor, Billy Bob ended up in a cavern about 10 x 10 x 10. In the middle stood a stand with a book placed on top of it. Billy Bob got up, shook the dirt off his clothes, and proceeded to inspect: The Book of Isiah. Intrigued, Billy Bob turned the page. Isiah Kiner-Falefa, 24 years old, 5′ 10″ and 176 pounds. Meh. .238/.299/.322 slash with 1 home run and 3 stolen bases in 222 plate appearances last season. MEH. About to shake his fists and curse the gods, Billy Bob then turned one more page: .378/.410/.757 slash with 4 home runs in 39 plate appearances during Spring Training. Maybe Kiner-Falefa was a caterpiller and is now ready to transform. Did Billy Bob find his buttefly after all?

Kiner-Falefa never showed much power during his minor league career, topping out at 5 home runs in a season, and having an ISO above .100 just twice. He did, however, steal 17 bases in 2017 and never had a strikeout rate above 16%. His main allure, though, was the ability to play multiple positions. When he finally arrived to the Bigs in 2018, he played catcher, third base, shortstop, and second base.

In 2019, the sole focus was on being the backup catcher, although he did play some third base. He bulked up in order to prepare for the rigors of catching. That did not go so well. A finger injury during June also messed with his season, but catching was not to be. You see it often, when young catchers struggle at the plate because they are overwhelmed with calling a game, managing pitchers, etc.

Entering 2020, the Rangers decided to scrap catching from Kiner-Falefa’s plate. As a result, he changed his body again and cut around 5% of body fat. *Best shape of my life!* We hear it time and time again, and I hate falling for the banana-in-the-tailpipe, but the improved body along with the mental release of not having to perform all the nuances of the catching position will be a positive. And it’s shown already with the gaudy Spring Training stats.

But small sample size, Son! True, true, but you guys know that I’m always looking for a tangible thing to explain an increase in performance. Well, how about this?

This might be absolutely nothing, but I couldn’t help but notice the more closed stance Isiah Kiner-Falefa is using. Know who it more resembles now? @MikeyY626. And he’s killing the ball in Spring Training with swings I’ve not often seen from him in the past. pic.twitter.com/0jE7Q9lcve

That’s a pretty stark difference. In an article with T. R. Sullivan of MLB.com, Kiner-Falefa said, “I always felt I could hit, but it was a lot harder to time the ball when I was open. I pretty much had to be perfect. Now when the pitcher comes at me, I can just fire my legs. Now that I am square, I am ready.”

Now, he will likely be a utility player, which isn’t bad by itself, especially since he already has catcher and third base eligibility, with the possibility for more. The real upside, though, is if he earns a starting role. There have been multiple outlets speculating that Kiner-Falefa could win the starting third base job. His defense is very good and he’d be the best defensive third baseman on the roster. The team did sign Todd Frazier, but he could play first base. Much depends on how Ronald Guzman and Greg Bird pan out. The Rangers could also employ a platoon at first base, as Frazier is a career .234 against righties and the OPS plummets almost .200 points.

In NFBC drafts from 2/1 to 3/16, Kiner-Falefa is being drafted as the 596th player on average. He’s free, even in 2-catcher leagues. Draft him with your last pick. If he gets the starting role, then Yahtzee! If not, at worst you have a utility player with catcher eligibility or you can straight drop him for someone else. But, but, but…..what if the new changes to his stance are real? What if the eradication of the mental toll from catching frees him to do great things? What if he gets the starting role and accrues the most plate appearances for a catcher-eligible player? No risk with too much reward for me to ignore. 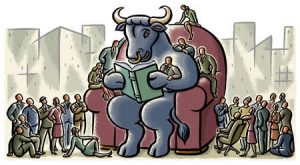 Lol. Well done, but I prefer:

Falefree, A Helping Hand For Stats

New title: Falafel Is No PITA

Or maybe You Won’t Find Falafel Being A PITA

Yes, we must lab together and figure it out during these trying times. Damn, Grey. You making me hungry with all this pita talk

I know, I’m about to learn how to make some

Nice. Throw some my way when you done. Peoples would either think that manna is faking from the sky or alien ships are attacking earth. Either way, good time

Yes! Because he ain’t flat

He flattens the curve

Send him into the COVID-19 infested streets then!!!!

My new favorite insult, go stand within six feet of someone!

Between Bernie’s Sandersinstas and Biden’s Beaus?

Lol. You are too good, Grey.

Too bad there is no gang named Yang

I wrote in your name, so as long as anyone’s Son wins, I win

Yes, all your bases are covered unless the time for the first woman president is upon us

That would be sad

Lol. True, because he has not risen yet

Thoughts on this 12 teamer where saves and holds are separate cats. I loaded up on RP to see how things shake out.

Like your outfield and starting staff a lot. Think you’re weak at 1st (I’m not a DJ believer) and speed could be an issue. Separate saves and holds cats is interesting. Getting all the Rays guys seems ideal in that scenario. You did get Diego so that’s good.

1Btotally got away from me. Big run early On that position had me miss Abreau in particular as I was looking for “steady”. Might be able to trade DJ and an arm for a stud corner. Hmmm, stay tuned.

My posts/questions are not showing up. This is Trader SON. Hope I am not blacklisted lol.

Will use different log on to test. Thanks for all your help in hoops.

Sup, Trader! It was my pleasure. I was looking forward to living vicariously through you for your championship run!

Let’s give ourselves 1/2 chips!

We get an A for effort, but the only chips we get are from the bag in the pantry

SON, hope you can help me in baseball as much as you did in hoops. You were awesome.My team in a 12 teamer listed below. Saves and holds are separate cats. Loaded up on RP late for flexibility.

Thanks, Trader! I hope so too. There are so many smart baseball writers at Razzball, with the Grand Puba himself, Grey, at the top, so you should dominate your leagues.

Lol. Just realized this was a delayed question. Whatever.

thehombre inquiring about this hombre and looking forward to the next hombre. I respect it.

As for the Kelly question, it depends on how you view the catcher position and league context. In a 1-catcher league, i’d take the chance for sure, as I don’t really care about the position and can find another on the wire.

Kelly has a higher floor for sure, but IKF has a higher ceiling. If you want the secure 400 plate appearances, then Kelly. If you don’t mind opening door number two, where there is a chance for utility role and sub-200 PAs, then IKF.

-From Rick and Morty