Let’s get something out of the way right now. This is the toughest time of the season to pick up streamers for a couple of reasons. The first reason is the fact that every competitive team in your league is doing the same thing. People who are this deep into the season are inevitably going to stream just like you, and it makes the pickings extremely thin. What makes it even tougher is the fact that many of these streamers have weird workloads right now. Some of them are being pushed back and scratched, while others are being held to abbreviated three-inning outings. That drives us nuts because it’s something we can’t predict, and it’s honestly only going to get worse from here on out. With that in mind, let’s hope none of these guys find themselves in that spot!

I actually had Touki as my Rookie of the Year pick two years ago, and that’s a good indicator of how we can be too high, too early on many of these prospects. Last season, the flame-throwing righty struggled to an 8.88 ERA but has bounced back big time with a 4.11 ERA, 1.24 WHIP, and 8.7 K/9 rate. If it weren’t for one ugly start against a stout Brewers team, Touki would be tallying a 2.95 ERA and 1.15 WHIP. That’s a brilliant 10-game sample size that includes a Coors Field dud, and he gets the benefit of facing that team on the road here.

Despite the Rockies ranking near the top of many of the home splits, they’ve been beyond terrible on the road. In fact, they rank bottom-5 in wOBA, OBP, OPS, xwOBA, and K rate on the road this season. That likely won’t get any better here, with Touki likely entering this matchup as a -250 favorite as well. The San Fran matchup is actually a tough one, but throwing in one of the most pitcher-friendly ballparks should allow him to flirt with a quality start. 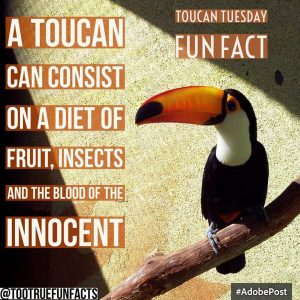 This is probably the safest two-start streamer of the week, with Odorizzi lining up with two horrific offenses. Let’s kick things off by talking about those, with Texas ranked 29th or 30th in OBP, wOBA, and runs scored. Arizona really isn’t much better, with the Diamondbacks digging their way to 25th in wOBA, 29th in xwOBA, 24th in runs scored, and 26th in OPS.

That means Odorizzi is a heavy favorite to land two victories, which could be a huge boost at this time of the season. We think he can win both of these because Odorizzi is a trusted pitcher who will easily go five innings in both. We say that because he’s reached that total in each of his last six starts, generating a 2.90 ERA, 1.23 WHIP, and 8.1 K/9 rate in that stretch. If he maintains those averages in these majestic matchups, Odorizzi will be one of the streamers of the week. The Streamonator likes Odorizzi, too, projecting him to provide $10 worth of value.

This one is a little bit of a question mark since we’re unsure of Nolin’s suspension status, but we absolutely love him if he notches these two starts. The easy reason is the fact that he might have the two best matchups in baseball. We already talked about what a calamity Colorado is on the road, and they’re not getting better anytime soon. Miami might be even worse no matter the splits, ranked 28th in wOBA, 29th in OBP, and dead-last in xwOBA.

We’d use Jimmy from the Great Lakes Little team in matchups like these, and Nolin is certainly better than that little guy. In fact, Sean has allowed four runs or fewer in each of his last four starts, generating a 4.40 ERA and 8.8 K/9 rate over his last three outings. That’s by no means anything special, but it makes him plenty useful in such tasty matchups.

UPDATE: Nolin has dropped his appeal, and it looks like he’ll be good for one of these starts. We still like him no matter which team it is.

The Rays continue to get it done with these random pitchers, but Patino has developed into one of their best ones. Patino has pitched to a 4.65 ERA, 1.35 WHIP, and 9.2 K/9 rate despite allowing five runs or more on five different occasions. Those numbers don’t jump off the page, but 4.33 xERA is a better indicator of how good this guy can be. The reason we love him this week is that he gets a home start against the Tigers. That means he’ll be at least a -200 favorite against a club that ranks 28th in K rate and 20th in OBP. This guy has been way more comfortable in that Wearhouse Tampa plays at, too, accumulating a 2.91 ERA and 1.15 WHIP there this season.

What a boring name this guy has! I mean, Joe Ryan? For Real? Anyway, this pitcher’s game way outperforms his name, developing as the Twins’ best arm in his first month with the team. Through his first two starts, Ryan registered a 2.25 ERA and 0.42 WHIP. We’d usually chalk that up to a small sample size but a 3.41 ERA, 0.79 WHIP, and 13.8 K/9 rate at Triple-A is nothing to scoff at. Those are truly absurd averages, and it looks like he’s going to limit hard contact no matter the level. That should be easy to duplicate against Cleveland, with the Indians ranked 25th in OBP, 20th in OPS, and 19th in runs scored.

This dude could not find the strike zone in his last outing, but it’s actually a testament to how good his stuff can be at times. He actually recorded seven walks in that disaster against Toronto, bringing his season averages to a 1.42 ERA and 1.26 WHIP. All of that means that his rare stinker on Wednesday is the outlier of the bunch, with Gil going 15.2 scoreless innings to kick off his season. One of those happened to come against Baltimore, shutting them out across six scoreless innings. That’s really no surprise when you see that they rank 27th in OBP and 23rd in wOBA. The Streamonator loves our assessment on Gil, giving him a $14.8 projection for the week.

How does Milwaukee do it? They continue to churn out these brilliant starters one after another, and it looks like Houser is the next breakout of the bunch. Amazingly, Houser has allowed zero runs in five of his last seven outings, providing a 1.47 ERA and 0.93 WHIP in that span. He mostly had good matchups in that stretch, but this could be the best one of all. The Cubs traded away every good hitter they had at the trade deadline and now rank 24th in OBP, 27th in xwOBA, and dead-last in K rate. Many of those horrific averages include those studs, and it’s scary to think how bad this lineup looks now.

Dick Mountain just keeps churning out good outings, and he should do just fine with two home starts against suspect offenses.

Cabrera has been terrible in his first few starts, but his potential makes him an intriguing streamer against a Pirates team that ranks dead-last in numerous offensive categories.

Wacha is starting to find it! He’s got a 3.10 ERA, 0.93 WHIP, and 12.4 K/9 rate over his last four starts and gets all the same benefits as Patino in that home start against the Motor City Kitties.

Would you start Yu Darvish today? Appreciate your advice on Gill. I was unsure.

Oof, Darvish sucked again. Sorry about that man, this time of the year can be tough

Hey Martin, I wouldn’t do either of those. Don’t trust them

Would you take the Pirates Dillon Peters or the Cards’Jake Woodford off waivers or pass?

If you said yes, then who would you cut: Luis Gil, Luis Patino or Taujuan Walker?