I was famished. I had just written 10,000 words on why this column is named Bear or Bull. The joints in my fingers were popping due to the self-induced arthritis. I was staring at the computer monitor so long that my glasses absorbed so much light that oncoming drivers became disoriented as I screwed with their depth perception while walking on the sidewalk. As I opened the door to my local Mexican restaurant, the intoxicating smell transformed me into Pepe Le Pew as I floated to the front counter. Wolfing the tacos down, I thought to myself, “This is heaven. I’ve never tasted anything so delicious in my life before,” even though I had been there last Friday, and the Friday before, and the Friday before that, and every Friday for the past two years. Sometimes, things just hit the spot better or worse, depending on a confluence of factors. The same thing goes for fantasy baseball. Dylan Bundy was great in 65.2 innings last season during his first season with the Angels. This year? Not so good. He’s the 629th player on the Razzball Player Rater and has been dropped in 16.7% of ESPN leagues.

Bundy is 28 years old, 6′ 1″, and 225 pounds. The Orioles selected him with the fourth overall pick in the 2011 MLB draft. Injuries defined his early career as he had Tommy John surgery in 2013 and missed significant time in 2015 with calcification in the shoulder region.

When he arrived in Anaheim last season, an improvement was expected due to leaving the brutal AL East, and that’s what happened. The K/9 spiked to 9.87 while the FIP was sub-3 for the first time in his career. He had some luck, though, as the BABIP was .272 and the HR/9 was 0.69. Not having to face the Yankees, Red Sox, and Rays certainly helped.

This is actually encouraging to me because the struggles could be attributed to a change in approach from batters. Something that can be countered fairly easily.

Let’s check out the Statcast data.

The way that I interpret all this data is that batters are being more aggressive while Bundy has been missing his spots more, resulting in more bad outcomes for him. Once he makes the adjustment and finds his groove, he should be able to induce more soft contact and/or swings and misses.

Two other pieces of data that give me some optimism are the LOB% and opponents he’s faced up to this point. The LOB% is 57.2%, way below the 71.6% career rate. Some good fortune should come his way in that department. As for the opponents, he’s faced BOS, LAD, SEA, HOU, TEX, KCR, HOU, and CHW. Five of those teams are top 10 in ISO against right-handed pitching.

Bundy needs to make some adjustments to the adjustments, which I feel confident that he will do. 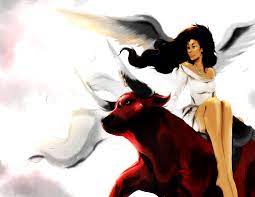 Just traded him for Snell so I hope they both are I guess…..

I think so. I hope so. If it isn’t, just turn it upside down.

Hi Son. I’ve had my eye on Bundy for a few weeks now but don’t want to make a offer for him just yet. What level player would be a good trade for him. I was thinking Wood since he can’t get much better and Bundy no worse. Maybe I’ll just hold for another start and see. Thanks

I’m okay with waiting. He gets MIN next. MIN is 26th in strikeouts and 7th in ISO against RHP. As for caliber of pitcher, you’re trying to buy low so it all depends on the perspective of the seller. I’d be fine moving Wood for him

So looking at this offer to him. My Wood and Avisail Garcia for his Bundy and Randal Grichuk. Looks fair

Good stuff, Son. The thing that has stood out to me watching him live has been his command. He’s been missing corners by inches and not getting as many early strikes. that’s probably leading to later pitches being more predictable, and that elevated HR rate.

That was my thinking was as well. Good to get confirmation from boots on the ground.