Sometimes an intro just isn’t necessary, and occasionally a picture really is worth 100 words: 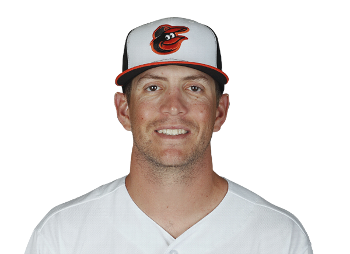 Featuring a face not even his mother could love is this week’s Creeper, Colby Rasmus. Owned in 38% of ESPN leagues and 31% of Yahoo leagues, Rasmus and the Blue Jays are slated for six games in week 9, all at the Rogers Centre, with five of those coming against right-handed pitchers. The Stadium Formerly Known as the Skydome is very generous when it comes to extra base hits, StatCorner rating it with LHB park factors of 108, 130, and 114 for 2B, 3B, and HR respectively (league average = 100). As one could imagine, the artificial turf that helps with doubles and triples also hurts a bit with infield base hits. I’m not just saying that because it sounds like it makes sense; StatCorner and Fangraphs both place Rogers at the bottom of the league for singles. Rasmus has yet to reap the rewards of playing his home games in Toronto, hitting .173 with 1 HR at home while a member of the Blue Jays, but those numbers have been accrued in only 127 AB. One homestand against friendly pitching could paper those numbers over rather easily.

Fortunately for Colby, he’s the beneficiary of some favorable matchups in week 9. Unlike his struggles against same-handed pitching (career OPS of .651 vs. lefties), Rasmus has done pretty well hitting opposite-handed pitching, compiling a .260 AVG with 47 HR in 1177 career AB. Tommy Hunter and Jake Arrieta have both shown an inability to get lefties out, Arrieta sporting a BB/9 rate of 4.85 and allowing a .280 AVG and 27 HR in only 148.1 career IP. Hunter hasn’t fared any better, getting hammered to the tune of a .290 AVG and 40 HR in 201 innings. Jason Hammel’s increased usage of his two-seam fastball and slider has worked wonders for him thus far, leading to career highs in groundballs and strikeouts. Like previous seasons, though, Hammel has struck out, walked and surrendered home runs to LHB at greater rates than he has RHB. The Red Sox look to provide an equally bountiful opportunity for Rasmus. Left-handed batters have slapped Clay Buchholz around to the tune of a .941 OPS and .415 wOBA – it’s as if CarGo or Adam Dunn were facing Buchholz. Every at-bat. Yikes. Daniel Bard has walked more lefties than he’s struck out this season, and has displayed a similar pattern throughout his career.

Should Kelly Johnson miss any more time this week, batting second in front of Jose Bautista and Edwin Encarnacion will provide more run scoring potential for Rasmus. Even near the bottom of the order, owners looking for production out of their 5th OF or U slot would do well in picking up Rasmus and enjoying the generous matchups he faces this week.