Back to the curveball, as that seems to be the likely culprit for Davis’s struggles. To my surprise, the curveball has been his best pitch. He’s thrown it 107 times and has a 43.5% strikeout rate. Batting average against is .095 and ISO is .048. The BABIP is only .182, so some regression could happen, but swings and misses can’t contribute to BABIP.

As for home/road splits, Davis has been better on the road. That’s to be expected, although most of his control problems have been on the road, as 13 of 17 walks issued have been away from Coors.

I think the plate discipline numbers show all that is wrong with Davis right now. First strike percentage is at 48.3%, the first time under 50% for his career. Batters are swinging at a career-low 63.7% in the strike zone and 41% in general. Contact rate in the strike zone is a robust 92.5%. That number had been in the 70% range three of the past four year. Swinging strike rate is 10.6%, after being 15.4% the prior year. My interpretation is that Davis is nibbling. Falling behind hitters, then getting crushed when he has to challenge. The velocity on his fastball was 96.7 mph four years ago. It has steadily declined to the current 94.6 mph. The decrease in velocity, coupled with pitching in Coors, has messed with his overall game. That’s the only way I can explain his road woes, outside of not staying at a Holiday Inn.

Davis is 32 years old and making $16 million this year, $18 million next year, and $17 million in 2020. In 2021, there’s an option for $15 million. There’s a chance a contender would be willing to eat that contract to bolster their bullpen, considering the cost to acquire should be decreased, but me thinks he stays in Colorado. If so, he would remain the closer, and be given every chance to “figure things out.” Davis is a veteran and the curveball has been downright filthy. I would think he’d figure out the fastball control sooner rather than later. 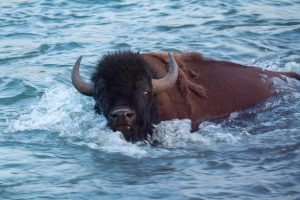