I’m Asian, so [email protected]#! Yuli Gurriel! I’m also a fantasy baseball writer, so separation of emotion from the numbers is a must. Much strength will be required in providing an objective analysis regarding Gurriel, so I’d appreciate if you click this post trillions of times so I can supersize my McyD’s and get the kids some new shoes. Thank you. Gurriel clubbed 31 homers last season and had a triple slash of .298/.343/.541. As a result, his average ADP from NFBC drafts (1/1/20-2/15/20) is the 125th overall player. [email protected]#! Yuli Gurriel?

Gurriel is 35 years old, yet has only played three and change seasons in the bigs. His rookie season consisted of 36 games and 137 plate appearances. Yes, Grey, I’m writing up another old guy. Maybe I have a thing for the olds? Should I hit up AARP to sponsor my posts? Anyways, in the past years when he played full seasons with the Astros, Gurriel never hit below .290 and never struck out more than 11% of the time. The swinging strike rate has never been in the double digits and the contact rate in the strike zone has always been above 91%. Translation: he’s a professional hitter.

It’s the power that needs to be questioned. In 2018, he hit 13 homers. In 2017, 18 homers. We also know the baseball had less drag last season, which assisted in Gurriel hitting 31 homers. Or did it? Or was it the “cheating”? Maybe it was a combination of both?

The “cheating” angle is obviously a tough one to decipher, especially since the alleged activities started the same year Gurriel debuted in the bigs. It’s impossible to quantify or project how much Gurriel’s stats would need to be downgraded, but it’s fair to assume that the loss of certain advantages would have some impact. I liken it to a batter facing an 0-2 count versus 3-0. All the numbers show that batters are much more successful when in a 3-0 count. This is due to being able to sit on a certain pitch in a specific location, but also the repertoire shrinking for the pitcher. With that said, let’s give him the benefit of the doubt and say he received no benefit from the cheating. That 31 home run season sure does stick out like a sore thumb.

When I search for breakout or bounceback players, I always look for an injury that may have hampered their prior season or a change to the pitching arsenal/hitting approach. Should that same concept be utilized the other way as well? I didn’t find anything for Gurriel. Now, he does have skills, so the batting average and strikeout rate should be fine but……his ADP over the past four years has been: 277, 259, 193, and now 125 this year. The trend is usually our friend, but has the market topped out?

Rudy has Gurriel projected for 143 games, 607 plate appearances, a .288/.322/.484 slash, 23.3 home runs, 82.7 runs, 93.1 RBI, and 4.8 stolen bases. The regression is factored into the numbers, but is it far enough? Rudy is a wizard, but those numbers seem high for me. I wouldn’t be surprised if he hits 15 home runs this season. With that said, say the projections are close. You have to pay a top 125 price for him, which is too high considering the many unknowns. In addition, I could get Daniel Murphy, who projects for similar numbers, over 100 picks cheaper.

[email protected]#! Gurriel in real life and for fantasy. 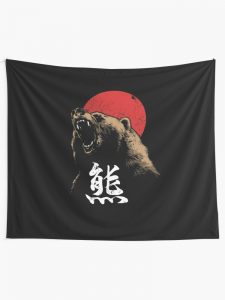