When I was a young pup, say around eight years old, my pops entered me into the Mt. SAC Relays, which was and still is to this day an annual track and field festival. I had never run before. I didn’t have cleats. I was dressed in a freaking izod polo shirt for goodness sakes. I still remember it being the red one. Later in life, I asked my pops why he did it. He answered, “I wanted to see how fast you could run.” LOL. For full disclosure, my pops was not a degenerate gambler. Anyways, it was actually a cool experience running in a stadium with people for the first time. And I held my own, which meant not coming in last place. My most distinct memory of that race, though, was a fellow who jetted from the starting line and galloped his way around the track. We ran the 800m race, which is two laps around the track. And said fellow almost lapped us. I’ve never been in awe of someone running before. Which brings me to this fantasy baseball season. It’s not the marathon we are accustomed to, but it’s not a 100m dash either. It’s going to consist of a few laps around the track. Normally, I would eschew hot starts because of the length of a normal season and the fact that the rest of the league would have time to figure out and humble hot player, but these are not normal times. 60 games. That’s it. A player could get hot and remain hot for the entire season! One player who’s sprinting out of the gate is Kyle Lewis of the Seattle Mariners. In 13 plate appearances, Lewis has clubbed two homers with a slash of .364/.462/.909. The sample size is obviously small, but I’ll dig into the data and try to find nuggets that will show whether or not the hot streak is sustainable.

The BABIP is .667 and the ISO is .545! I know, I know. It’s only 13 plate appearances. That .364 batting average is obviously coming down. So is the ISO. Steamer has Lewis projected for a .232 batting average and .166 ISO. The current strikeout rate is 46.2% while the walk rate is 15.4%. Steamer has those numbers at 29.6% and 7% respectively. The one thing we can take away from all of this is that Lewis is going to whiff a lot. But that’s okay, as many of the best homerun hitters in the game swing and miss often.

Is there anything to be gleaned from the plate discipline numbers? The swinging strike rate and contact rates are all atrocious, but the chase rate is at only 25%. That’s encouraging. The overall swing rate is also low. Yet again, the sample size is too small.

This is how pitchers attacked him: 57.05% hard stuff, 31.48% breaking balls, and 11.48% offspeed pitches. So, Lewis showed he could handle heat. Sorry. Excuse me. Lewis showed that he can, not only handle the heat, but murder it. That’s standard protocol when new hitters enter The Show. See if they can handle the heat first and foremost. Lewis passed with flying colors.

Here’s where things get interesting. The pitch breakdown so far this year has been 39.66% hard stuff, 53.45% breaking balls, and 6.9% offspeed. Once again, small sample size, but it’s encouraging nonetheless that he’s shown that he’s not the next manifestation of Pedro Serrano.

Curveball on the outer part of the plate from Lance McCullers Jr.. Oppo taco. Jerry Dipoto said on his radio show, “Kyle just lets it travel so far into the zone, and he hit that ball into dead right field about 10, 12 rows up, which is where left-handed power hitters pull the ball. For a right-hand hitter to hit the ball that way without leveraging his swing to the pull side is really indicative of top of the scale raw power, and we’ve always believed that Kyle had that.”

I hate the swing and miss, but I love the approach and power.

Lewis is hitting third or fourth in the batting order, which is prime real estate. The crazy thing is that he’s only owned in 23.3% of ESPN leagues. What the $#@!? Lewis is scorching hot right now and there’s no telling how long the heater lasts. If and when it ends, then you jump off and move on. Until then, enjoy the ride. 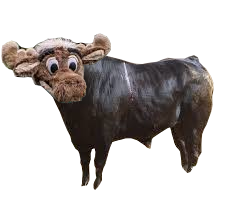